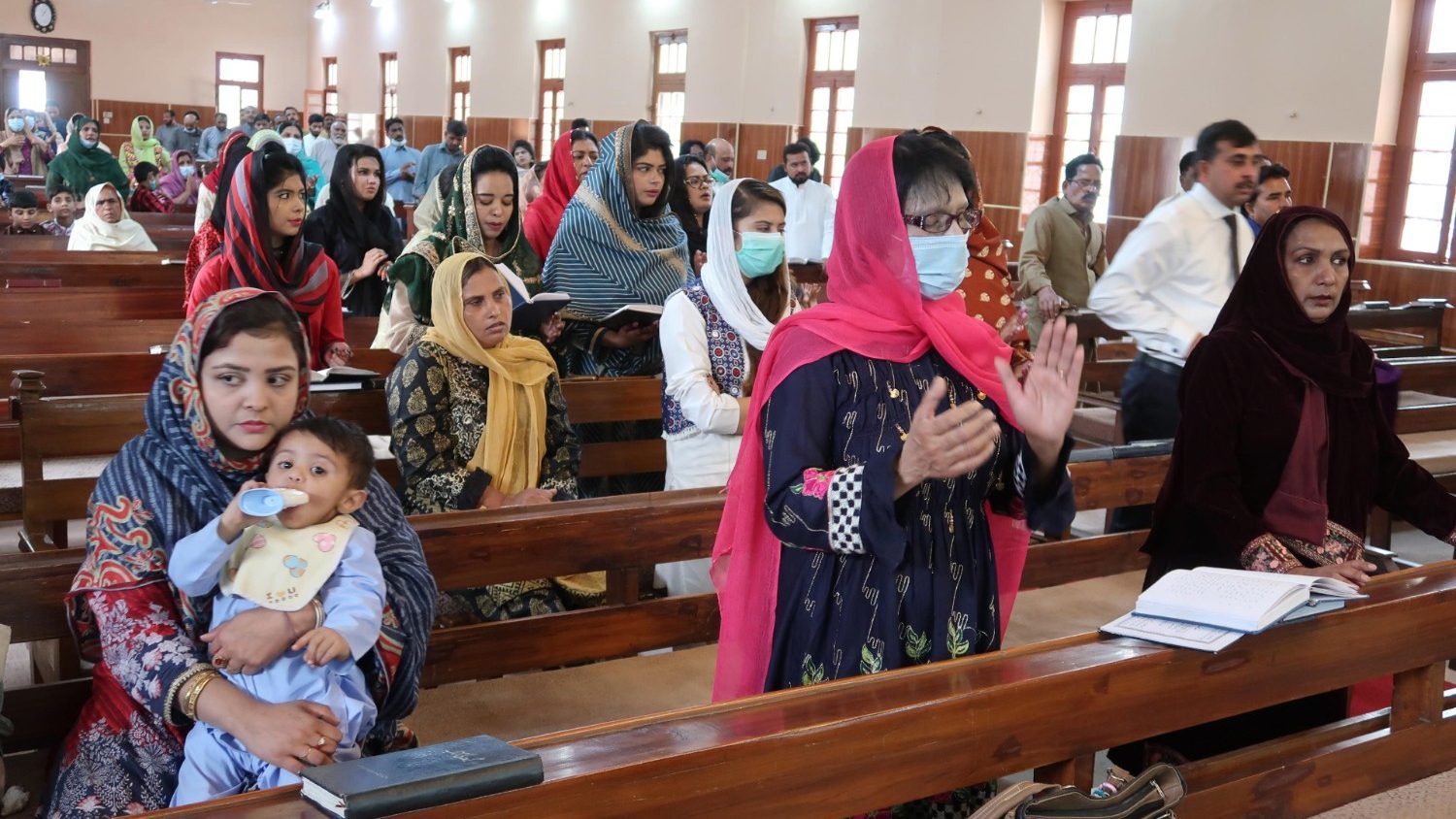 A Pakistani High Court on Thursday overturned the death sentence handed down to a Christian couple for alleged blasphemy against the Prophet Muhammad after they spent 6 years on death row.

Justice Shehbaz Ali Rizvi and Justice Tariq Saleem Sheikh of the Lahore High Court dismissed the case against Shafqat Emmanuel and his wife Shagufta Kausar saying evidence against them were not convincing. “Your testimonies are defective. Can you describe how we can hang them?” the judges asked the prosecution. The Court overturned the death sentence and ordered the couple released.

The couple from Gojra town in the eastern province of Punjab were arrested on July 25, 2013, for allegedly sending blasphemous text messages to the complainants, shopkeeper Malik Muhammad Hussain and Gojra tehsil bar’s former president Anwar Mansoor Goraya.  In April 2014, an additional district and sessions judge of Toba Tek Singh handed down the death sentence to the couple for blasphemy and fined Rs 100,000 each.  The couple has denied the charges.

The couple’s lawyer, Saiful Malook, the Muslim lawyer who successfully defended Asia Bibi earlier and had her blasphemy conviction overturned in the Supreme Court, spoke to Reuters confirming the Lahore High Court had acquitted the couple. The husband and wife were expected to be freed in the next two days after the necessary paperwork was done, he said.

Prosecution lawyer Ghulam Mustafa Chaudhry told Reuters that the prosecution would employ all available remedies against the decision.

“I fought a legal battle for this innocent couple for years,” Malook told The Associated Press. “I am very happy to be instrumental in saving more innocent lives and proving the failure of the case against the Christian couple,” he told UCA News.

The two are being been held separately some 240 km apart.  Emmanuel is held in Faisalabad’s District Jail while his wife is in the Women’s Prison Multan, the only jail for females in Punjab province.  Emmanuel is confined to a wheelchair due to a spinal injury after an accident in 2004, while Kausar worked as a caretaker in a Christian school.

Kausar’s brother told the BBC last year that the couple was innocent, and he doubted they were literate enough even to have written the abusive messages.

The issue of Emmanuel and Kausar was taken by the European parliament.  On April 29, the European Parliament adopted a resolution on Pakistan’s controversial blasphemy laws, in particular the case of the couple.  It noted a sharp rise in targeted killings, blasphemy cases, forced conversions, and hate speech against religious minorities including Ahmadis, Shia Muslims, Hindus, Christians and Sikhs.

The European Parliament called for a review of Pakistan’s GSP+ status, which removes import duties from products coming into the EU from developing countries in return for agreements on issues such as human rights and labour rights.

Lamenting that the appeal of Kausar and Emmanuel keeps being postponed, the European Parliament urged “Pakistani authorities to release Shafqat Emmanuel and Shagufta Kausar immediately and unconditionally and to overturn their death sentence”.

According to Pakistan’s blasphemy, insulting the Prophet Muhammad is a crime punishable by death, while offending the ‎ Koran, Islam’s holy book, incurs life imprisonment.

The laws remain an extremely sensitive issue in ‎the predominantly Muslim nation and they have ‎drawn intense criticism even within the country.

Blasphemy charges tend to trigger violent reactions among Pakistan’s Islamic radicals, who interfere with the proper operations of the court system and threaten judges.  Attacks, including assassinations and lynchings, are targeted against the accused or those who defend them.

According to Aljazeera, at least 78 people have been killed in such attacks since 1990. Those killed include people accused of blasphemy, their lawyers, family members, rights activists and religious leaders.

Pakistan’s most famous blasphemy case was that of Asia Bibi, a Catholic woman who was arrested and imprisoned in June 2009 on allegations of insulting the Prophet Muhammad, charges which she and her family have always denied. In 2010, she was sentenced to death.

Former Punjab governor, Salman Taseer, and the Minister for Minorities, Shahbaz Bhatti, a Catholic,  were both assassinated in ‎2011 after they defended Bibi and spoke out ‎against her death sentence and the misuse of ‎the blasphemy laws.‎‎

Pakistan’s Supreme Court acquitted Bibi on October 31, 2018, ordering her release, a verdict that was met with violent backlash by hardline religious groups. On 29 January 2019, a petition requesting an appeal against her acquittal was rejected.

Fearing her safety in Pakistan, Bibi left the country in May 2019, after nearly a decade in prison.

She was the first woman in Pakistan to be sentenced to death for blasphemy and would have been the first person in the country to be executed for blasphemy.

Share on FacebookShare on TwitterShare on PinterestShare on EmailShare on LinkedIn
Countdown to beatification of martyred Italian nun begins with Eucharistic adorationNew Zealand: Views of Catholics sought on synodal journey