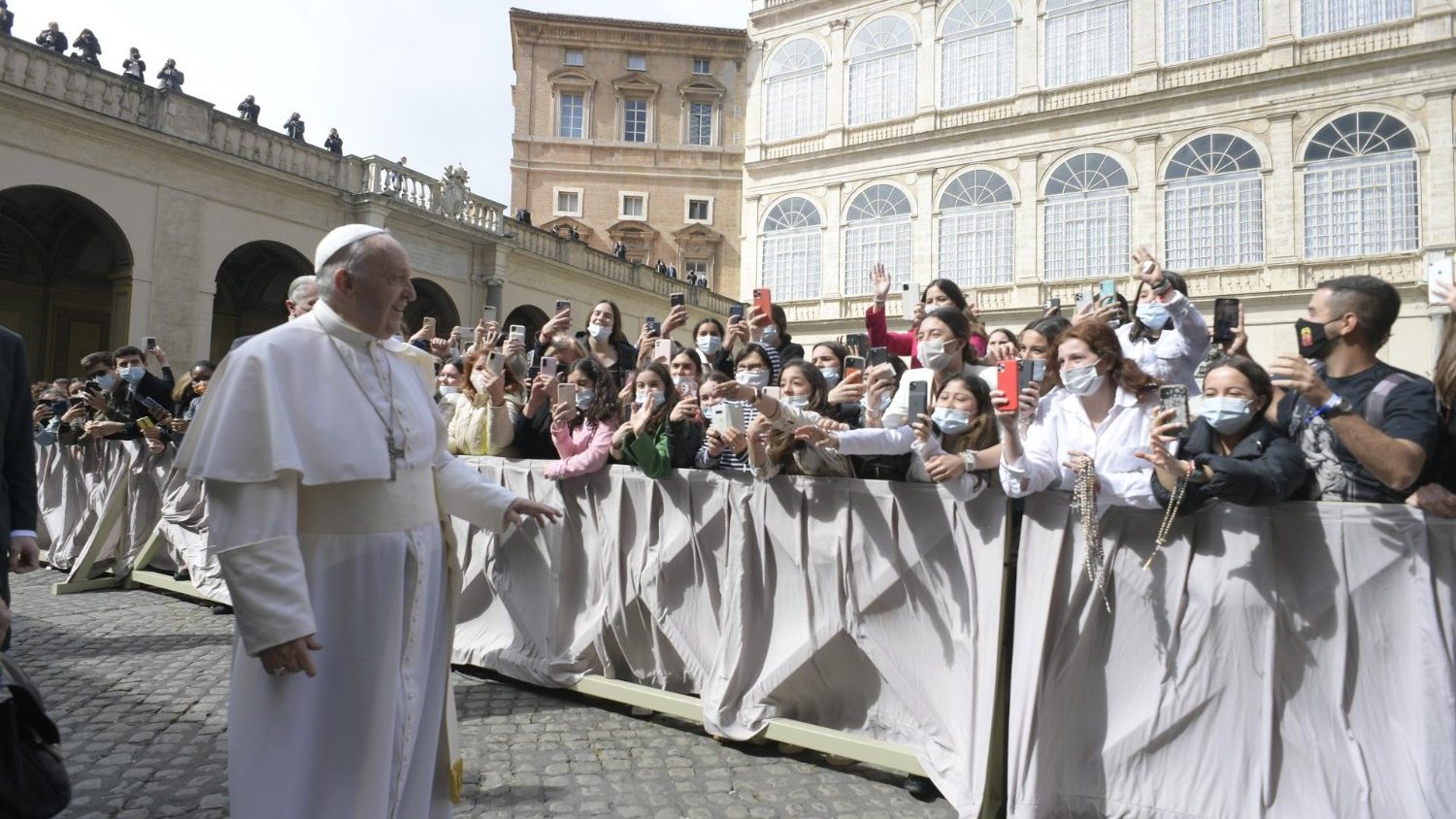 Speaking at the Wednesday General Audience, Pope Francis identified three difficulties we often experience in prayer: distraction; feelings of dryness or barrenness; and “acedia,” a certain listlessness in prayer.

Distraction is a common experience, not only in prayer but in all we do. “The human mind finds it difficult to dwell for long on a single thought; we all experience this constant whirlwind of images and illusions in perpetual motion, which accompany us even in our sleep.” But if we give into this temptation, said the Pope, we are unable to do anything well.

The Pope explained that distractions are not sinful in themselves, but we must nonetheless fight against them. To do so, we must embrace the Gospel virtue of perseverance. We do not know the day or hour in which Jesus will come, and so we must be watchful, striving to concentrate and be attentive to the task at hand.

Aridity or “dryness” in prayer – when prayer seems to do no good, and inspires no joy or enthusiasm – is different from distraction in that it doesn’t always arise from within us.

Sometimes, said Pope Francis, God Himself allows us to experience this spiritual dryness, and at such times we must rely on “pure faith.”

Quoting the catechism, he described it as a form of depression due to “lax ascetical practice, decreasing vigilance, and carelessness of heart.” As one of the seven deadly sins, “it is fuelled by conceit, and can lead to the death of the soul.”

In the face of this “succession of enthusiasm and discouragement” in prayer, Pope Francis called on Christians to persevere, to always keep walking.

“All the saints have passed through this ‘dark valley’,” he said, and we should not be scandalised when we hear about their struggles with prayer, “the account of evenings of listless prayer, lived without taste.”

At those times, the Pope continued, we must learn to remain constant in prayer. “Believers never stop praying!” he insisted.

Even if, like Job, we complain and protest against God, “we know that at the end of this time of desolation” God will answer us.

“God will gather up even our harshest and most bitter expressions with the love of a Father, and consider them as an act of faith, as a prayer,” concluded Pope Francis.

Share on FacebookShare on TwitterShare on PinterestShare on EmailShare on LinkedIn
Francis' new ministry of catechist may help shrink the clergy-laity gapLaudato Si’ Week: Covid-19 Commission hosts event on health and ecology