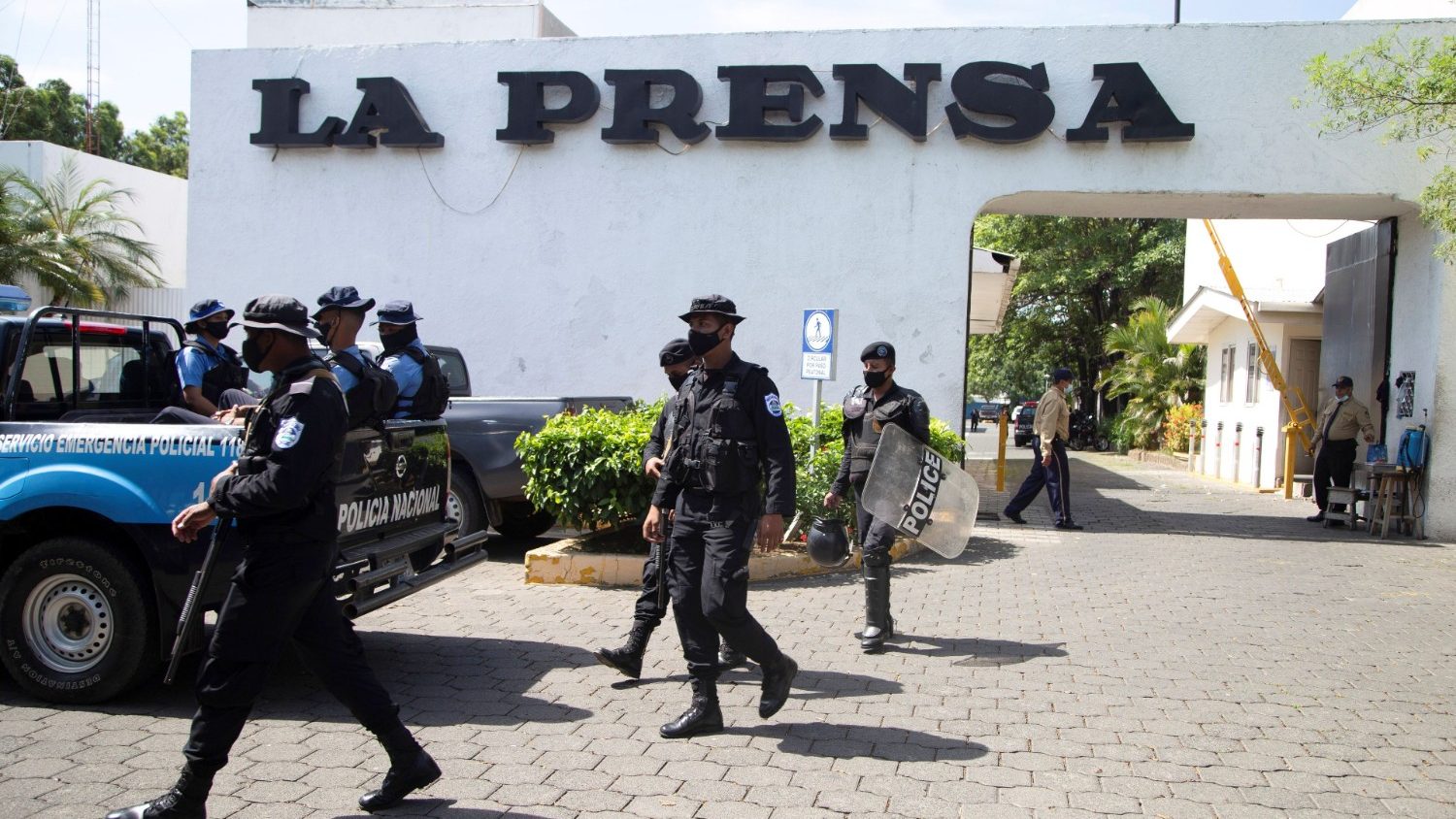 In Nicaragua opposition to President Daniel Ortega comes at a price, and at high noon on Friday, La Prensa, the nation’s only remaining national newspaper found this out to its cost. Police in pickup trucks pulled up into the car park, where there is a large Nicaraguan flag on a towering steel poll, and raided the building, removing box loads of unspecified materials.

While this was being done, electricity and the internet were temporarily cut, and journalists were not allowed to use their cellular phones. But photographers picked up their cameras and took plenty of photographs. Charges accusing the newspaper of customs fraud and money laundering have now been lodged.

La Prensa is owned by Christiana Chamorro. She was placed under house arrest two months ago. One of her brothers has also been arrested while another fled the country. Their mother, Violetta, defeated Daniel Ortega in the 1990 Presidential Election. Since June 31 opposition politicians and activists, including seven potential Presidential Election rivals, have been detained by police, mostly accused of violating the sovereignty of the country.

The day before the raid, La Prensa suspended its printed edition, saying authorities have held up its imports of newsprint, insisting its fourteen reels are not enough for even one full edition. But the paper is planning to continue its online operation.

Seventy-five-year-old Daniel Ortega is running for his fourth consecutive presidential term. His wife Rosario Murillo is vice president and his running mate.