On Holocaust Remembrance Day, Pope says remembering is an expression of humanity 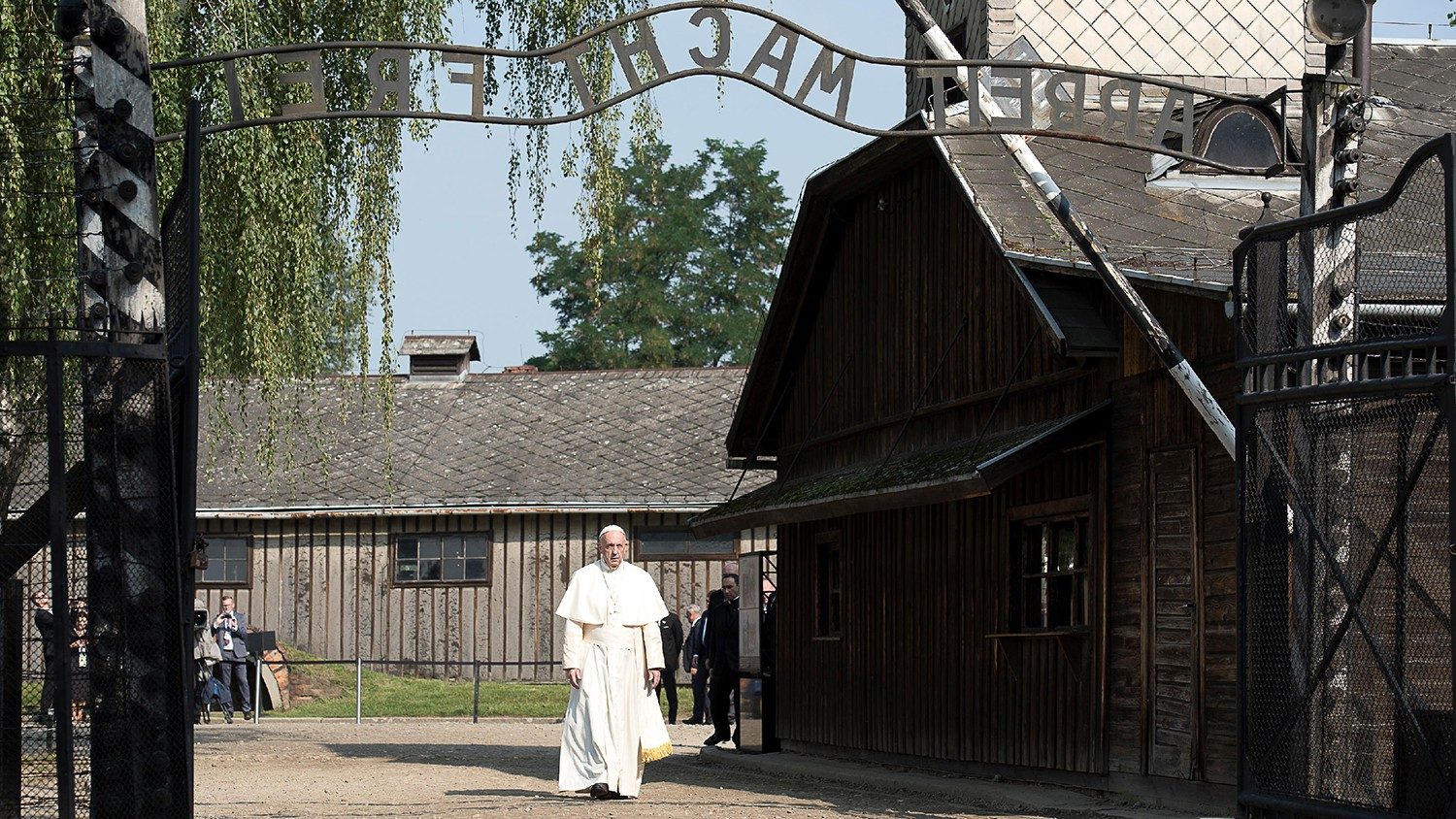 “Today we commemorate the victims of the Holocaust and all those persecuted and deported by the Nazi regime,” Pope Francis said at his weekly General Audience.

His remarks came on International Holocaust Remembrance Day, which occurs each year on the anniversary of the liberation of Auschwitz-Birkenau – the largest Nazi concentration and death camp – by the Soviet Red Army during the Second World War.

Memory a condition for a better future

Pope Francis continued, saying, “Remembering also means being careful because these things could happen again, beginning with ideological proposals intended to save a people and ending by destroying a people and humanity.” He warned that we must be attentive “to how this path of death, of extermination, and brutality begin.”

The Pope’s words echoed his message at last year’s observance of the Day of Remembrance, when he called on everyone to mark the day by taking a moment of prayer and recollection, “saying in our hearts, ‘Never again!’” Pope Francis appealed for remembrance of the Holocaust, saying, “In the face of this immense tragedy, indifference is not admissible and memory is due.”

Pope Francis himself visited the Auschwitz-Birkenau Memorial and Museum, on the site of the infamous Nazi death camp, during his visit to Poland in 2016. He became the third Pope to visit the site, following Pope St John Paul II and Benedict XVI.

Pope Francis’ visit was marked by profound silence, beginning with his passage through the gates to the camp, marked by the notorious slogan, “Arbeit macht frei” – “Work sets you free.” He prayed in silence in the cell of St Maximilian Kolbe, who gave his life for a fellow prisoner in the camp; and later met with Auschwitz survivors.

Share on FacebookShare on TwitterShare on PinterestShare on EmailShare on LinkedIn
Pope Francis on Holocaust Remembrance Day: ‘These things can happen again’Official theme song for World Youth Day 2023 released