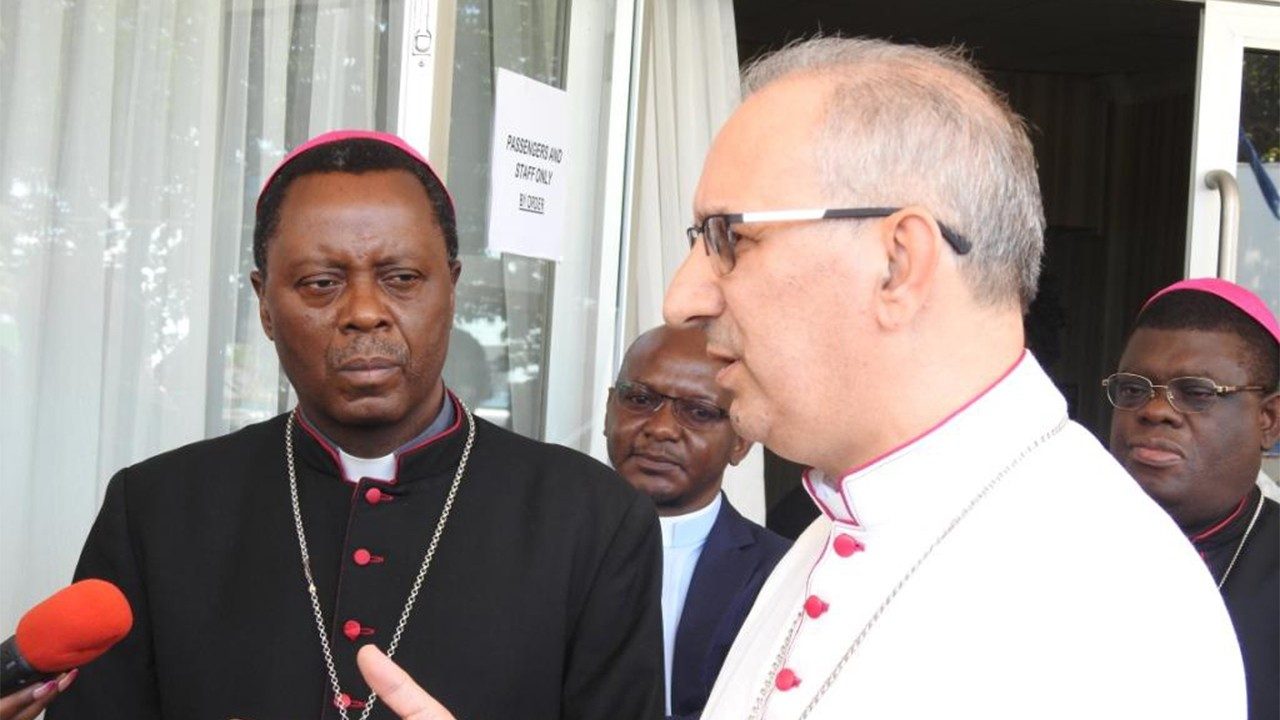 The Apostolic Nuncio to Nigeria, Archbishop Antonio Guido Filipazzi, urged the clergy, religious and lay faithful to be trustworthy, transparent, selfless and generous stewards in the discharge of their duties in the Church, following the way of Jesus.

Archbishop Filipazzi made this call during the opening ceremony of the maiden General Assembly of the Abuja Archdiocese, which was held on Friday at Our Lady Queen of Nigeria Pro-Cathedral, Garki, according to a report shared with Vatican News.

The General Assembly, with the theme “Catholic Archdiocese of Abuja: Together in Evangelization,” saw Bishops, priests, religious men and women, and the laity gathered together to discuss means of strengthening the faith of God’s people amid the ongoing Covid-19 health crisis.

Addressing the participants, Archbishop Filipazzi said that “an administrator is neither a master nor a slave who cannot decide anything, but one who is given a responsibility by the Master.” In this light, the faithful are called to be “true administrators of divine mystery” entrusted to them by Our Lord, according to their varying roles in the Church.

The Apostolic Nuncio also said “differences must not lead to division,” as everyone, though different, must strive for unity since there is no room for divisions in the body of Christ.

Archbishop Filipazzi, speaking on the upsurge in violence in northern Nigeria in a Vatican News interview on 29 August, had also called for shunning divisions along religious and ethnic lines. Rather, he appealed for “general respect of the law and general intervention of the government” in the violent attacks which have claimed many lives and caused massive material damage.

Concluding his speech, the Nuncio brought to the fore the important significance the Archdiocese bears by encompassing the nation’s Federal Capital Territory, stressing that Abuja has the grave responsibility of “showing good example and portraying a good image of the Catholic Church in Nigeria.” The Archbishop also prayed that the assembly would foster this goal and wished the participants success in their deliberations.

Giving the homily at the Mass during the same occasion, Archbishop Ignatius Ayau Kaigama of Abuja expressed his hope that the General Assembly would help to examine how the Archdiocese had metamorphosed into its current state from its humble beginnings, as well as how it can “continue to contribute to the overall development, welfare and progress of our Church, and the nation.” He also hoped that with the cooperation of all, the pastoral areas in the Archdiocese would “grow to quasi-parishes and then to parishes.”

Amid the ongoing Covid-19 crisis, the Archbishop highlighted the channels of communication at the disposal of the faithful and encouraged their usage.

“In our Archdiocese, we have the Catholic Television and Good Shepherd newspapers which are essential to supporting and sustaining our faith and spirituality,” he said. “We need to use these more effectively at these challenging times, especially with our newly-created 30 pastoral areas and expanded 11 Archdiocesan commissions.”

In addition, he called for the annual celebration of “Children’s Day” in schools and parishes as well as the establishment of the “Holy Childhood Association” to teach children “how to share with others and to sacrifice for the sake of the Gospel. Likewise, he appealed for the activities of the Pontifical Mission Societies (PMS) to “be taken more seriously.”

Reflecting on the recent upward review in the pump price of petrol in the West African country, Archbishop Kaigama appealed to the government to prioritize poverty alleviation and improving the livelihoods of Nigerians, adding that the latest increase will “make life intolerable at this very difficult time.”

“I can only beg on behalf of the poor and the needy that the government should have mercy on us,” appealed the Archbishop. “We are at the grassroots and I meet people who are really poor and in need and with all these increases it makes life more intolerable.”

As a priest, the Archbishop continued, “I can only pray that God will do something for the poor and needy but God does not operate in a vacuum, he uses our leaders; the President, the governors, local government chairmen. I know they can do something.”