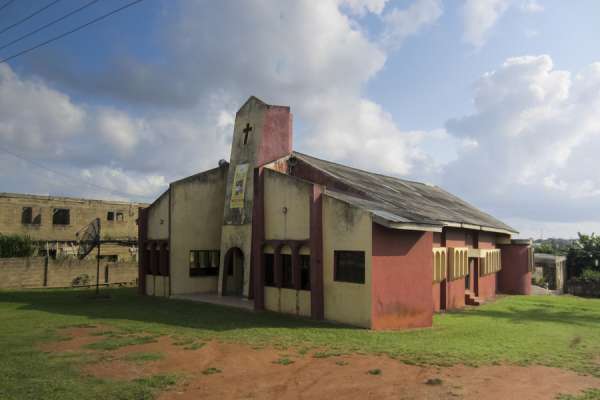 Washington D.C., Dec 18, 2020 / 10:00 am (CNA).- The world must not ignore the “genocide” of Christians in Nigeria, the Catholic Bishop of Gboko told members of Congress on Thursday.

“The mass slaughter of Christians in Nigeria’s Middle Belt, by every standard, meets the criteria for a calculated genocide from the definition of the Genocide Convention,” Bishop William Avenya of Gboko, in center of Nigeria, told a congressional commission on Thursday.

The bishop said that “it is depressing that our Middle Belt region has truly become a vale of tears, a region where mass burials are very common!”

Bishop Avenya was testifying at a Dec. 17 hearing of the Tom Lantos Human Rights Commission, a bipartisan congressional commission, on “Conflict and Killings in Nigeria’s Middle Belt.”

The Middle Belt is a fertile region stretching across the central part of Nigeria, the site of an increasing amount of violence in recent years where many farming villages in a predominantly Christian have been attacked.

According to the International Crisis Group, there were an average of more than 2,000 fatalities per year from 2011 to 2016 in the Middle Belt. Although 600 have died in the Middle Belt this year, the number is nearly six times that when the area of concern includes the country’s north, said Robert Destro, Assistant Secretary for the Bureau of Democracy, Human Rights, and Labor at the State Department.

Christians and Muslims in Nigeria have suffered an mounting toll from violent attacks by Fulani militants in the Middle Belt and in the country’s northeast by the terror groups Islamic State West Africa Province (Iswap)—formerly Boko Haram—and by the new Boko Haram group that split off from Iswap.

According to the UN’s refugee agency (UNHCR), more than two million are estimated to be “internally-displaced” in Nigeria.

The drivers of the violence are complex, members of Congress and State Department officials said on Thursday.

Fulanis are nomadic herdsmen who populate the broader region of the Sahel, some have been driven south into the Middle Belt by desertification caused by climate change, commission co-chair Rep. Chris Smith (R-N.J.) said on Thursday, and he noted there are also counter-reprisals committed against Fulanis.

he largest, dominant driver of conflict in the Middle Belt region is committed by Fulani extremists, who appear driven in large part by ethno-religious chauvinism, against mostly Christian farmers – though I do note that elsewhere Shia Muslims are also victims, and that intra-Sunni conflicts also exist within the Muslim community as well,” Smith said.

Many of the reported attacks on villages are “massacres,” Smith said, as civilians are targeted for killings, injuries, and rape.

In 2017, Catholic bishops reported an increasing number and intensity of attacks by Fulanis, who were employing sophisticated weaponry not before seen in previous herder-farmer clashes.

Some bishops have emphasized the ethno-religious nature of the attacks, claiming that the largely-Muslim Fulani militants specifically target Christian villages and churches.

However, one Nigerian priest involved in conflict management recently told Aid to the Church in Need that the violence “is more of a resource conflict than a religious one,” as the nomadic herdsmen are in search of water and grazing land because of desertification.

U.S. religious freedom ambassador Sam Brownback said on Thursday that violence “often plays out along faith lines” even if the conflicts were not religious in origin.

Non-governmental organizations have warned of “increasingly religious undertones” to the conflict in the last year, he said, with reports of religious sites burned and forced conversions of some kidnapping victims.

Bishop Avenya charged the Nigerian government for failing to protect Christians in the Middle Belt.

“How can one explain a scenario where as many as a hundred innocent and defenceless villagers are killed in one single attack and no one says anything about it?” he asked.

“It appears that the system has not only permitted but is also aiding the enthronement of supremacist views of one religious group against the others,” he said.

Destro said that religious and political leaders and aid groups have emphasized the lack of security in the country.

“If a community calls the Nigerian equivalent of 911, nobody answers. There is no effective police protection,” he said. Local communities do not have the resources to protect themselves and prosecute the perpetrators of violence.

Destro noted that “the Nigerians themselves are beside themselves” over the violence, and that “

here is some denial that there’s religious violence, but I did not find that to be the case in most instances.”

The hearing came after two more attacks on civilians were reported in international media this week. On Dec. 15, the Islamist terror group Boko Haram admitted culpability for the kidnapping of hundreds of schoolboys at a school in northwestern state of Katsina, and in the country’s southeast a Nigerian priest was kidnapped by four armed men on Monday, and later released on Wednesday.

Due to the ongoing violence against civilians in Nigeria, the State Department last week designated Nigeria a “country of particular concern (CPC)” for the first time ever—a listing reserved for the countries with the worst records on religious freedom, such as China, North Korea, and Saudi Arabia.

The CPC designation is “hopefully a true wakeup call” to the government, Smith said, noting that if there is no proper response to the designation, the U.S. should consider using sanctions.

Share on FacebookShare on TwitterShare on PinterestShare on EmailShare on LinkedIn
What comedians and Catholics have in common: They need to tell the truth.The culture wars continue apace