Home Test page Nigeria: Scores feared dead as boat capsizes with over 160 on board

Nigeria: Scores feared dead as boat capsizes with over 160 on board 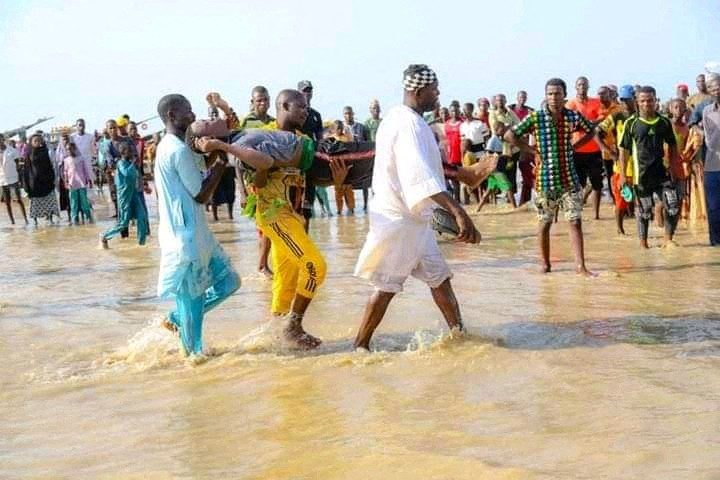 Scores of people are missing and feared drowned in northwest Nigeria after a boat carrying between 160 and 180 passengers capsized on the Niger River on Wednesday.

The boat had left Malale in Niger state and was heading to Kebbi state when the disaster occurred. The wooden boat sank near Wara, a town on the shores of Kainji Lake, a part of the Niger River.

Rescue operations began immediately but authorities said that around 20 people were rescued and five bodies recovered so far. All the others are still missing.

Authorities point to overloading as the cause of the tragic incident as it was reported carrying bags of sand from a gold mine.

Most of the passengers on the boat are from Kebbi state and are believed to be traders.

Nigerian president Muhammadu Buhari on Thursday described the tragedy as “devastating” and offered his condolences to the victims’ families.

He also extended his gratitude to all those involved in rescue efforts and wished those injured in the accident a quick recovery.

So far, authorities have not provided an official total of the number of the casualties

Wednesday’s tragedy is one of the deadliest instances of boat mishaps on Nigeria’s waterways where boat capsizings are often due to overcrowding and lack of maintenance, particularly during the annual rainy season.

Earlier this month, about 30 people drowned when an overloaded boat capsized in central Niger state. The boat, carrying about 100 local traders split in two after smashing into a stump during high winds.