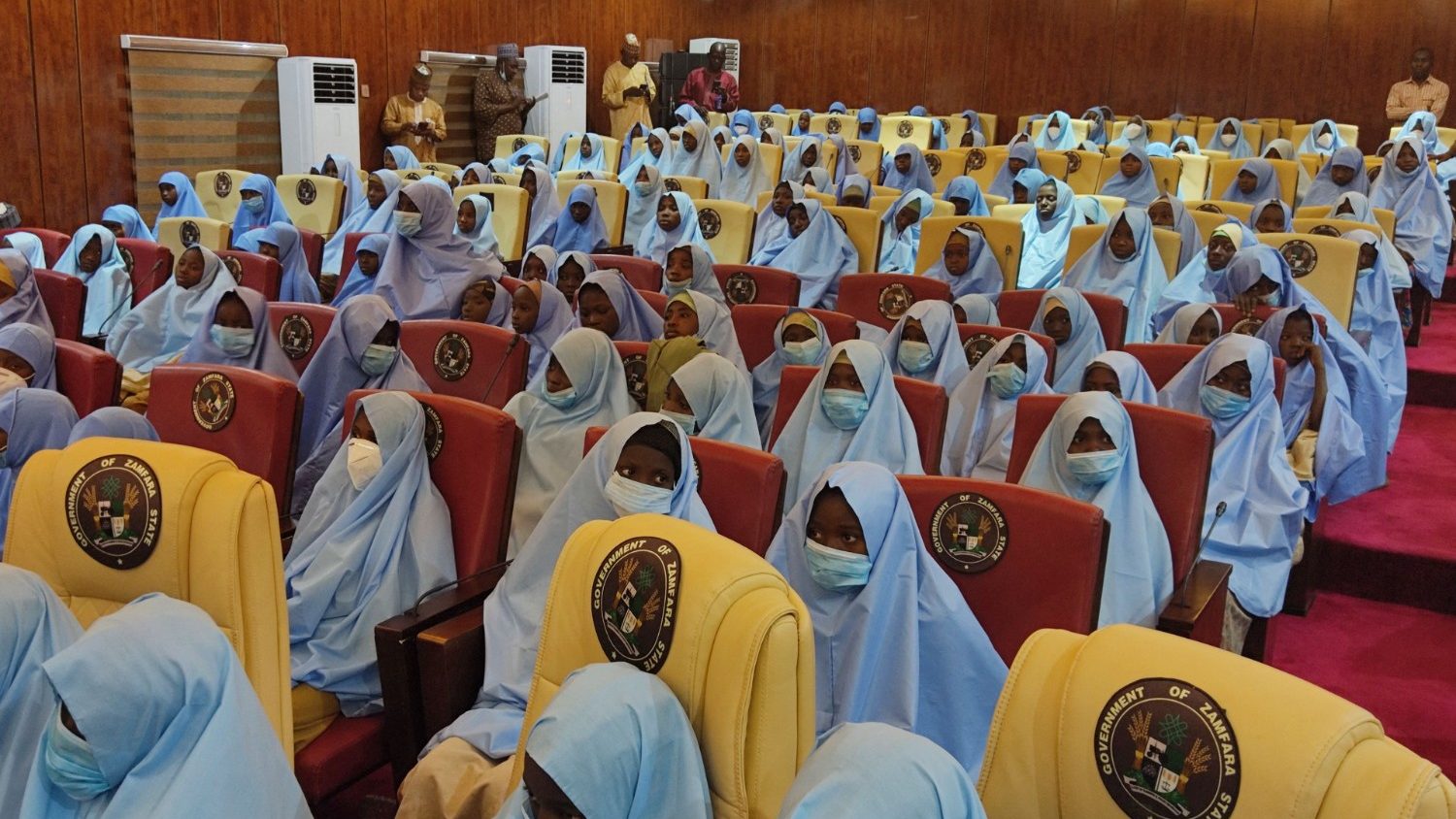 Hundreds of schoolgirls who were kidnapped from their school last week in northern Nigeria by a group of unidentified armed men have been released, local authorities said on Tuesday.

The schoolgirls were abducted on Friday from Government Girls Secondary School (GGSS) in Jangebe, Zamfara state, the second time in a week that students had been taken from a school in the country.

A few days before the latest kidnapping incident, over 40 people, including teaching staff and their family members, were abducted from a boys boarding school in Niger state. They were released on Saturday.

Confirming the release of the girls in a post on his twitter account on Tuesday morning, governor Bello Matawalle of Zamfara wrote: “It gladdens my heart to announce the release of the abducted students of GGSS Jangebe from captivity.” The governor also made reference to the “scaling of several hurdles” laid against efforts for their release but did not specify what the hurdles entailed.

During the Angelus on Sunday, Pope Francis condemned the “vile kidnapping” of the girls from their boarding school and invited everyone to pray for them so that they might return home soon.

“I am near to their families and to them,” the Pope said. “Let us pray that Our Lady might keep them safe.”

Not the first time

School kidnappings have increased in frequency in recent times in a worrying trend that has many concerned parents rethinking enrolling their children in boarding schools, especially in northern Nigeria. First adopted by extremist jihadist groups, the tactic has now been adopted by other militants whose agenda remain unclear. This has contributed to an unfortunate breakdown of security in the country, where kidnap for ransom is becoming a very profitable industry.

In December 2020, over 300 boys were abducted by armed gunmen in Kankara, Katsina, the home state of Nigeria’s President Muhammadu Buhari. The boys were later released after spending some days in captivity.

Another high-profile kidnapping case was the April 2014 abduction of 276 schoolgirls by the Boko Haram jihadist group in the northeastern region of Chibok, Borno State.