Newly-professed US religious ‘young and highly-educated’ 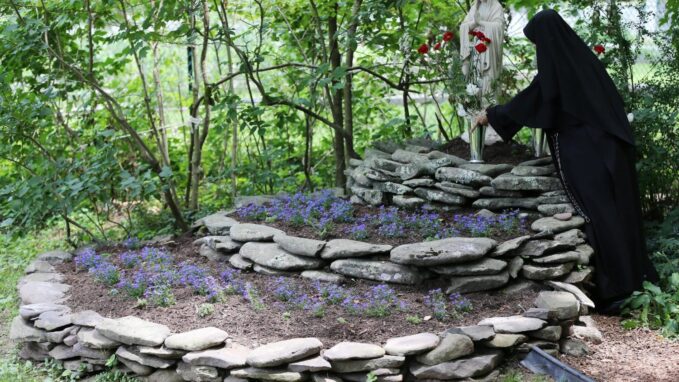 Most religious men and women who professed their perpetual vows in 2020 are highly educated, come from a Catholic family background, and have first considered vocation at a relatively young age.

This is according to new research conducted by the Center for Applied Research in the Apostolate (CARA).

The research was commissioned by the U.S. Conference of Catholic Bishops’ (USCCB) Committee on Clergy, Consecrated Life and Vocations (CCLV) ahead of the annual World Day of Prayer for Consecrated Life, to be marked on 2 February.

According to the survey, the average age of responding religious of the Profession Class of 2020 is 38. Half of them were 34 or younger. On average they were 19 years old when they first considered a vocation to religious life.  Three-quarters of the respondents come from families in which both parents are Catholic and 84% have been Catholic since birth.

The survey also found out that Profession Class of 2020 is highly educated.

Regarding ethnic and race background, seven out of ten identify themselves as Caucasian, European American, or white, while 13% identify as Asian/Pacific Islander/Native Hawaiian, 7% as African American and 5% as Hispanic.

Three-fourths of the respondents were born in the United States. Of those born outside the US, the most common country of origin is Vietnam.

Instituted by Pope St. John Paul II in 1997, the World Day of Prayer for Consecrated Life is celebrated in conjunction with the Feast of the Presentation of the Lord, also known as Candlemas Day, which commemorates through the blessing and lighting of candles that Christ is the light of the world.

So too, those in consecrated life are called to reflect the light of Jesus Christ to all peoples.

In view of this year’s recurrence, which US parishes will celebrate over the weekend of February 6-7 this year, Bishop James F. Checchio, chairman of the Committee on Clergy, Consecrated Life and Vocations, has invited the faithful to renew their gratitude to Christ for the gift of consecrated life.

“By their prayers and apostolates, those in consecrated life provide for us an example of Christ’s merciful love, and especially during these uncertain and difficult times, they point us to the reality that Christ is our ultimate goal,” he said.