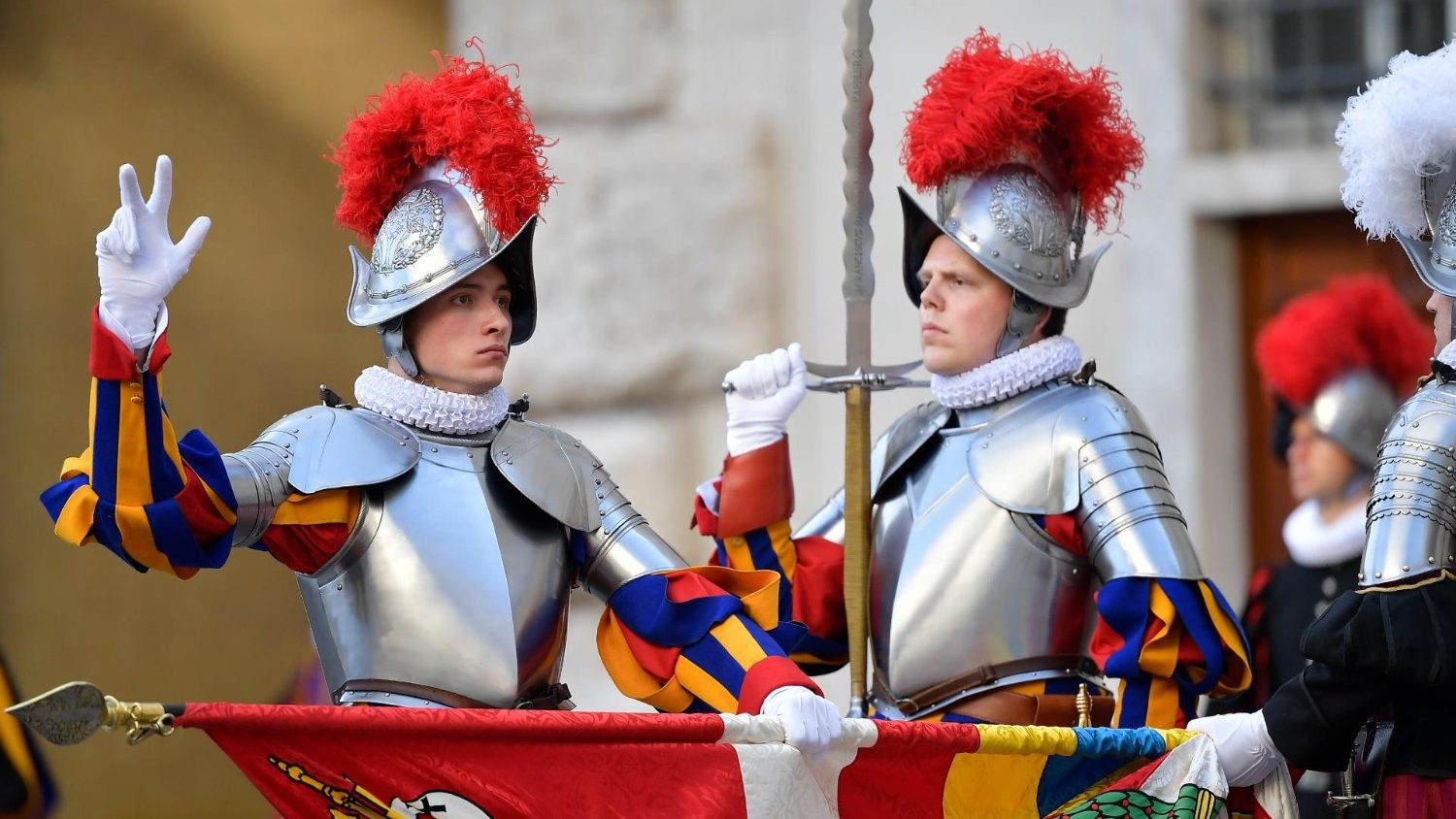 Thirty-four Swiss men swore their oath of allegiance in the Pontifical Swiss Guard on Thursday evening, at a solemn ceremony in the Vatican’s San Damaso courtyard.

The choice of location and date was an historic and deliberate choice.

It was here, on 6 May 1527, that 147 Swiss Guards gave their lives to protect Pope Clement VII as he fled to Castel Sant’Angelo during the Sack of Rome.

In a solemn and majestic ceremony, the Guard corps recalled that tragic day, as well as their dedication to serving and protecting Pope Francis.

With the 34 new recruits, the Pontifical Swiss Guard number around 130, just shy of the maximum allowed of 135.

These men have now sworn to serve in the Vatican for 26 months, though some may eventually decide to extend their tour for another year or two.

The swearing-in ceremony was held with a restricted crowd of family members of the new recruits and a handful of dignitaries. These included Archbishop Edgar Peña Parra, the Substitute of the Secretariat of State, and the President of the Swiss Confederation, Guy Parmelin.

Keeping alive the flame of tradition

The Commander of the Swiss Guard, Colonel Christoph Graf, spoke to the new Guards, who hail from all the major regions of Switzerland.

He thanked them for their decision to serve the Pope and the Church, and acknowledged that it is no small task to entice young Swiss men to “keep the flame of tradition alive.”

This flame, added Colonel Graf, must be combined with “the conviction that we are in the right place and an optimism that we can achieve a goal together.”

He concluded by offering the new recruits the example of St. Joseph, whom he called “a man of listening, of decisions, and of sincere, reliable, and integral action.”

St. Joseph, he said, “a man who, in spite of despite every fear and every doubt, courageously and in total trust in God, did perform all that was asked of him.”

The Chaplain to the Swiss Guard, Father Thomas Widmer, then offered the Guards a reflection on the spiritual meaning of “oath-taking”.

He said their sharp, military bearing is at its most impressive and beautiful when it is combined with interior courage in defending the Gospel.

Fr. Widmer lamented that this dedication to Christian values is often lacking in today’s society.

“You, as Christian soldiers, remember that you increase in courage and infinite power because Almighty God is with you,” he said.

“Your oath, dear Guards, in essence says: I am capable of remaining faithful and steadfast in representing and living out universal values and thus bearing fruit also for the good of society.”

Share on FacebookShare on TwitterShare on PinterestShare on EmailShare on LinkedIn
Podcast: Pope Francis removes special legal privileges from bishops and cardinalsOpinion: Is Pope Francis a “populist”?