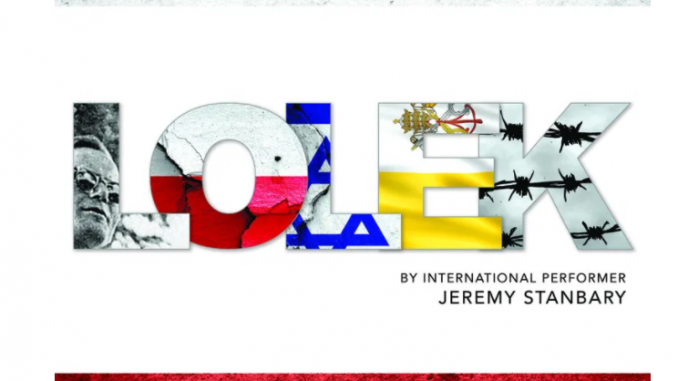 If it is true, as writer Ross Douthat would have it, that we live in an age of decadence characterized by sterile remakes, reboots, and revivals of earlier artistic works, it is also true that shoots of life are present underneath the dreck. Many of them are local productions that deserve an audience. And though the Catholic Church also has plenty of decadence, some of those local productions are being put on by Catholics.

Lots of attention was paid to Will Arbery’s 2019 off-Broadway play about “Crunchy Conservatives,” including Catholics, “Heroes of the Fourth Turning.” All good. But unless you live in Minnesota or western Wisconsin, you may not know that one of the freshest musical comedies to appear in the last decade focuses on that minority of serious young Catholics Colleen Carroll Campbell has dubbed the “new faithful.”

Catholic Young Adult: The Musical was written by a diocesan Catholic priest (lyrics and dialogue) and a monk (music), and was performed in a Catholic school theater in St. Paul, Minnesota, in November 2019. It was written by Fr. Kyle Kowalczyk and Brother John-Marmion Villa, BSC. the musical is a rollicking story of a group of young adults who have banded together to save their parish from being closed. Alternately hilarious and touching, it is ultimately a story about growing up and making decisions about marriage, religious life, and priesthood.

Full disclosure: while I don’t know Brother John-Marmion, I supervised Fr. Kowalczyk’s master’s thesis on why priests should be reading poetry. It was good, but Catholic Young Adult is an A-plus. The story affectionately mocks serious Catholics in all sorts of ways: from the traditionalist Catholic who always uses Latin words when possible—his name is not Paul but Paulus!—and accidentally mixes in illicit substances with his homemade incense to the advice on how to woo Catholic women in an authentically Catholic way, to the classic case of the people involved in young adult gatherings for whom the “late middle age group” might be more appropriate.

Both the gags and the serious points were delivered to sell-out audiences not just in witty dialogue but truly moving songs in the best traditions of the musical theater after 1944 when Oklahoma! started using the musical numbers to advance the plot rather than simply show off songs or performers. Catholic Young Adult gave the dating advice in a show-stoppingly hilarious slow jam called “Catholic Lady” and took on the difficult task of growing up and abandoning oneself to divine providence in a standard mixed-soliloquy number (think “One Day More” from Les Mis) titled “Letting Go.” The cast, which had a number of local professional actors alongside some talented amateurs, was more than up to the task of delivering moving solos and ensembles in a variety of genres.

My wife and I met in graduate school in New York, where we were able to take in a number of the most famous shows. As she said afterward, “I’ve seen Rent on Broadway—and this was better.” Readers interested in this musical can find some video of select numbers such as “Catholic Lady” as well as audio of a number of songs including “Letting Go” at the website of Missed the Boat Theater Company, the talented and dynamic band of Catholic young adults who produced it. The album of the complete music has just been made available on Spotify and Apple Music.

I was anxious to experience that two-hour bit of brilliance again this year, but it was sadly impossible to mount a large-ensemble show so as to appease the Minnesota Department of Health. Thankfully, another local theater company, on hiatus for a couple of years due to the loss of their building in Minneapolis, has risen again in the St. Paul suburb of Inver Grove Heights and has a powerful new three-person show running through December 20 that includes one of the stars of Catholic Young Adult.

Jeremy and Sarah Stanbary, married actors, started Open Window Theater in 2011 in order to create theater that explores both redemption and the darkness in life without surrendering to vulgarity in the name of realism. Their past successes include a number of standards as well as original plays written by Mr. Stanbary and other independent playwrights. This winter they were scheduled for a version of A Christmas Carol but have abandoned that in the face of the medical bureaucrats. However, the show must go on, in this case, “a show,” and in this case it’s a powerful one.

Lolek, written by Mr. Stanbary to celebrate the 100th anniversary of Pope John Paul II’s birth, is an original script dealing with the war years of the young Karol Wojtyla (the title is his youthful nickname), caring for his mortally ill father, navigating whether to pursue the life of a celibate priest or a married man, and participating in his own artistic act of resistance to the occupying Nazi regime by putting on clandestine performances of his Rhapsodic Theater in living rooms. Mr. Stanbary, though a bit older than the war-era Wojtyla, has an almost shaved head, a strong build, and a pretty impressive Polish accent, making it easy to think of him as Lolek.

In the opening scene, he is wearing one of those alien-looking gas masks with a filter, providing for plenty of one-liners about the hilarity of a society requiring face masks—and the “miracle element” that provided filtration in those old masks: asbestos! When I saw the play on November 6, Mr. Stanbary delivered these gags with impeccable timing and the masked audience responded accordingly. He delivers the more serious scenes in which he buries his father and laments the murder of a fellow seminarian with moving passion that does not verge into excessive scenery mastication.

He is matched by Mrs. Stanbary’s Halina, Wojtyla’s collaborator in the Rhapsodic Theater, friend, and would-be mate. I suppose it says good things both about their acting and their marriage that the Stanbarys do evidence chemistry on-stage. In a moving scene in which Halina attempts to sway the seminary-bound Lolek, they talk over their history as they waltz around the large open area in front of the raised stage. Lolek’s determined insistence that God wants him to be a priest provokes her withdrawal from the stage with a grief and anger that are palpable to the viewer.

Stealing the show in many cases, however, is Jeromy Darling, one of the stars of Catholic Young Adult. Darling manages five roles, including that of the local Nazi commander and also Wojtyla’s Jewish friend Jerzy Kluger. As the Nazi commander, Darling sometimes lapses into Hogan’s Heroes-like parody, a decision about which viewers will differ. As Kluger, however, and also as another friend of Lolek’s, he manages to create different personas that are vibrant and charming. In one scene in which Lolek is anxious about the fate of a friend, Darling provides the spiritual context to Lolek’s anguish as he beats out a rhythm with a crop while singing a plaintive, slightly folk-rocky version of John Foley’s Psalm 34, “The Lord Hears the Cry of the Poor.” While it seemed like it might veer into what many today call “cringe” territory, it was oddly moving.

The addition of voice-overs and scenery displayed on a screen behind the raised stage added to the largely bare set. The final scene is Lolek’s final performance for the Rhapsodic Theater, a recitation of the 19th-century Polish romantic poet Juliusz Słowacki’s prophetic 1848 poem “Our Slavic Pope.” Afterward, the screen shows us the rest of the story—the ascent to the throne of the 58-year-old Wojtyla as the 264th pope and words about his necessary role in the fall of the Soviet Empire.

At 75 minutes or so, this one-act manages to pack a punch. Only about 30 people (whose temperatures were taken upon entry) could fit in the theater due to Covid requirements, but the delight at being able to see a live show was palpable among we few … we happy, masked few. Those who want to see the show but are afraid of infection or can’t make it to Inver Grove Heights, Minnesota, can purchase access to a 4K-Ultra High Definition livestream of performances, too.

St. John Paul II himself predicted a “new springtime for the Church.” Our situation today proves that if so, it is more like a Minnesota spring, in which snow and ice often last well past the time one wants to be in shorts and t-shirts. Even amid the wintery conditions for the Church, shoots of new artistic life really are starting to be visible in performances that look at the past and the present. The Missed the Boat and Open Window theater companies are proving that artistic decadence in Ross Douthat’s sense is a choice. They choose differently.

Share on FacebookShare on TwitterShare on PinterestShare on EmailShare on LinkedIn
Exorcisms and the popes: Stories from inside the VaticanLaudato si’ in Australia: a conversion story