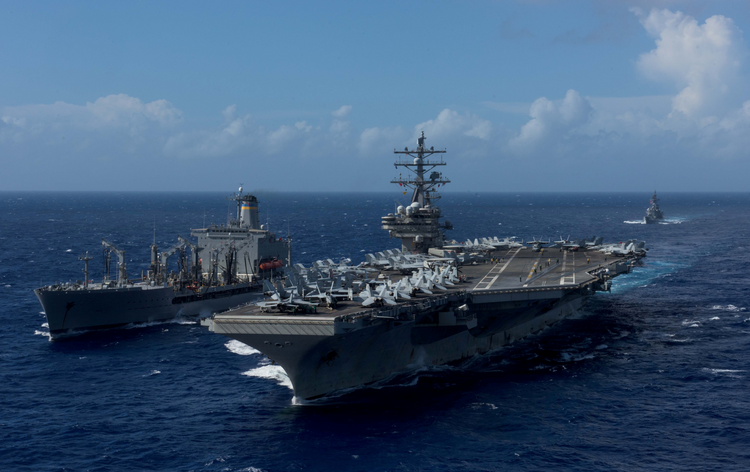 SAN DIEGO (CNS) — The commander of U.S. Navy Region Southwest in San Diego announced late Sept. 8 that for at least the next year, she was reversing her earlier decision to end Catholic services on three Navy bases.

The San Diego Union-Tribune daily newspaper reported Sept. 6 that Rear Adm. Bette Bolivar, the commander, was canceling its contracts with Catholic priests to say Mass for Navy personnel and their families, citing the need to cut costs. The move was going to affect Naval Base Coronado, Naval Support Activity Monterey and Naval Base Ventura County.

Protestant services, which are led on base by active-duty chaplains, were not affected.

“Contrary to previous discussions, this year we will continue contracted religious ministry programs and services similar to what we’ve had in place previously,” Bolivar said in a Sept. 8 statement. “We will also continue to assess how best to meet the needs of our sailors and their families throughout the region.”

According to the U.S. Archdiocese for the Military Services in Washington, only 48 priests serve as active-duty Navy chaplains, ministering to members of the Navy, the Marines and the Coast Guard. The current number of chaplains is “hardly enough to meet the pastoral needs of more than 135,000 Catholics now on active duty in all three service branches, plus their families,” it said.

So the Catholic Church depends on civilian priests under contract with the Department of Defense “to fill the gap,” the archdiocese explained. Contracting with these priests is what Bolivar had wanted to end.

In response to the commander reversing her decision, Archbishop Timothy P. Broglio, head of the U.S. military archdiocese, told Catholic News Agency early Sept. 9: “Catholics in the Navy and everywhere in this country rejoice in the decision by the U.S. Navy to reconsider closing the thriving Catholic programs at naval stations in California.”

The archbishop said in a statement posted a day earlier at www.milarch.org that the archdiocese had received “many messages” and was “well aware of the items published” about Bolivar’s initial decision regarding the pastoral care of Catholics at the three Navy bases — “all of which are currently served by civilian Catholic priests willing and able to continue their ministry.”

The military archdiocese calculated that by canceling the priests’ contracts, the Navy would have saved about $250,000 — or “approximately 0.000156% of the Navy budget.”

“It is difficult to fathom how the First Amendment rights of the largest faith group in the Navy can be compromised for such an insignificant sum,” Archbishop Broglio said.

A spokesman for the archdiocese said after learning of Bolivar’s move to cancel the priests’ contracts, Archbishop Broglio was in contact with the Navy’s chief of chaplains and had “been trying to meet with those responsible” for the initial decision.

FacebookTwitterPinterestEmailLinkedIn
Roberto Clemente pursued excellence. We can honor him by pursuing equality.Who was St. Peter Claver?