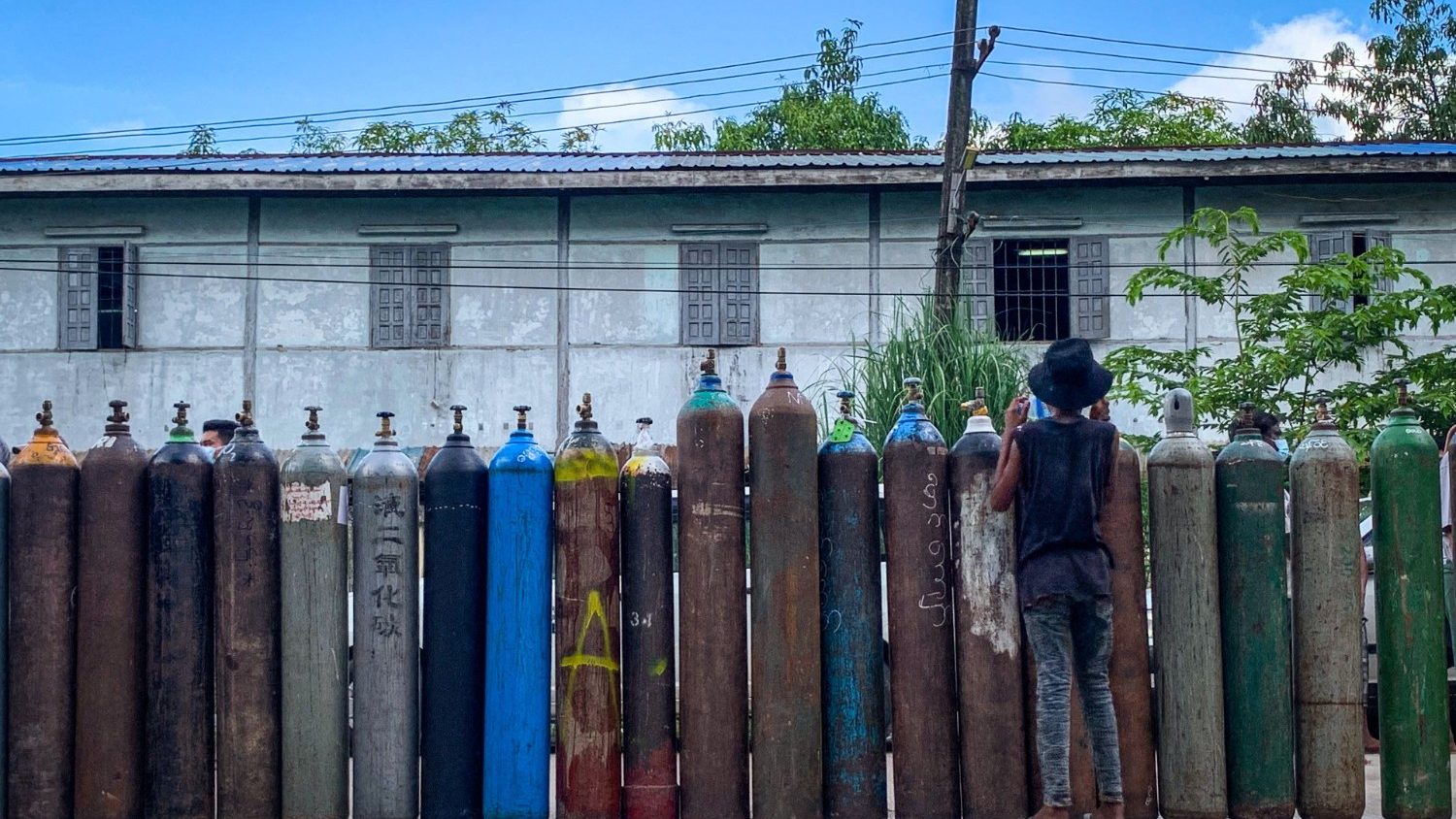 As Myanmar continues to be roiled in the standoff between the people and the security forces following the February 1 military coup, the Catholic Church in the country is trying to fill the gap in the response to the worsening Covid-19 crisis which has claimed the lives of priests and pastors as well as the people.

The United Nations on Wednesday called for urgent international help, warning of what it described as a “perfect storm” of factors that are fuelling the deepening Covid-19 crisis in the south-east Asian nation.

“An explosion of Covid cases, including the Delta variant, the collapse of Myanmar’s health care system, and the deep mistrust of the people of Myanmar of anything connected to the military junta, are a perfect storm of factors that could cause a significant loss of life in Myanmar without emergency assistance by the international community,” said Tom Andrews, the United Nations Special Rapporteur on the situation of human rights in Myanmar.

He said, “The junta lacks the resources, the capabilities, and the legitimacy to bring this crisis under control.” “The international community must help facilitate a non-junta, non-political body to coordinate a COVID response initiative that includes a vaccination programme that the people of Myanmar will trust,” he said.

Kalay Diocese, meanwhile, has established an emergency response committee to provide much-needed oxygen tanks, medical help and preventive measures. The committee has set up a clinic that provides medical help to the public, including Covid tests. The diocese, which covers Sagaing and northern Chin state bordering India, is one of the hardest-hit regions in the country following the third wave that erupted in early May.

Father Dominic Savio Thang Suan Langh, parish priest of St. Mary’s Cathedral in Kalay town, said it is a very worrying situation as cases have surged and there is a desperate need of oxygen for Covid patients amid an inadequate healthcare system. He said people wait in long queues to get oxygen from early morning but the demand is beyond the limited capacity of what the providers including charitable groups have.

“People are worrying about their daily livelihood, getting infected with the deadly disease and the urgent need for oxygen,” Father Thang Suan told UCA News.  Even with financial resources, he said, they cannot get oxygen supply due to growing demand.

The Church’s youth commission is tasked with renting oxygen cylinders for those most in need, while it has ordered more oxygen cylinders from Yangon.  Stocks are running out on Yangon and Mandalay.  Father Thang Suan said youth volunteers are also helping funeral services including burials at cemeteries.

Kalay Diocese lost 3 priests to the virus in June and 6 others are infected.  A priest and a nun in Kalay town are on oxygen.

The three priests are among 60 pastors from various churches who died of Covid-19 in Sagaing region and Chin state from January to the first week of July.  About 300 Christians including at least 14 Catholic laypeople from Kalay township succumbed to Covid-19 within the last month, according to Catholic sources.

Meanwhile, the army has also stepped up its offensive against insurgent ethnic groups in states such as Kachin, Chin, Kayin and Kayah, where there are sizeable Christian communities.  Places of worship have come under military artillery fire.

Even before the coup, Myanmar’s health system was struggling to contain the deadly virus.  “The healthcare system and medical services have all but fallen to the ground in a shambles due to the military’s persecution and terrorism against the people,” said Dr. Sasa, a spokesman for the National Unity Government established by ousted lawmakers.  Thousands of doctors, volunteers and civil servants have joined a mass civil disobedience campaign against the junta.

The Assistance Association for Political Prisoners (AAPP) (Burma), a non-profit human rights organization based in Thailand, which documents and compiles casualties in the country’s protests, on Wednesday reported 911 killed by the junta so far and 5257 still under detention.

The same day, the Military-controlled Ministry of Health and Sports recorded 4,047 confirmed cases of Covid-19 and 109 deaths, bringing total infections to 201,274 and the death toll to 4,036.

The UN Special Rapporteur said the UN and others in the international are ready to help confront the rapidly deteriorating crisis, but Myanmar’s neighbours, who have an influence on the junta leaders, must waste no time in providing immediate assistance to confront the emergency. (Sources: UCA News, UN)