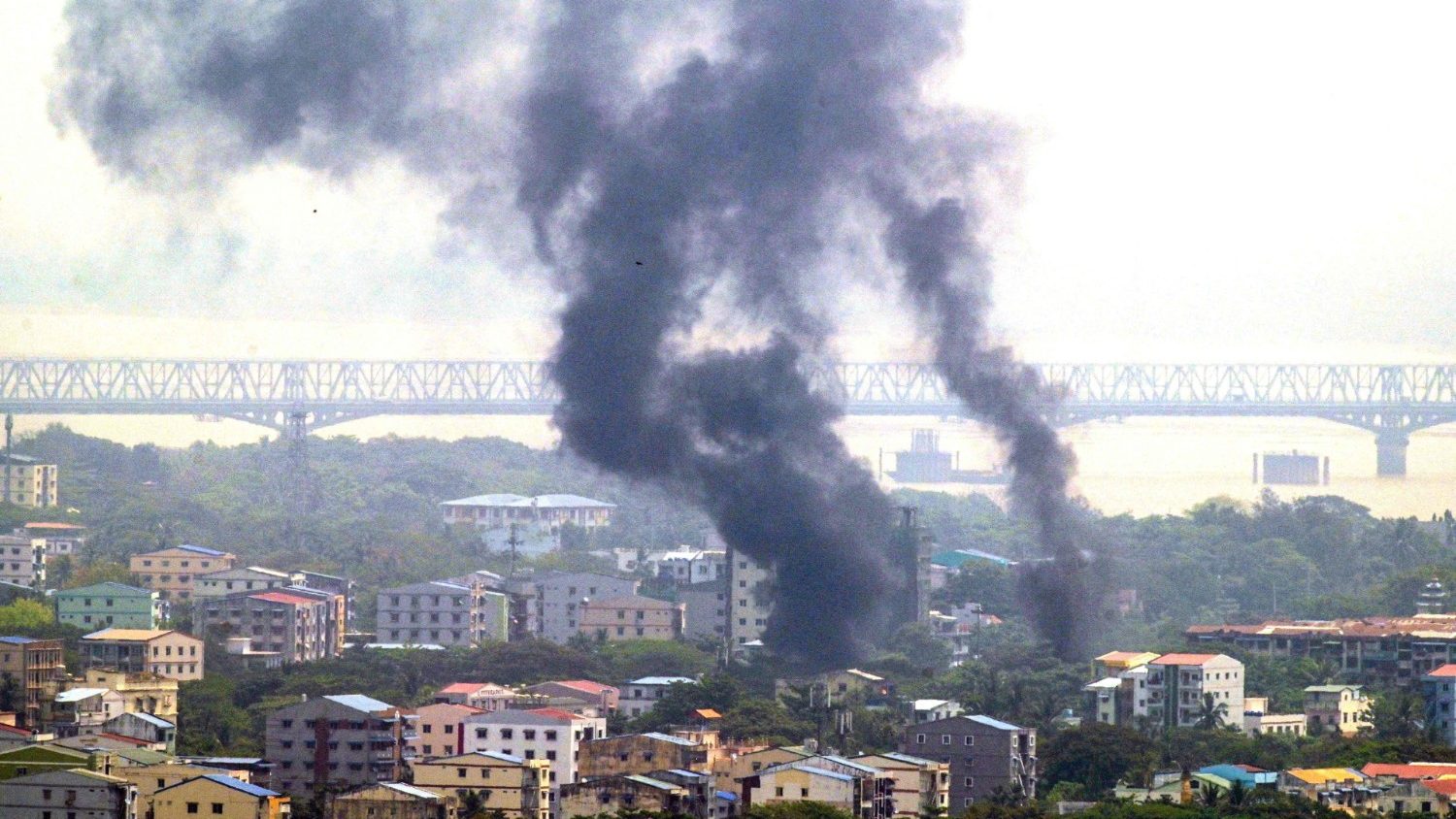 An armed resistance group opposed to Myanmar’s military junta in the western state of Chin has seized a Catholic priest and a catechist travelling with him.

Members of the Chinland Defence Force (CDF) seized Father Noel Hrang Tin Thang along with a catechist while they were travelling from Surkhua town to Chin state capital, Hakah on July 26, UCA News reported.   Both belong to Our Lady of the Rosary Parish in Surkhua in Hakha Diocese.

Local Bishop Lucius Hre Kung of Hakha has called for their release, expressing concern for their safety and well-being nearly a week after their abduction.

“I call on the concerned leaders of the CDF to immediately release the pair,” Bishop Hre Kung said in a letter released on August 1.  Local Catholics have also expressed concern and said prayers for the immediate release of the cleric and the catechist.

Father Tin Thang has been helping dozens of displaced people including the elderly, women and children who took refuge in the parish following clashes in early June, according to sources.

Following the letter of Bishop Hre Kung, the CDF said the priest and catechist were in good health.

The group accused the priest of giving information to the military junta, getting medical support from the junta and urging locals to receive the junta’s support.  The group said it had warned the clergy not to contact the military’s security force they had to arrest Father Tin Thang as he failed to comply. “We will release them only after our demands of transferring the priest from Surkhua to Hakha and signing letters of recommendation from two church leaders are fulfilled,” the group said.

However, according to the Italian news agency, AGI, the priest and the catechist were arrested in Hakha while buying medicines for the people of Surkhua.  The local community denies Father Tin Thang had any involvement with the security force.

Father Paul Thla Kio, a priest of Hakha Diocese told the Vatican’s Fides news agency that the CDF has seen Father Tin Thang having contacts with a general of the army.  Father Thla Kio explained that the general, who is a Catholic and attends Masses, often went to the priests’ residence. In fact, Father Tin Thang asked the general to avoid violence.

The ousting of Myanmar’s leader Aung San Suu Kyi and her elected government by the military on February 1, has thrown the nation into chaos with nationwide protests, strikes and a civil disobedience movement, demanding the restoration of the government and the release of their leader.  There have been no signs of a letup in the bloody crackdown by Myanmar’s military on its opponents in a bid to consolidate its hold on power.  The offensive has re-ignited the military’s old conflicts with some of the armed ethnic organizations as well as numerous independent civil resistance groups.

The CDF is one of these civil resistance groups fighting the military. Using homemade weapons, the CDF has inflicted heavy casualties among junta forces in a conflict that erupted in Chin state in May and June.  Clashes are still raging and more than 18,000 people have been displaced in Chin state and neighboring Magway and Sagaing divisions, according to a United Nations report on July 30.   During the conflict, priests have been targeted, with the military arresting eight priests from Chin and Kachin states and Mandalay division in May and June.

Christians are a minority in the predominantly Buddhist country, accounting for 6.2 percent of its 54 million population. Myanmar Catholics represent about 1.5 percent of the population.

Areas occupied by the Kachin, Chin, Karen and Kayah ethnic groups, who have been facing oppression and persecution at the hands of the military for decades, are largely Christian.

The serious political, socio-economic, human rights and humanitarian crises generated by the coup, have been exacerbated by a raging third wave of Covid-19 infections, with an acute shortage of oxygen and near absence of the most basic healthcare.

Myanmar’s military ruler Min Aung Hlaing marked 6 months of the coup on Sunday by taking on a new title as prime minister of a newly formed caretaker government.  The military-backed State Administration Council (SAC) that was formed after the Feb. 1 coup, has now been reformed as a caretaker government.   The junta leader promised fresh multi-party elections in 2 years, saying he will cooperate with the Association of Southeast Asian Nations (ASEAN) on finding a political solution to the country.

Share on FacebookShare on TwitterShare on PinterestShare on EmailShare on LinkedIn
Pope appoints new member of the Pontifical Academy of SciencesPope to youth in Medjugorje: follow Christ with courage and joy