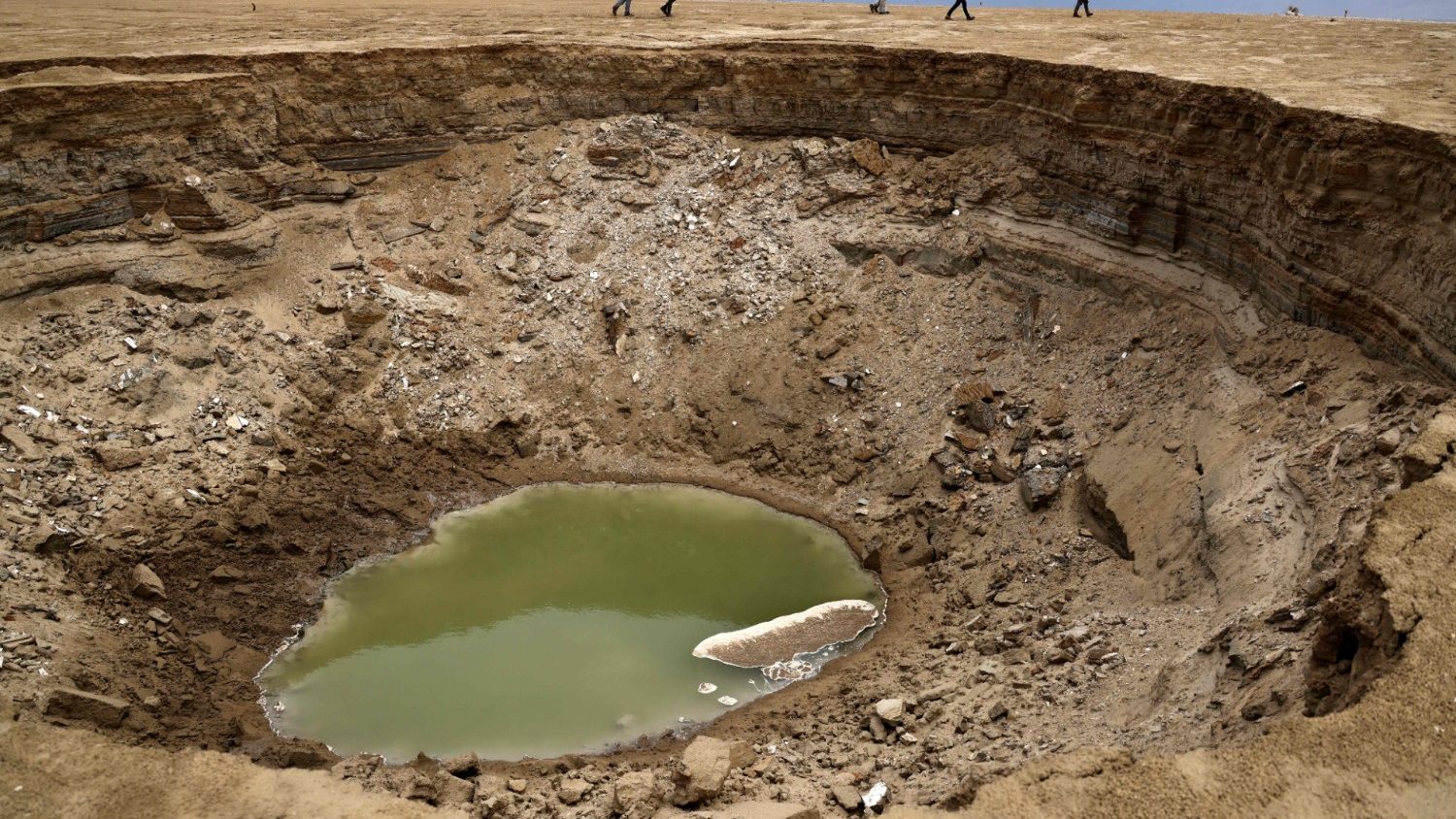 The Israeli-Palestinian conflict seems like one of the last places to imagine peace being built on the basis of joint efforts toward environmental sustainability.

Yet this unlikely goal is exactly the challenge that EcoPeace Middle East has pursued for several years.

The non-profit NGO presented its program at the 9th World Forum for Democracy, put on by the Council of Europe in Strasbourg.

Ms. Wolf Golan explained that there appears to be a strong indirect relationship between scarcity of natural resources, such as water, and war.

“Many of the conflicts in our region are at least partly fueled by water scarcity,” she said. “And, of course, water scarcity is much harder to address when you have conflict.”

She added that the climate crisis in the Middle East will soon get much worse. Experts say the region has already seen a rise in average annual temperatures of around 2 degrees Celsius, and predict a rise of 4 to 7 degrees within the coming decades if everything remains “business as usual”.

Ms. Wolf Golan pointed out that leaders across the region all agree on the reality and existential threat posed by climate change.

However, she added, politicians still need to come to grips with the fact that countries need to work with their neighbors on environmental issues, rather than going it alone or viewing resources as a zero-sum game.

“From an environmental perspective, our borders make no sense at all,” she noted. “If we don’t manage our watersheds together, we’re not going to be able to deal, for example, with the flood events that we’re going to see” in a hotter world.

Another worrying likelihood is that the region will have half the available potable water in 2050 as it enjoys now.

Ms. Wolf Golan said people could end up rioting over water shortages as rivers dry up.

EcoPeace, said the organization’s Deputy Director, has laid out a plan to help the Middle East deal with worsening resource scarcity.

Building on the experience of Europe after the World War II, EcoPeace is urging regional leaders to exchange energy and water to foster healthy interdependency and stability.

Jordan, for example, has vast, empty desert lands which could be harnessed to generate large amounts of renewable energy at very low prices.

Israel—and Palestine through the Gaza Strip—sit on the Mediterranean Sea and are near to Jordan’s population hubs. Israel produces 70 percent of its drinking water through desalination plants, but it uses large amounts of non-renewable energy to do so.

“It would make much more sense if Israel were to use solar energy from Jordan in exchange for water that would solve Jordan’s water crisis,” said Ms. Wolf Golan, adding that the venture could be highly profitable for both sides.

The result would be reduced carbon emissions and increased regional stability.

All in the same boat

Ms. Wolf Golan concluded that residents of the Middle East are all in the same “environmental boat”, a fact of which younger generations are increasingly aware.

EcoPeace thus hopes to further the path toward peace through the education of young people.

Israeli, Palestinian, and Jordanian youth are offered a one-year course to learn about the water realities of their own nations and those of their neighbors.

Those young people come to understand that “working together is not a favor to the other side,” said Ms. Wolf Golan. “It’s the only way to achieve climate resilience and prosperity for us all.”

Share on FacebookShare on TwitterShare on PinterestShare on EmailShare on LinkedIn
Caritas Europa appeals for lifesaving support for migrants on Belarus bordersPope Francis: We all know how to pray to God the Father and Jesus. But what about the Holy Spirit?