Please support your parish! Visit www.archchicago.org/offertory to make a donation.

The views and expressions from videos and news brought to you by YouTube and other Catholic sources are not necessarily the views of CatholicMasses.org. We are bringing you Catholic news and videos per our mission statement and dedication to our faith.

Please support our community by viewing Mass and sharing this convienence with your friends and family. Although this may not be Mass at your local parish, you may use our custom content to search for your local parish, follow the link to their website and see if there is a streaming Mass available locally. If they do have one please let us know. Thank you for your faith and trust in us and God bless you.

You may like to read todays scripture while you enjoy mass.

Prayer and Act for Spiritual Communion

My Jesus, I believe that You are present
In the Most Holy Sacrament.
I love You above all things,
and desire to receive you into my soul.
Since I cannot at this moment receive You sacramentally,
come at least spiritually into my heart.
I embrace You as if You were already there and unite myself wholly to You.
Never permit me to be separated from You.

Please use our search feature to find a Catholic church near you to find local Mass times.
Thursday of the Twenty-fourth Week in Ordinary Time - September 17, 2020

I am reminding you, brothers and sisters,
of the Gospel I preached to you,
which you indeed received and in which you also stand.
Through it you are also being saved,
if you hold fast to the word I preached to you,
unless you believed in vain.
For I handed on to you as of first importance what I also received:
that Christ died for our sins in accordance with the Scriptures;
that he was buried;
that he was raised on the third day in accordance with the Scriptures;
that he appeared to Cephas, then to the Twelve.
After that, he appeared to more than five hundred brothers at once,
most of whom are still living, though some have fallen asleep.
After that he appeared to James,
then to all the Apostles.
Last of all, as to one born abnormally,
he appeared to me.
For I am the least of the Apostles,
not fit to be called an Apostle,
because I persecuted the Church of God.
But by the grace of God I am what I am,
and his grace to me has not been ineffective.
Indeed, I have toiled harder than all of them;
not I, however, but the grace of God that is with me.
Therefore, whether it be I or they,
so we preach and so you believed.

A certain Pharisee invited Jesus to dine with him,
and he entered the Pharisee’s house and reclined at table.
Now there was a sinful woman in the city
who learned that he was at table in the house of the Pharisee.
Bringing an alabaster flask of ointment,
she stood behind him at his feet weeping
and began to bathe his feet with her tears.
Then she wiped them with her hair,
kissed them, and anointed them with the ointment.
When the Pharisee who had invited him saw this he said to himself,
“If this man were a prophet,
he would know who and what sort of woman this is who is touching him,
that she is a sinner.”
Jesus said to him in reply,
“Simon, I have something to say to you.”
“Tell me, teacher,” he said.
“Two people were in debt to a certain creditor;
one owed five hundred days’ wages and the other owed fifty.
Since they were unable to repay the debt, he forgave it for both.
Which of them will love him more?”
Simon said in reply,
“The one, I suppose, whose larger debt was forgiven.”
He said to him, “You have judged rightly.”
Then he turned to the woman and said to Simon,
“Do you see this woman?
When I entered your house, you did not give me water for my feet,
but she has bathed them with her tears
and wiped them with her hair.
You did not give me a kiss,
but she has not ceased kissing my feet since the time I entered.
You did not anoint my head with oil,
but she anointed my feet with ointment.
So I tell you, her many sins have been forgiven;
hence, she has shown great love.
But the one to whom little is forgiven, loves little.”
He said to her, “Your sins are forgiven.”
The others at table said to themselves,
“Who is this who even forgives sins?”
But he said to the woman,
“Your faith has saved you; go in peace.” 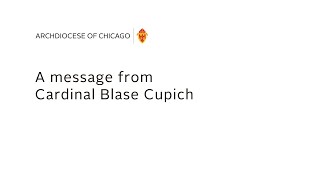 Prevent the flu: Get vaccinated every year
Catholic Chicago
0 views 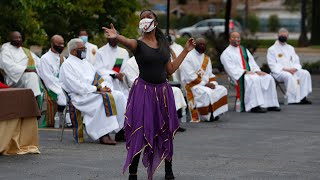 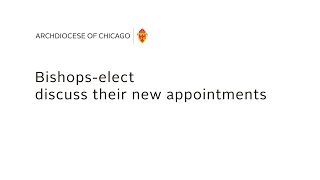 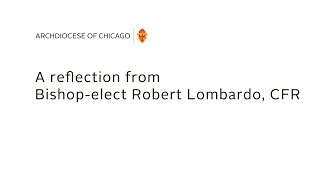 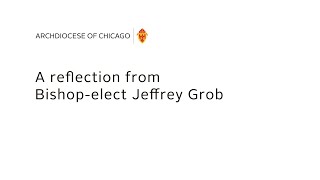 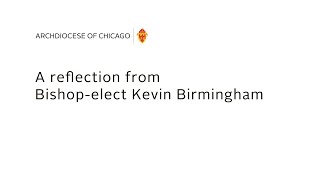