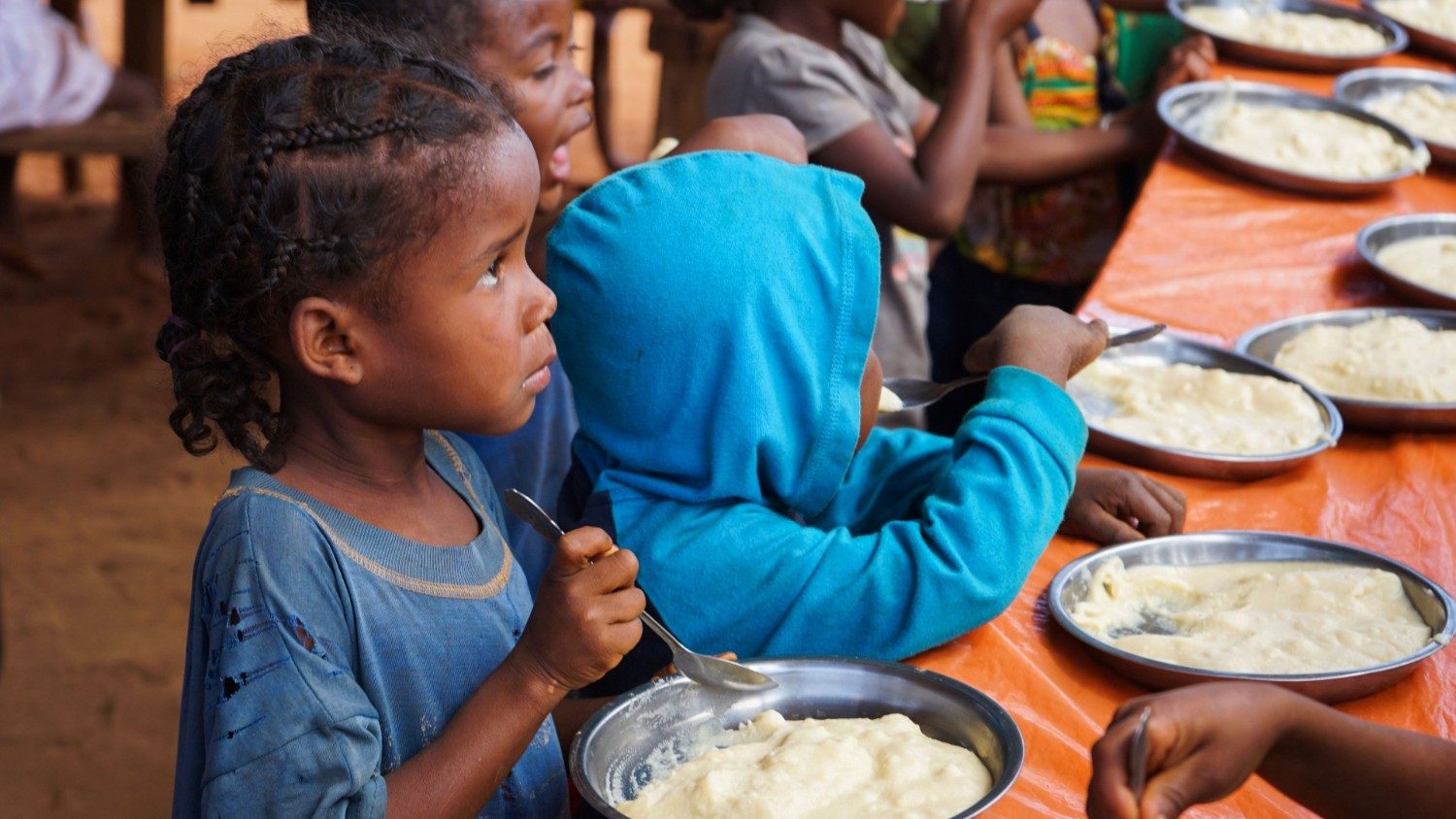 More than one million people in southern Madagascar are struggling to get enough to eat, due to what could become the first famine caused by climate change, according to the United Nations World Food Programme (WFP).

The UN’s Food and Agriculture Organization (FAO) says 3 years of consecutive severe drought in the Grand Sud region have wiped out harvests and hampered people’s access to food, leading to alarming levels of acute food insecurity and malnutrition. Families in rural communities are resorting to desperate measures just to survive.

The 4th largest island in the world, Madagascar has a unique ecosystem that includes animals and plants found nowhere else on the planet. It is highly prone to natural hazards, including drought, floods, cyclones and locust outbreaks, with significant humanitarian consequences.  According to the World Bank, despite the country’s vast and unique natural resources, it is one of the poorest countries in the world.  Over 78 per cent of its some 27 million people live on less than $2 a day.

FAO says that a recent upsurge of Malagasy migratory locusts is expected to affect the upcoming agricultural season (November 2021–March 2022), further aggravating an already dire situation.  At least 4,000 square kilometres are likely to be infested by locusts, covering six regions that include 21 districts. Five of these districts have been classified as emergency, two as crisis and two as stressed.

The country experiences a dry season, usually from May to October, and a rainy season that starts in November.   However, climate change has disrupted the cycle, affecting smallholder farmers and their neighbours, said Alice Rahmoun, WFP Communications Officer in the capital, Antananarivo.

“So, what we can say is that the impacts of climate change are really stronger and stronger….so harvests fail constantly, so people don’t have anything to harvest and anything to renew their food stocks,” she told UN News in an interview on Thursday.

On a recent visit to southern Madagascar, she noted that while some communities have not had a proper rainy season for three years, the situation might be even worse 100 kilometres away.  She saw villages surrounded by dried-out fields and tomato plants that were “completely yellow, or even brown”, from lack of water.

Rahmoun said that in some areas,  people barely manage to grow sweet potatoes, but in other areas where even that is not possible, they are just surviving on locusts, fruits and cactus leaves that are usually fed to cattle.  Even that is becoming impossible as the cacti are dying due to the drought.

Families that were able to feed themselves from their own field produce are now selling their cattle for money to buy food.  Some families are even selling their fields and houses and pulling their children out of schools to engage them in income-generating activities.

WFP is collaborating with humanitarian partners, and the Malagasy Government, to provide immediate and long-term responses to the food security crisis.  It is providing some 700,000 people life-saving food aid, including supplementary products to prevent malnutrition.

Its long-term response prepares communities to cope with and “recover from climate shocks better”. This includes water projects such as building irrigation canals, reforestation and even microinsurance to help smallholder farmers to recover from a lost harvest, for example. WFP ultimately aims to support up to one million people between now and April 2022 and is seeking nearly $70 million to fund operations.

Referring to the crucial COP26 UN Climate Change Conference in Glasgow, Scotland, starting end of October, Rahmoun said WFP wants to use the conference to shift the focus from crisis response, to risk management.  Countries must be prepared for climate shocks and they must act together to reduce severe impacts on the world’s most vulnerable people, which includes the villagers of southern Madagascar.

She said the upcoming summit is also an opportunity for WFP to ask governments and donors to prioritize funding relating to climate adaptation programmes, to help countries to build a better risk management system.  Rahmoun warned that if nothing is done, hunger will increase exponentially in the coming years because of climate change, not only in Madagascar, but also in other countries.”  (Source: WFP, FAO, UN News)