Lessons from the underground Catholic Church about spiritual communion 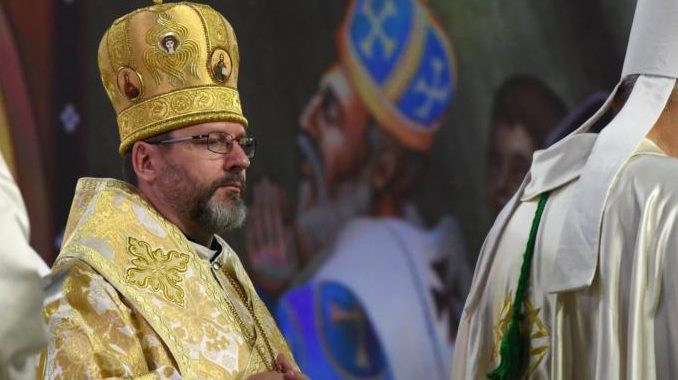 For the first time in anyone’s memory, Catholics in the United States last weekend were unable to attend a public celebration of Mass. Members of other religious traditions were similarly prevented from attending services. The COVID-19 pandemic had already led to the closing of churches in hard-hit Italy weeks before, and as American health officials and elected leaders struggle to control the spread of the virus here, more and more churches, synagogues, mosques and temples are canceling the regular gatherings for worship.

For Catholics, the decision by bishops to suspend the public celebration of Mass is practically unheard of. Many Catholics, particularly those of the Baby Boom and older generations, grew up being taught that to deliberately miss Mass on a Sunday or holy day of obligation was a mortal sin. Though that rule doesn’t apply during a national health emergency such as this one, devout Catholics who rely on the grace of regularly receiving holy Communion, or the Eucharist, are lamenting the fact that they cannot now do so.

All of a sudden, Catholics in dioceses where public celebrations of the Mass have been suspended are finding themselves with a hole in their Sundays that was heretofore filled with ritual, carried out in communion with other people in their parish. Along with the prayers, Scripture readings, and reception of Communion, many Catholics were accustomed to weekly routines that included things like Sunday school for the kids, coffee hour with other families in the church hall, or a stop at the diner on the way home.

Catholics are now as “isolated” on Sundays from their parishes as many people are during the week, prevented from working in an office or going to the gym.

The last time churches were closed like this might have been in 1918, as the “Spanish flu” claimed hundreds of thousands of lives. What makes things different this time is the overwhelming availability of televised and live-streamed Masses, from local cathedrals or national shrines, or even from local parishes. Priests are still permitted—and indeed expected—to continue celebrating Mass, albeit privately. All a pastor needs to do to help keep his local flock connected in prayer is to position his cell phone and livestream the service on the parish Facebook page.

There are also multitudinous resources for those who wish to contemplate the day’s Scripture readings or other spiritual material, whether in books or online, alone or together with the family.

The influenza pandemic of 1918 is not the only precedent for the current situation of Catholics not having access to their beloved Mass and Eucharist. Among other examples in history, there was a 43-year period when a branch of the Catholic Church was banned outright in Ukraine. After the Soviet Union defeated the Nazi occupiers of Western Ukraine in 1944, it found that it had to deal in a particular way with the Catholic Church. While Eastern Ukraine was and is predominantly Orthodox, Western Ukraine tended to be more Catholic—specifically, Byzantine Catholic. The Ukrainian Greco-Catholic Church, which maintains the traditions and spirituality of Eastern Orthodoxy but is in full communion with the pope of Rome, had about 3.5 million to 4 million members in the mid-1940s, served by about 2,400 priests.

For the Soviet leaders, the Church’s loyalty to Rome—a “foreign power”—opposition to Soviet ideology, and support of Ukrainian nationalism were all problematic. The Church’s bishops and many of its priests were arrested. In 1946, the NKVD, precursor to the KGB, orchestrated a meeting in which puppet “bishops” of the Greco-Catholic Church voted to renounce the 1596 Union of Brest that brought a number of Orthodox dioceses into full communion with Rome. The so-called Pseudo Sobor of Lviv, named for the Western Ukrainian capital in which the meeting was held, voted that the Church be dissolved and its members subsumed by the Patriarchate of Moscow of the Russian Orthodox Church.

Thus, from March 1946, the Ukrainian Greco-Catholic Church no longer existed—at least on paper. But it did continue to exist underground.

This is where there is an interesting parallel to today’s situation, where Catholics are observing their Sundays—dispensed from the Mass obligation but not from the Fourth Commandment to “keep holy the Sabbath”—largely in the privacy of their homes.

Of course, we are dealing with a health crisis, not a draconian government prohibiting religious activity or targeting a particular Church. But I do believe that the example of the faithful Catholics of Ukraine from 1946 until the Church was restored to legal status in 1989 can be a great inspiration to Catholics of America, as they try to discern what God is calling them to do in the present crisis.

Today’s American Catholics are—hopefully only briefly—denied the opportunity to partake of the Eucharist, the bread and wine consecrated at Mass to become the Body and Blood of Jesus Christ, who promised to remain with mankind until the end of time in this sacramental form. Ukrainian Greek Catholics too were denied the Eucharist, unless they took the chance of attending an underground liturgy, either in a remote forest area or in a private home, attended to by a priest who could be arrested and imprisoned if caught. Other sacraments—Baptism, Confession, Marriage, and even Holy Orders—were carried out surreptitiously. Priests and bishops in prison, ever mindful of the call of Christ, who broke bread with his Apostles at the Last Supper and said “Do this in memory of me,” fashioned liturgical vessels from scrap metal and used prison bread and homemade wine to secretly celebrate liturgies away from guards’ watchful eyes.

But in many cases, everyday Catholics did something that many Catholics are doing today. They had their own version of electronic technology: it was called shortwave radio. With that, they could tune into Vatican Radio, which broadcast a weekly Byzantine Divine Liturgy in Old Church Slavonic from the Vatican, with a sermon in the Ukrainian language.

While American Catholics of 2020 need not hide themselves as they log onto their favorite internet broadcast of Mass, Ukrainian Catholics had to close their doors and pull the curtains as they tuned into the shortwave signal, turned down just low enough so that they could hear and respond to the prayers.

Listening to the Divine Liturgy this way “was an outstanding spiritual event,” recalled Major Archbishop Sviatoslav Shevchuk, patriarch of the Ukrainian Greco-Catholic Church, who was born in the western Ukrainian city of Stryi in 1970 and later studied for the priesthood in an underground seminary. Shevchuk told me about his experience when I was in Kyiv last year, doing research for a book about him. He recalls his elders “praying, kneeling, making a spiritual communion, listening to the homilist.”

“We were standing around, like in the Church, facing our icons and listening, chanting a little bit,” he said. The Vatican explicitly told the radio audience that if they were unable to attend Divine Liturgy in person, listening to it over shortwave would fulfill their Sunday obligation. “And we were aware that we were fulfilling our obligation not as a simple eternal obligation but as our spiritual need,” Shevchuk said.

As a priest could not be physically present to consecrate the bread and wine, members of the family learned to make a “spiritual communion” at the point in the Liturgy when they normally would be going up to receive the Body and Blood of Christ.

But it’s not just past history. There are still Christians in various parts of the world who must contend with government restrictions, based not on the need to stem a pandemic but on ideology. One need look no further than China, where, ironically, the COVID-19 pandemic originated. Just the year before, in 2018, Beijing implemented new Regulations on Religious Affairs, effectively banning “unauthorized” religious teaching, according to the U.S. Commission on International Religious Freedom. USCIRF reported increased repression of the so-called “underground Catholic Church,” adherents who are faithful to Rome.

In nearby North Korea, USCIRF reports, the regime “treats any expression of independent assembly or thought, including religious practice, as a threat to its very existence.” Any expression of religion outside the officially approved Christian groups “happens in secret.”

The witness provided by faithful Ukrainian Catholics during the Cold War years continues to be an inspiration today. And knowledge that there are still faithful Catholics witnessing to their faith in repressive countries can be an opportunity for American Catholics to offer their prayers at home for co-religionists who are truly without church.

Share on FacebookShare on TwitterShare on PinterestShare on EmailShare on LinkedIn
Calls increase for UK to allow Northern Ireland Assembly to legislate on abortion“We’ll remember this Lent for many years,” English bishop says