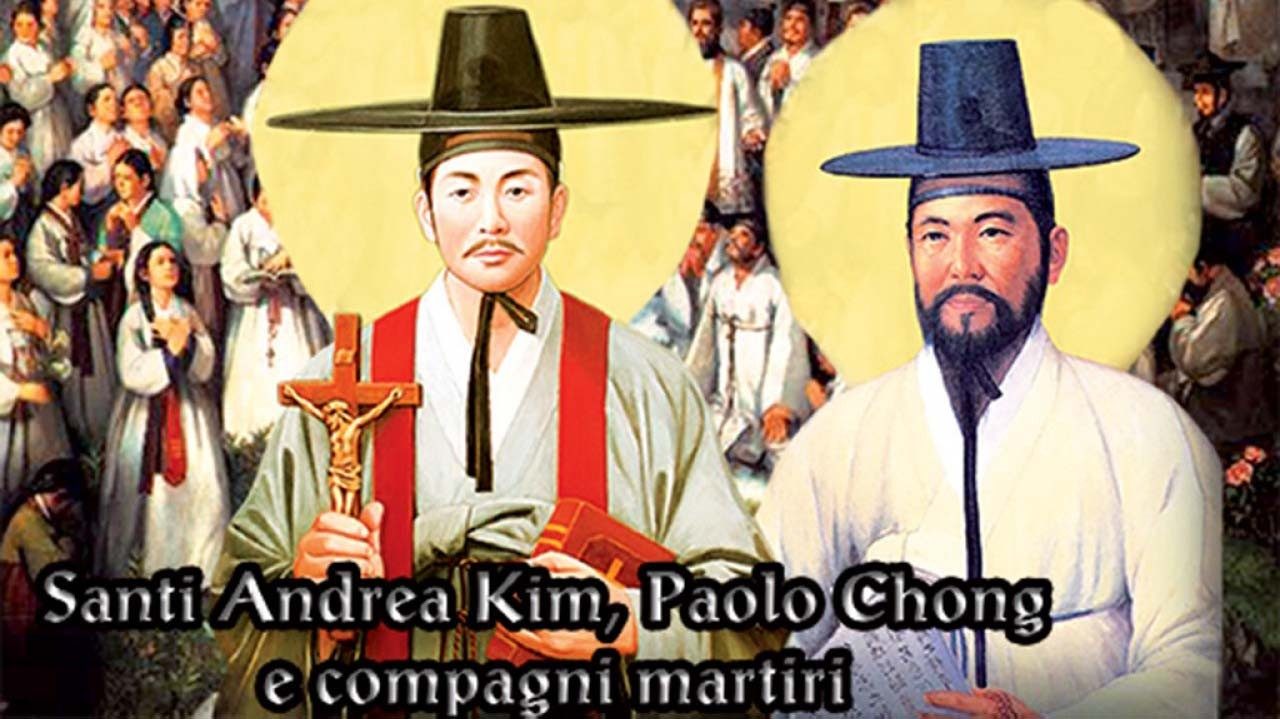 The Catholic Church of Korea on Saturday marked the bicentenary of the birth of St. Andrew Kim Taegon (1821-1846), Korea’s first Catholic priest.

A martyr of faith

The August 21 celebration of the 200 years of the birth of Andrew Kim is part of the Jubilee Year that the Catholic Bishops Conference of Korea (CBCK) has declared from November 29, 2020, to November 27, 2021.  The theme chosen for the jubilee is, “Are you a Catholic faithful?” This was the question that Kim had been asked by his interrogators.  “Yes, I am a Catholic,” was the firm response of the 25-year-old priest, that cost him his life.  He was beheaded on September 16, 1846 at what is now the Saenamteo Martyrs’ Shrine in Ichon-dong, in Seoul’s Yongsan District.  His martyrdom took place during the wave of persecution of Catholics by the Joseon dynasty, which did not even spare the families of executed Catholics. Kim Taegon’s death came just 13 months after he was ordained a priest at a cathedral in Shanghai in 1845.

Andrew Kim is among the 103 Korean martyrs, including 15 women, canonized by Pope St. John Paul II in Seoul on May 6, 1984. Their feast is celebrated on September 20.  During his visit to Korea in August Pope Francis visited and paid his respects to Andrew Kim at his birthplace at the Shrine of Solmoe in South Chungcheong Province.

On Saturday, Catholics in Korea marked the 200th birth centenary of St. Kim Taegon with Masses in 1,750 churches.  Those unable to physically attend the Masses due to the Covid-19 protocols were urged to follow Masses streamed live.  Pilgrimages and various spiritual, cultural and prayer events were organized for the day.

Korean Archbishop Lazarus You Heung-sik, Prefect of the Vatican Congregation for the Clergy, is celebrating an evening Mass in St. Peter’s Basilica for Korean Catholics living in Rome.    Among those attending the student priests of the Pontifical Korean College, the faithful of the Church of the Holy Martyrs of Korea, association of the religious of Korea in Italy and staff of the Korean embassy to the Holy See.  Only a limited number will be admitted due to the Covid-19 restrictions.

Archbishop Lazarus You who was Bishop of Daejeon before his appointment in the Vatican in June, was in charge of the bicentenary celebrations at the CBCK.  He said that the life and example of Korea’s first priest are a call to Korean Catholics to reflect seriously on their identity and consistency as Catholics.

Share on FacebookShare on TwitterShare on PinterestShare on EmailShare on LinkedIn
Pope sends blessings to Waldesian church synodPope St. John Paul II’s Timely Wisdom: ‘We Are in the Forefront Today of a Lively Battle for the Dignity of Man’