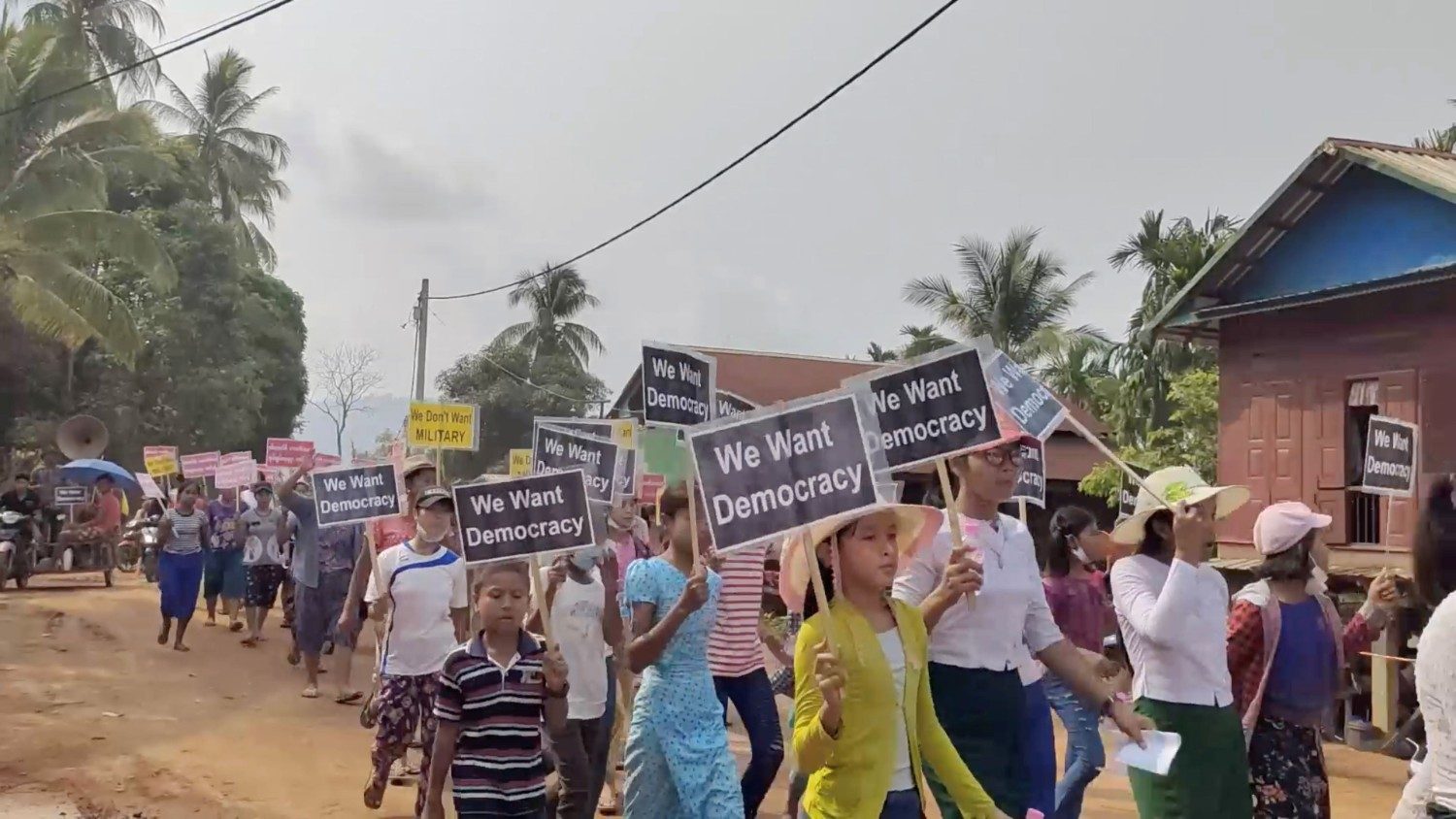 The Catholic bishops of Korea have expressed their “deepest concern over the outbreak of violence and the subsequent bloodshed” in Myanmar, as scores of anti-coup demonstrators continue to be killed in a ruthless crackdown by security forces.

Myanmar, which has been in turmoil since the military coup of Feb. 1, was among the issues that the Catholic Bishops’ Conference of Korea (CBCK) discussed in its spring general assembly in Seoul, March 8-1.  At the end of their meeting, the bishops released a statement, expressing the Korean Church’s solidarity with the aspirations of the people of Myanmar for an end to military rule and the restoration of democracy.

“In order to deeply meditate on the mystery of the Cross and the Resurrection during this Lenten season, the Catholic Church in Korea expresses fraternal solidarity with the brothers and sisters of Myanmar, who are walking in the path of the Cross, as sharing indescribable lament and pain,” the statement said. “A lot of people have shed blood and died only because they cried out for freedom, democracy, peace and a dignified life that no one can deprive and trample upon.”

The outcry of Sr. Tawng!

The bishops said they were particularly moved by the courage of Xaverian Sister Ann Rose Nu Tawng of Myitkyina in Kachin state, who on Feb. 28 went on her knees and pleaded with the police to spare the people who were demonstrating peacefully.   The 45-year-old nun “knelt down on the ground in front of the heavily armed police officers and cried out: ‘Shoot me instead’”, the bishops recalled.  “This outcry is loudly ringing in our ears. Indiscriminate violence in protest sites must end immediately. Every violence “leaves our world worse than it was before,” the CBCK urged, citing Pope Francis’ encyclical Fratelli tutti.

The bishops recalled the South Korean people had also faced a similar situation in the 1980s when the people rose against the military dictatorship of Chun Doo-hwan, which ended in 1987.  They said that Koreans “have learned through history that the solidarity of ordinary and simple people can create a new world”.  The bishops pray that a nation based on democracy, which all the Myanmar people yearn for, be established through open-minded dialogue at the earliest.

Meanwhile, Cardinal Andrew Yeom Soo-jung of Seoul sent a separate message expressing the closeness of his faithful to the people and the Church of Myanmar.   “I have been deeply saddened by the news of the ruthless crackdown by Myanmar’s military on peaceful protesters. I believe that it is never acceptable for the military to suppress people using violence,” Cardinal Yeom wrote in a letter to Myanmar Cardinal Charles Bo of Yangon.  He said he strongly supports the aspiration of the people of Myanmar for democracy, hoping they will get it back very soon. “Please know that all the clergy, religious and faithful of the Archdiocese of Seoul are sincerely praying for true democracy to be restored in the country,”  the cardinal wrote.

As a token of the closeness of the Archdiocese of Seoul, the Cardinal Yeom donated US$50,000 in emergency aid which will be delivered to Cardinal Bo through the Apostolic Nuncio to Myanmar, Archbishop Paul Tschang In-Nam.

Share on FacebookShare on TwitterShare on PinterestShare on EmailShare on LinkedIn
Podcast: The Vatican statement on gay unions may have been rushed past the popeWhy Joe Biden keeps quoting Seamus Heaney on when ‘hope and history rhyme’