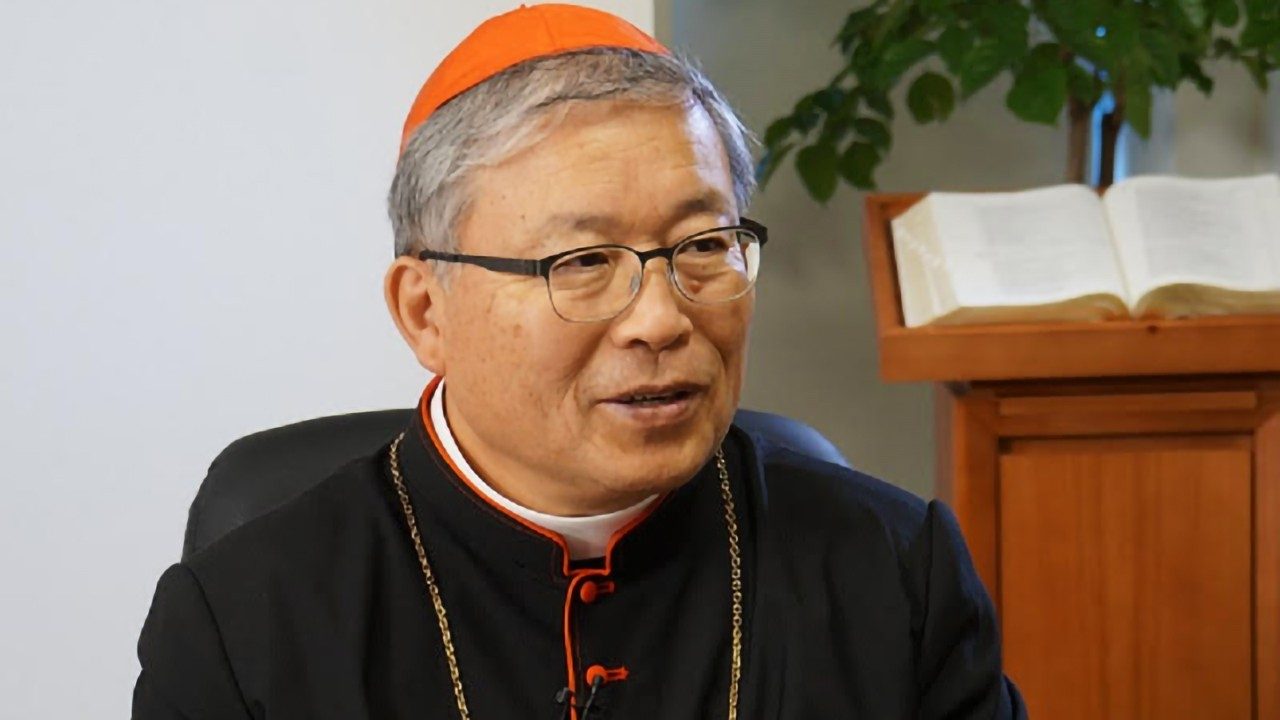 Catholics in South Korea, are responding to the call of Pope Francis to share Covid-19 vaccines with poor countries that are unable to afford it.   Cardinal Andrew Yeom Soo-jung of Seoul has urged the faithful to participate in a fund that will be sent to the Vatican to help people in lower-income countries to have access to the life-saving doses, the archdiocese said in a press release.

The initiative launched by Cardinal Yeom on Easter Sunday will run until Nov. 27, the last day of the Jubilee of the 200th anniversary of the birth of St. Andrew Kim Tae-gon, the first native Catholic priest and patron saint of Korea.  In his Easter homily, the 77-yer old cardinal recalled that pointed Pope Francis has several times called for universal access to vaccines. In solidarity with the Pope’s exhortation, he said, the Catholic Bishops’ Conference of Korea (CBCK), in its spring general assembly in March, decided to launch a ‘Vaccine-Sharing Campaign’ to support the distribution of Covid-19 vaccines particularly to the world’s poor countries.

“We are living through difficult times caused by the Covid-19 pandemic” the Archbishop of Seoul noted, adding, “the social and economic crisis remains severe, especially for those who live in poverty.” “Because it is the weak and the poor suffering the most when a crisis hits,” he said he would “like to turn this crisis into an opportunity” to show their solidarity with parishes, organizations, congregations around the world and lend a helping hand to those in need.

Meanwhile, the Catholic Lay Apostolate Council of Seoul and the Catholic Peace Broadcasting Corporation will run a telephone fundraising event for the vaccine-sharing campaign.  They have also planned a theme song and a music video to inform and inspire people across the nation.

Earlier in January, CBCK Archbishop Mathias Lee Yong-hoon of Suwon said the world needs to respond to the pandemic with the “virtue of hope”.  Noting that the pandemic has caused the loss of many lives and livelihoods he said all are called “to support and encourage each other”.  Other Korean bishops have also encouraged donations from their faithful.

Pope Francis and the Holy See have been making appeals to the world’s rich nations to make Covid-19 vaccines also available for people in poor countries.  When Europe was in the throes of the first wave of coronavirus outside of China last year, the Holy Father in March established the Vatican Covid-19 Commission at the Vatican Dicastery for Promoting Integral Human Development.  The purpose is to seek a rapid response to the pandemic and its repercussions.

In the thick of the pandemic, with Italy under lockdown, the Pope in his ‘Urbi et Orbi’ Easter message on April 4, 2020, said, may “the most vulnerable of our brothers and sisters living in the cities and peripheries of every part of the world,” he said, “not be abandoned” and “lack basic necessities such as medicine and especially the possibility of adequate health care”.

Again, in his ‘Urbi et Orbi’ Christmas message, in view of a possible vaccine, he appealed against “letting the law of the marketplace and patents take precedence over the law of love and the health of humanity”. He called on government leaders, businesses, international organizations to “foster cooperation and not competition, and to seek a solution for everyone. “Vaccines for all, especially for the most vulnerable and needy of all regions of the planet,” he insisted.

Yet once more, in his annual discourse to the diplomatic corps, he encouraged “all states to contribute actively to the international efforts being made to ensure an equitable distribution of the vaccines, based not on purely economic criteria but on the needs of all, especially of peoples most in need”.

Earlier this month, the Pope visited a group of homeless people and those needing special help who were given the vaccine in the Vatican.  Some 800 of the approximately 1,200 persons in need received their first dose.

Again on Easter Sunday, the Holy Father urged “the entire international community, in a spirit of global responsibility, to commit to overcoming delays in the distribution of vaccines and to facilitate their distribution, especially in the poorest countries.”’ Holy See’s envoys at the international fora have reiterated the Pope’s call for equal distribution of the vaccine.

A major international initiative in this regard has been COVAX.  Established by the United Nations World Health Organization (WHO) and its international partners, the COVAX (COVID-19 Vaccines Global Access) programme buys and delivers the coronavirus vaccines for the world’s poorest people.

WHO said on April 8 that COVAX was able to deliver vaccines to over 100 economies in 42 days, since making its first international delivery to Ghana on 24 February 2021.  More than 38 million doses of vaccines from manufacturers AstraZeneca, Pfizer-BioNTech and Serum Institute of India (SII) were delivered, including 61 economies eligible for vaccines through the Gavi COVAX Advance Market Commitment.  COVAX aims to supply vaccines to all participating economies that have requested vaccines, in the first half of 2021, despite some delays in planned deliveries for March and April.

Currently, there is a slowdown in vaccine supply as India, the world’s biggest manufacturer of vaccine, says it needs to deal with its own explosion of infections on the home front.  The biggest producer, Serum Institute of India, is a supplier to the COVAX initiative.  Post-vaccine blood-clot issues have also affected the supply and distribution of doses.