Kidnapped priest remembered for his love of Syrian people 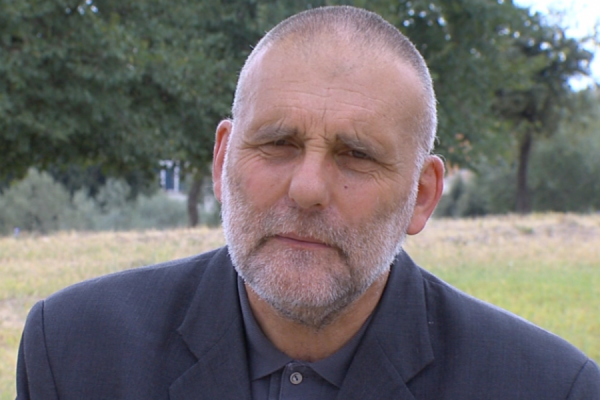 Rome, Italy, Jul 29, 2020 / 10:00 am (CNA).- Seven years after his kidnapping in Syria, Fr. Paolo Dall’Oglio was remembered in Rome Wednesday for his love of the Syrian people and his dedication to peace and justice.

Dall’Oglio was abducted from the city of Raqqa by Islamic State militants in July 2013. The Italian Jesuit priest had served in Syria for more than 30 years at the time of his kidnapping. It is unknown if he is still alive. There were unconfirmed reports of his execution in 2013.

“My appeal is to not forget Syria,” Dall’Oglio’s older sister told journalists at a press conference in Rome July 29.

“Paolo was kidnapped because he had heard that his mission was to be alongside the Syrian people,” Immacolata Dall’Oglio said.

The Syrian Civil War, which began in March 2011, has killed an estimated 380,000 people, and created more than 7.6 million internally displaced people and more than five million refugees.

“To remember Paolo today is to remember his Syrian people,” Fr. Camillo Ripamonti, president of the Italian center of the Jesuit Refugee Service, underlined.

Dall’Oglio had a “bond” with the Syrian people, a people who, after nine years of war, are still “waiting for justice and peace,” Ripamonti said.

In the 1980s, Dall’Oglio restored the ruins of the 6th-century Syriac Monastery of St. Moses the Abyssinian. In the early 1990s he established an interfaith monastic community dedicated to Muslim-Christian dialogue.

In 2012, the Syrian government expelled him for his criticisms of President Bashar al-Assad and his government. Dall’Oglio initially ignored the expulsion order, but then left Syria at the request of his bishop.

Dall’Oglio returned to a rebel-controlled territory in eastern Syria in late July 2013 in an attempt to negotiate peace between Kurdish and Islamist groups. He was abducted on July 29, 2013.

Fr. Federico Lombardi, SJ, president of the Vatican’s Ratzinger Foundation, said Dall’Oglio’s commitment to the people of Syria was the same commitment of men and women religious who have been martyred. He added that it continues to inspire many people, “especially Muslims, with whom he has been able to teach us to dialogue and be in solidarity for the search for justice and peace.”

“His memory is alive, it is a presence which inspires, to deep ideas and thoughts, to courage and commitment…”

Dall’Oglio would regularly contribute articles to the Italian magazine Popoli. He also wrote and collaborated on several books.

“Thanks to Fr. Paolo for the witness he continues to give us,” he said.

In January 2019, Pope Francis met with the family of the kidnapped Jesuit priest at his Vatican residence, the Casa Santa Marta. The private visit included Dall’Oglio’s mother, four sisters, and a brother.