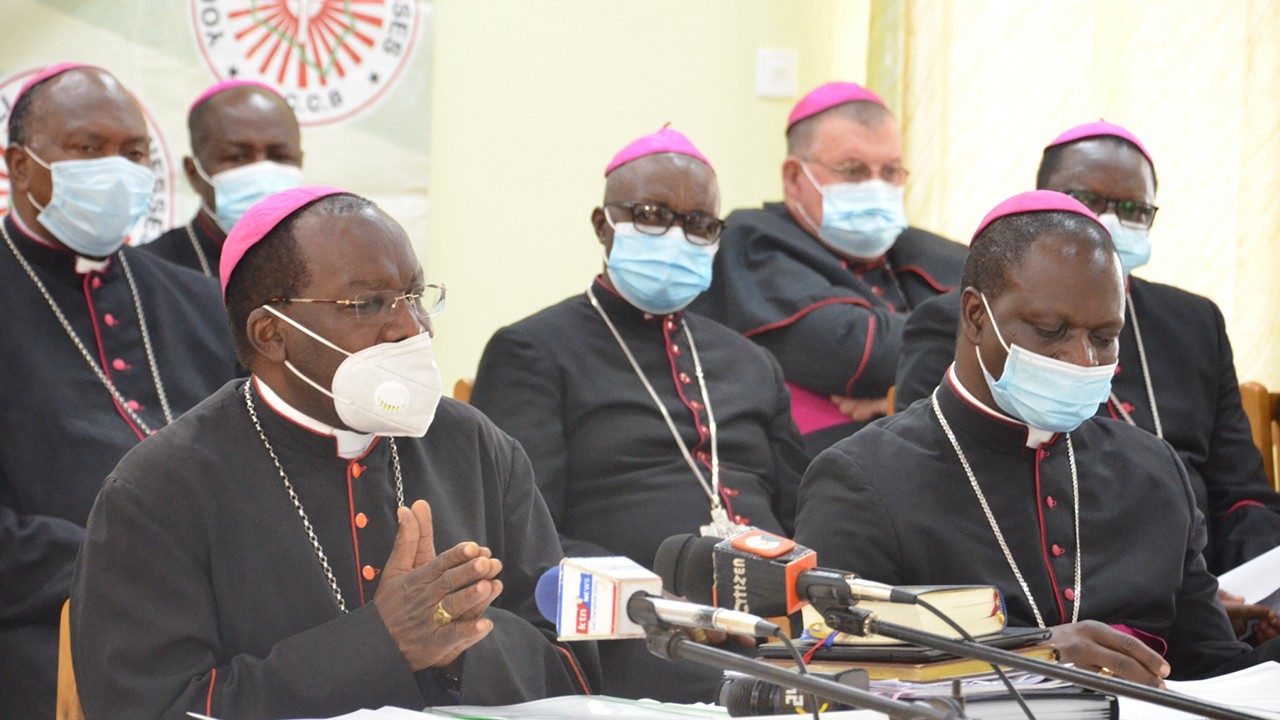 In their pastoral letter, released Wedensday and titled, “Call to keep our hope alive,” the Bishops called a press conference where they read the document. Leading the presser in Nairobi, Chairman of the Kenya Conference of Catholic Bishops (KCCB), Archbishop Martin Kivuva Musonde of Mombasa, said the document was the result of a process of deep collective reflection by Kenya’s Bishops.

Covid-19 and mixed messaging from politicians

Among other matters, the Bishops commended the Kenyan Government in the manner it handled the covid-19 pandemic.

“We thank the Government of Kenya for the concerted efforts towards ensuring that the country is cushioned against the ravaging impact of the Covid-19 pandemic through a raft of measures, including rolling out a vaccination campaign. We applaud the majority of Kenyans who have continued to adhere to the Ministry of Health protocols on Covid-19 prevention,” Archbishop Kivuva told Kenyan media.

We “note with concern that despite the Government announcing a suspension of all public gatherings in the country, a section of political leaders has continually defied this directive. It is unfortunate that no action has been taken on all those leaders who are abjectly flouting these protocols,” reads the pastoral letter.

The Bishops added, “We wish to state that our political leaders are sending a wrong message to ordinary Kenyans, and it is dismaying that the law enforcement agencies are not taking action on this recklessness by politicians.”

The rift between Kenyan President and his deputy

The Bishops also addressed the bitter and public fall-out between Kenyan President Uhuru Kenyatta and his deputy William Ruto.

“It is an open and sad reality that the President and Deputy President of the Republic of Kenya are not reading from the same script. The public exchanges that are being witnessed are dangerous for the prevailing peace and tranquillity in the country and cannot be taken lightly.  They are already creating anxiety among the people and have the potential to ignite political violence if not addressed with immediate effect,” the Bishops said.  They continued, “We are deeply concerned that if this open disagreement between the President and the Deputy President is taken up by their supporters, the trickle-down effect it could generate across the country will be dire to even contemplate. In a young democracy like ours, it is important that there is unity among the top leaders as this gives confidence to the people,” the Bishops admonished.

The Church is above partisan politics

The nine-page document also reminds politicians, clergy and the faithful about the Bishops’ ban against politicians visiting Catholic parishes and turning them into arenas for political campaigns.

“We wish to firmly state again that our places of worship and liturgy are sacred and should not serve as political arenas. The Church is above politics,” the Bishops reiterated.

The pastoral letter also deals with the perennial challenge of political violence in Kenya and the need for electoral reforms before the next general election of August 2022. The Bishops further express concern over the drought situation affecting some Kenyan regions. They encourage Kenyans to pray for peace, tolerance and justice.

Share on FacebookShare on TwitterShare on PinterestShare on EmailShare on LinkedIn
UN fears world likely to miss Paris climate targetsBishop Stowe: Catholics deserve to know if their priest is unvaccinated