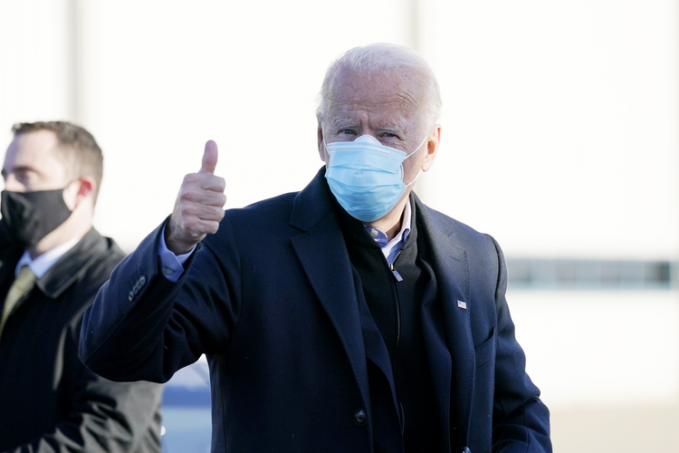 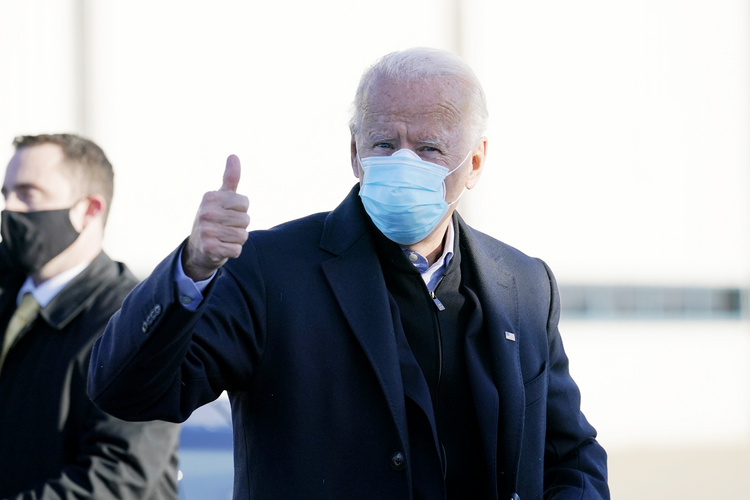 WASHINGTON (AP) — After a campaign marked by rancor and fear, Americans on Tuesday decide between President Donald Trump and Democrat Joe Biden, selecting a leader to steer a nation battered by a surging pandemic that has killed more than 231,000 people, cost millions their jobs and reshaped daily life.

Nearly 100 million Americans voted early, and now it falls to Election Day voters to finish the job, ending a campaign that was upended by the coronavirus and defined by tensions over who could best address it. Each candidate declared the other fundamentally unfit to lead a nation grappling with COVID-19 and facing foundational questions about racial justice and economic fairness.

Fighting to the end for every vote, Biden was headed to Philadelphia and his native Scranton on Tuesday as part of a closing get-out-the-vote effort before awaiting election results in his hometown of Wilmington, Delaware. His running mate, Sen. Kamala Harris, was visiting Detroit, a heavily Black city in battleground Michigan. Both of their spouses were headed out, too, as the Democrats reached for a clear victory.

Biden and his wife, Jill, started the day with a stop at St. Joseph’s on the Brandywine in Wilmington with two of his grandchildren in tow. After a brief church visit, the four walked to his late son Beau Biden’s grave, in the church cemetery. Beau, a former Delaware attorney general, died of brain cancer in 2015 and had encouraged the former vice president to make another White House run.

Joe Biden is beginning what could be the most important day of his life the way he’s begun many others: Mass at his parish.

Trump made a morning appearance on “Fox & Friends,” where he predicted he will win by a larger electoral margin than he did in 2016, when he tallied 306 electoral college votes compared to Democrat Hillary Clinton’s 232. The president, who returned to the White House after 3 a.m. on Tuesday following a busy day of campaigning, also planned to visit his campaign headquarters in Virginia. He invited hundreds of supporters to an election night party in the East Room of the White House.

Biden entered Election Day with multiple paths to victory while Trump, playing catch-up in a number of battleground states, had a narrower but still feasible road to clinch 270 Electoral College votes. Control of the Senate was at stake, too: Democrats needed to net three seats if Biden captured the White House to gain control of all of Washington for the first time in a decade. The House was expected to remain under Democratic control.

Voters braved long lines and the threat of the virus to cast ballots as they chose between two starkly different visions of America for the next four years. The record-setting early vote — and legal skirmishing over how it will be counted — drew unsupported allegations of fraud from Trump, who refused to guarantee he would honor the election’s result.

A Wall Street Journal/NBC News poll showed that Biden’s support among Catholics has waned in recent weeks. Both Trump and Biden are polling at 49% among Catholics in swing states, an almost even split of support. Nationally, Biden is ahead by three points among Catholic voters. The same poll also found that 67% of swing state voters voters had already voted ahead of election day.

The hard-fought campaign left voters on both sides eager to move on.

“I believe there’s a lot of division and separation,” said Kelvin Hardnett, who was among more than two dozen voters who lined up more than hour before the polling site at the Cobb County Civic Center outside Atlanta opened on Tuesday morning. “And I believe that once we get past the names and the titles and the personal agendas, then you know, we can focus on some real issues.”

On their final full day on the campaign trail, Trump and Biden broke sharply over the mechanics of the vote itself while visiting the most fiercely contested battleground, Pennsylvania.

The Republican president threatened legal action to block the counting of ballots received after Election Day. If Pennsylvania ballot counting takes several days, as is allowed, Trump claimed without evidence that “cheating can happen like you have never seen.”

In fact, there are roughly 20 states that allow mail-in ballots received after Election Day to be counted — up to nine days and longer in some states. Litigation has centered on just a few where states have made changes in large part due to the coronavirus.

Biden told voters in Pennsylvania that the very fabric of the nation was at stake and offered his own election as the firmest rebuke possible to a president who he said had spent “four years dividing us at every turn.”

“Tomorrow’s the beginning of a new day. Tomorrow we can put an end to a president that’s left hardworking Americans out in the cold!” Biden said in Pittsburgh. “If you elect me as president, I’m gonna act to heal this country.”

More Election Day Stories from America:
-Father James Martin: Jesuit tools to help you survive the election (and its aftermath)
-A Prayer for the Election
___

Jaffe reported from Pittsburgh. Miller reported from Grand Rapids, Mich. Associated Press writers Deb Riechmann and Will Weissert in Washington and Bill Barrow and Haleluya Hadero in Atlanta and Jeff Martin in Cobb County, Georgia contributed to this report.