Home Test page Jesus warns against an ‘us versus them’ attitude. We should give it up this Lent.

Jesus warns against an ‘us versus them’ attitude. We should give it up this Lent. 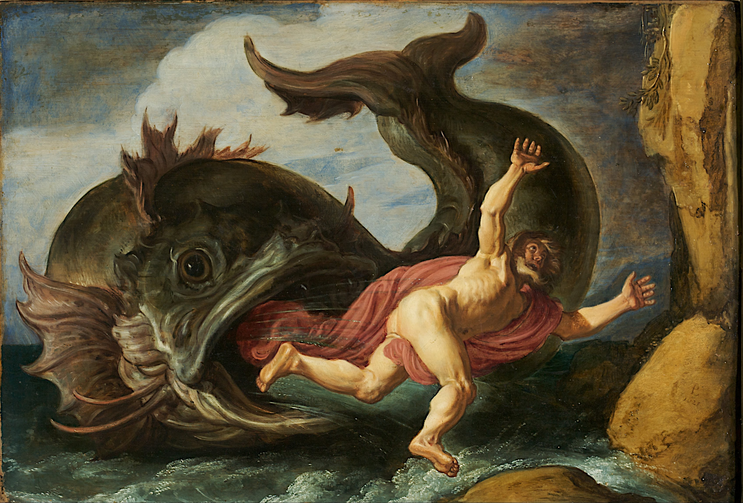 Journey with America’s editors as they reflect on Scripture, prayer, fasting and almsgiving both in written form and on “The Word” podcast. Find all the reflections and more Lent resources here.

Subscribe to The Word in Apple Podcasts, Spotify, Google Podcasts or your favorite podcast player and never miss a reflection.

A reading from the Gospel of Luke

While still more people gathered in the crowd, Jesus said to them,
“This generation is an evil generation;
it seeks a sign, but no sign will be given it,
except the sign of Jonah.
Just as Jonah became a sign to the Ninevites,
so will the Son of Man be to this generation.
At the judgment
the queen of the south will rise with the men of this generation
and she will condemn them,
because she came from the ends of the earth
to hear the wisdom of Solomon,
and there is something greater than Solomon here.
At the judgment the men of Nineveh will arise with this generation
and condemn it,
because at the preaching of Jonah they repented,
and there is something greater than Jonah here.”

Lent is a period of repentance. One of the most dramatic and powerful examples of repentance in the bible is given by the people of the city of Nineveh. They were Assyrians, the same Assyrians who had captured and exiled thousands of Israelites. They were sworn enemies of God’s people. Yet, God desired to reach out to them and asked Jonah to be his messenger. Why would God want them to repent? Why would God want to build bridges with the enemies of his people? Why would he want to be in a relationship with them? Jonah must have asked himself the same questions. That’s probably why he tries to run away from God and later becomes angry when God shows mercy to the Ninevites.

Us versus them. It’s a constant theme running through human history. It’s the disposition of the many scribes and Pharisees and crowds Jesus encounters in his ministry. They often ask, “Why does he eat and drink and associate with sinners?” Like today’s gospel reading, these are dramatic moments of conflict. So much of Jesus’ preaching and ministry is about challenging people’s tribal dispositions. He is constantly pushing people to name their prejudices and expand their concept of neighbor.

Jesus says of the great king Solomon and the prophet Jonah, “something greater is here.” Something more expansive and inclusive. And those “foreigners” who have shown humility and openness to different people–the queen of the south and the people of Nineveh–will rise and condemn the people who belong to the “right” tribe or religion.

The witness of repentance of the people of Nineveh in the book of Jonah is not simply their turning away from sin, but their openness to the word of God delivered by someone from a different tribe, an enemy. One way of repenting during Lent is to acknowledge our narrow attitudes about who is “in” and who is “out.” Jesus’ message is emphatically that everyone is in.

Share on FacebookShare on TwitterShare on PinterestShare on EmailShare on LinkedIn
Interview: What to expect when Pope Francis makes his historic trip to IraqNew collection reflects on the theology behind our concept of the cosmos