Jesuit Bernd Hagenkord: The life of a papal journalist 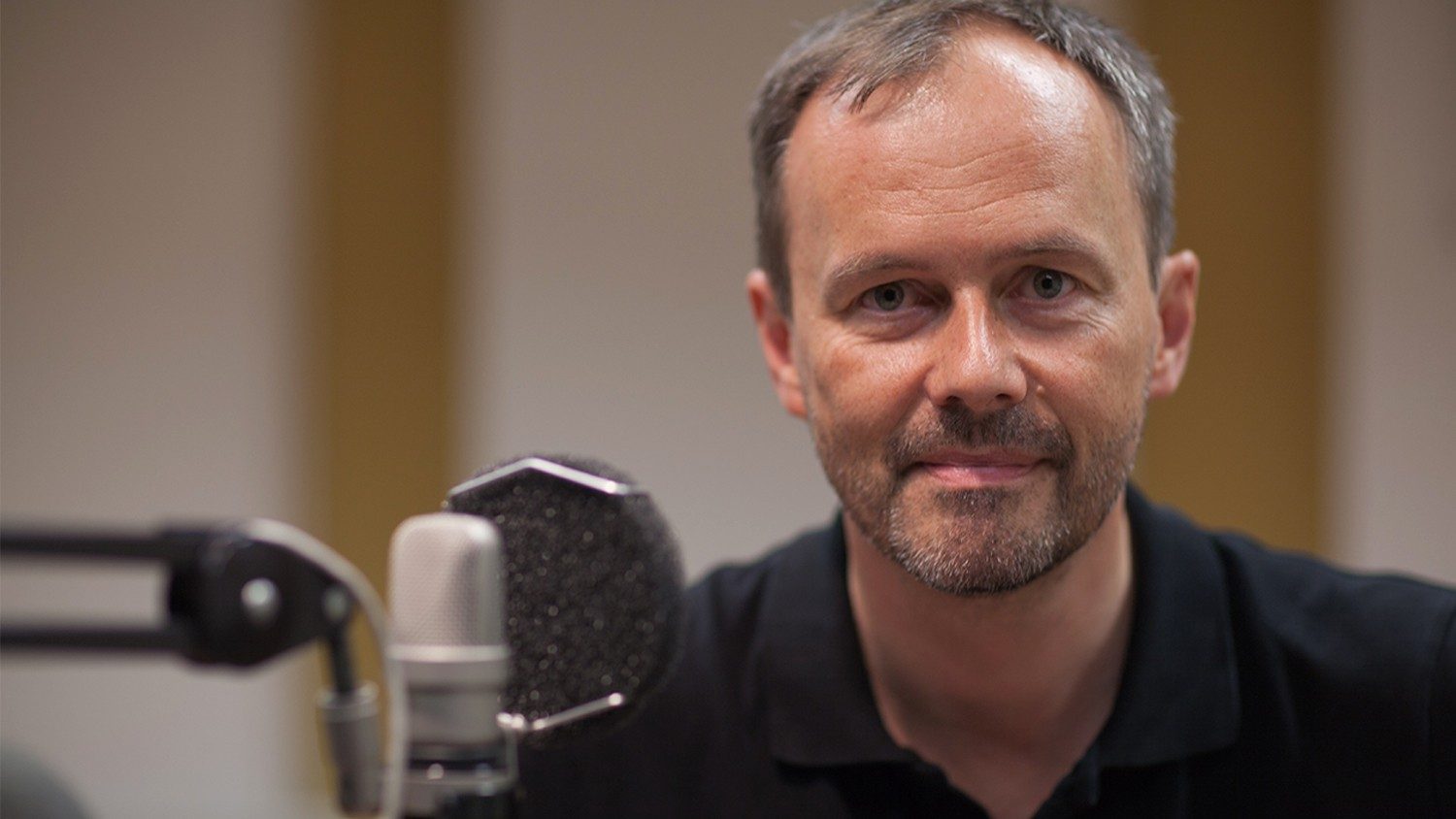 At first sight one could have mistaken him for a visitor, perhaps an actor… one of the many guests who – before the Covid-19 pandemic – found themselves the corridors of the Palazzo Pio waiting to enter the studio for an interview. But on the Pope’s Radio, and then in the early days of Vatican News, Father Bernd Hagenkord was anything but a guest.

On the Pope’s Radio station

The illness that tore him away this morning from the affection of the many people who were close to him – besides his family, the Society of Jesus which he joined in 1992 at the age of 24 and his colleagues in the Vatican media – spread rapidly and incurably shortly after his return from Rome to Germany, where he was born on 4 October 1968 in Hamm, near Dusseldorf.

Father Bernd arrived in Rome in 2009, with a great interest in journalism, to take over the direction of the German-language programmes of the Vatican’s broadcasting station. A priest since 2002, he was ordained in Cologne and studied philosophy, theology, history and journalism in Hamburg, Munich and London. Cologne is the city where he prepared himself by studying Italian and doing an internship at Domradio, for the task assigned him by the Society of Jesus, among microphones and covrage of papal activities during the pontificate of Benedict XVI.

During his ten years with the Radio, he was greatly appreciated by his fellow German-speaking reporters, who admired him not only for his professional but also his human qualities – he was often the one who offered to cover the busiest shifts, especially on major feasts, so that his colleagues, mothers and fathers, could be with their loved ones. But Father Bernd was highly esteemed by those in the other language sections as well, which at the Vatican Radio headquarters in Palazzo Pio – where dozens of languages and cultures coexist – means, in a certain sense, “other worlds.” He became the coordinator of the Jesuits working at Vatican Radio, which had been entrusted to the Society founded by St Ignatius until the reform of the Vatican Media desired by Pope Francis.

Father Bernd was very balanced, often ironic in his speech – but what especially stood out was his ability to mediate in a way that was both thoughtful and insightful about the issues to be resolved. That was one of the reasons why the new management asked him to take over the editorial team responsible for coordinating the work of all the language sections when the reforms redesigned the structure and balance of Vatican communication.

In September 2019, Father Bernd said good-bye to the world of Vatican journalism. Those who bid him farewell had no suspicion that his departure was about to become something more. In the church in Germany, Father Bernd immersed himself in the synodal journey, first as a spiritual guide, then also as an elected member of the ZdK, the largest association of German Catholics involved in the Synod with the Bishops’ Conference. He found time to teach journalism, until his strength was sapped by illness and exhausting treatment.

Father Bernd lived his last days with a discretion that is both innate and sought after, his mind occupied with what had struck him, and a piece of his heart that he felt had never left his beloved Rome and the Romans, remembered with stunning black and white photographs on his Instagram profile. On the door of his office, upon arriving in Rome, he had hung this sign: ‘Free space for faith.’ That sign is no longer there – but it is no longer needed. It is engraved in his legacy.

Eternal rest grant unto him, O Lord
And let perpetual light shine upon him.

May his soul, and the souls of all the faithful departed,
Through the mercy of God, rest in peace.

Share on FacebookShare on TwitterShare on PinterestShare on EmailShare on LinkedIn
Benedict XVI laments lack of faith within Church institutions in GermanyCard. Bo: God asks Myanmar people to reach out to others through their ‘five senses’