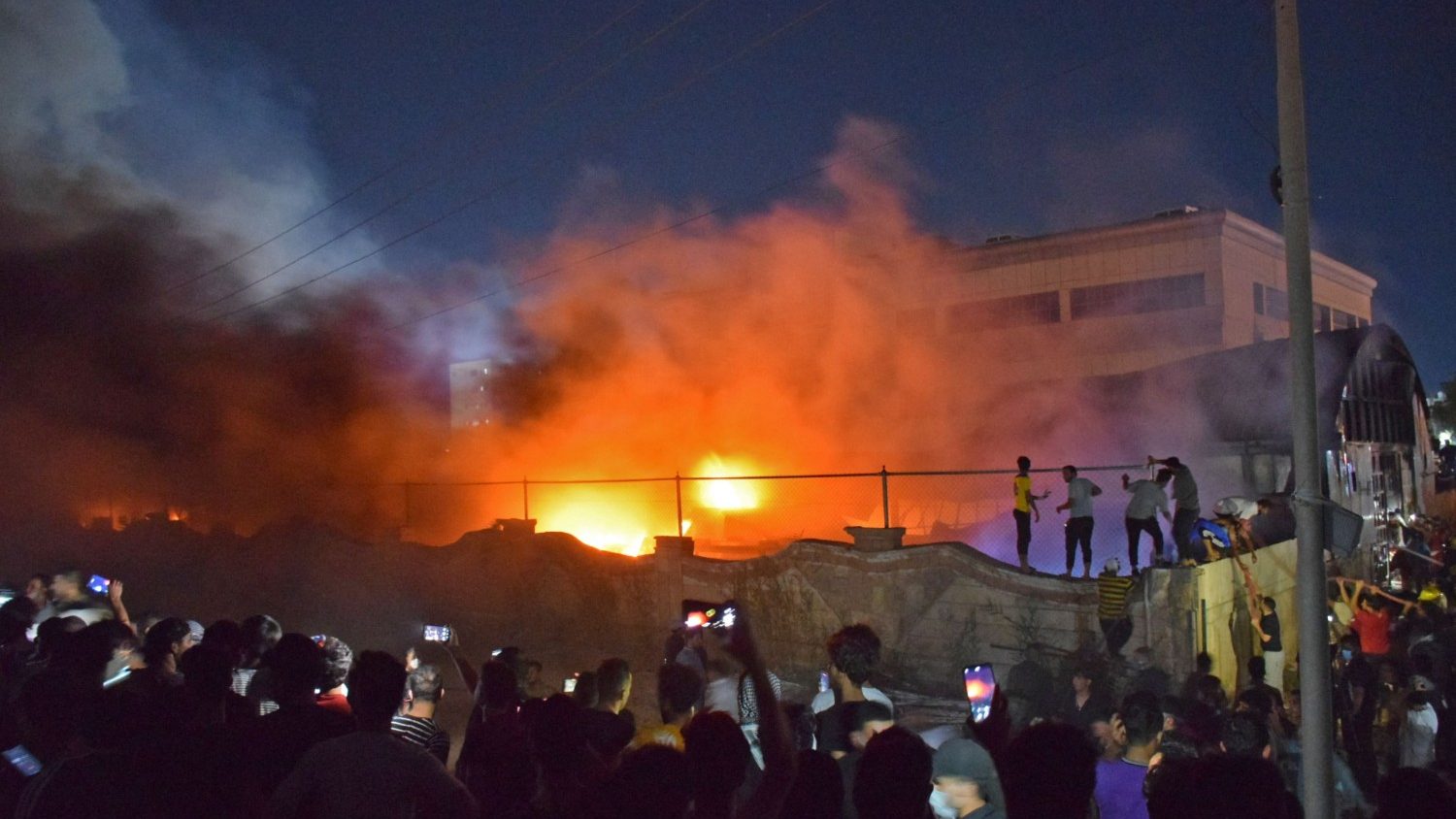 Several dozens of people have died after a fire ravaged the Covid-19 isolation ward at a hospital in the southern Iraqi city of Nasiriyah.

Initial reports indicate that at least 64 people were killed and more than 100 were injured in the blaze which broke out at the  Al-Hussein Teaching Hospital late on Monday.

Officials point at an oxygen tank explosion in the hospital ward as the cause of the explosion. The tragic blaze has been brought under control by civil defence teams.

Local health authorities said that the new isolation ward in the hospital, containing about 70 beds, opened just three months ago as part of the country’s efforts to fight the pandemic.

Footage shared online showed thick clouds of black smoke billowing from the hospital’s buildings, along with the sounds of sirens.

Officials fear that the death toll may increase as some patients are still missing. It is unclear how many people were in the building when the fire broke out but authorities say that evacuation operations are still ongoing.

This latest tragedy is the second lethal blaze of its kind in the country in recent months. A fire broke out in the coronavirus ward of a hospital in Baghdad in April, killing over 80 people and sparking outrage among the population.

Following the fire incident, anger has spread among people gathered at Nasiriya’s morgue as they waited to receive relatives’ bodies. Crowds of demonstrators appeared at the hospital in protest of the tragic blaze.

Their outrage stems from the reoccurrence of a fire incident at hospitals in the country within three months, with poor measures taken to prevent them. They also point at the slow response to the fire and not enough firefighters to put the situation under control.

Meanwhile, Iraqi Prime Minister Mustafa al Kadhimi suspended the hospital director, the head of the regional health department and the province’s head of civil defense. He ordered that all three be detained during the ongoing investigations.

Iraq’s health care system has been massively challenged after years of conflict in the middle eastern country. This fire mounts further pressure on the government as it struggles with crumbling infrastructure, economic crisis and the coronavirus pandemic.

Iraq is currently battling a resurgence of the coronavirus with increased numbers of infections in recent days. The nation recorded over 9,000 new cases on Monday.