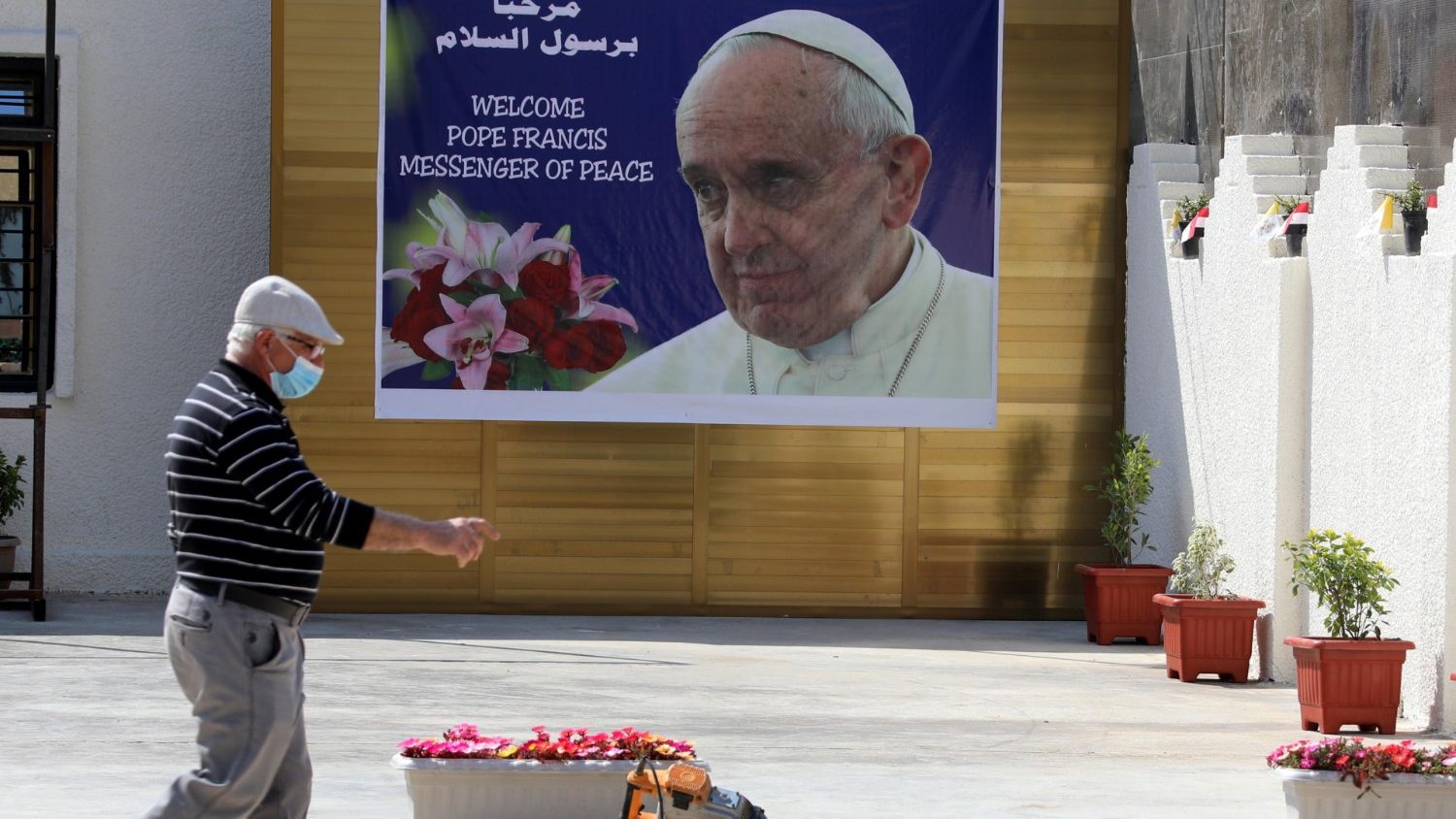 Pope Francis sets off Friday for the first-ever papal visit to Iraq.

His Apostolic Journey is stirring up great excitement in the Middle Eastern nation, which boasts the reputation of being the birthplace of the patriarch Abraham.

Christians, Jews, and Muslims all trace their roots back to Abraham, and the Pope’s visit is providing an opportunity to renew interreligious ties in long-suffering Iraq.

As that day approaches, Hassan Amer Abdullah, a project officer with Catholic Relief Services (CRS), spoke to Vatican Radio to offer his perspective.

Himself a Muslim working for the American arm of Caritas, Mr. Amer says Pope Francis’ visit will remind Iraqis of their common heritage after decades of conflict, including the insurgency of the so-called Islamic State.

“The Pope’s visit will emphasize the message of human fraternity: that we are all brothers and that we can unite to support each other,” he said.

Mr. Amer recalled an Islamic saying he feels characterizes the Apostolic Journey: “People for people, regardless of their religion.”

He added that the visit is an opportunity for Iraqis to take notice of the solidarity being shown by countless international organizations and aid agencies.

“One good message that will be shared,” said Mr. Amer, “is that all Iraqis are coming together to rebuild their community and restore peace, regardless of their religious backgrounds.”

He said the visit should provide a message of “hope, solidarity, and peace for the Iraqi community”, especially for the younger generations.

The CRS officer also pointed out that this is an historic visit, marking the first time a Pope will travel to Iraq. His visit will therefore provide an opportunity for the world to take notice of the country’s situation and history.

One stop on Pope Francis’ itinerary will take him to Ur of the Chaldeans, the place where Abraham was born and from which he set out to travel to the Promised Land.

“Iraq is the birthplace of Abraham, the spiritual father of many religions,” noted Mr. Amer.

Iraqis have suffered much over the past 2 decades, starting with the US-led invasion in 2003 and culminating in the rise of the so-called Islamic State in 2014.

These events have gone some way toward driving a wedge between Christians and Muslims in parts of the country.

Yet, Mr. Amer is hopeful for the future of interreligious relations. “Christians and Muslims are now rebuilding trust between them as a result of the conflict and the issue of displacement.”

He admitted that the operation is ongoing, but that many organizations are setting up programs to help promote reconciliation and peace.

“As an agency,” he added, “we need to keep working on bolstering relationship building here in Iraq.”

Mr. Amer then pointed to his own religious background as an example of interreligious dialogue.

“As a Muslim, I work at Catholic Relief Services with colleagues of different faiths to contribute to restoring peace and rebuilding trust between groups.”

He said CRS has put in place a project to empower youth of various religions to define together a vision for their community and their children.

Catholic Relief Services arrived in Iraq in response to the destruction unleashed by the so-called Islamic State. The Caritas-member agency thus serves communities mostly in the northern part of the country where the terror organization was most active.

As the situation gradually improved, CRS has set up other programs to promote peace and reconciliation in Iraq’s war-torn communities.

“CRS has been working through many phases of our plan, starting from the frontline response to the long-term, sustainable plan, which hopes to bring people together to seek solutions to their common problems.”

Pope Francis’ much-anticipated visit will surely provide some much-needed oomph to push Iraqis along their long path toward fraternity.

Share on FacebookShare on TwitterShare on PinterestShare on EmailShare on LinkedIn
Who will be the first Black Catholic saint in the United States?‘Not a good idea:’ Infectious disease experts are worried about Pope Francis’ trip to Iraq