Iraq: Cardinal Sako says ‘something has already changed’ in the nation 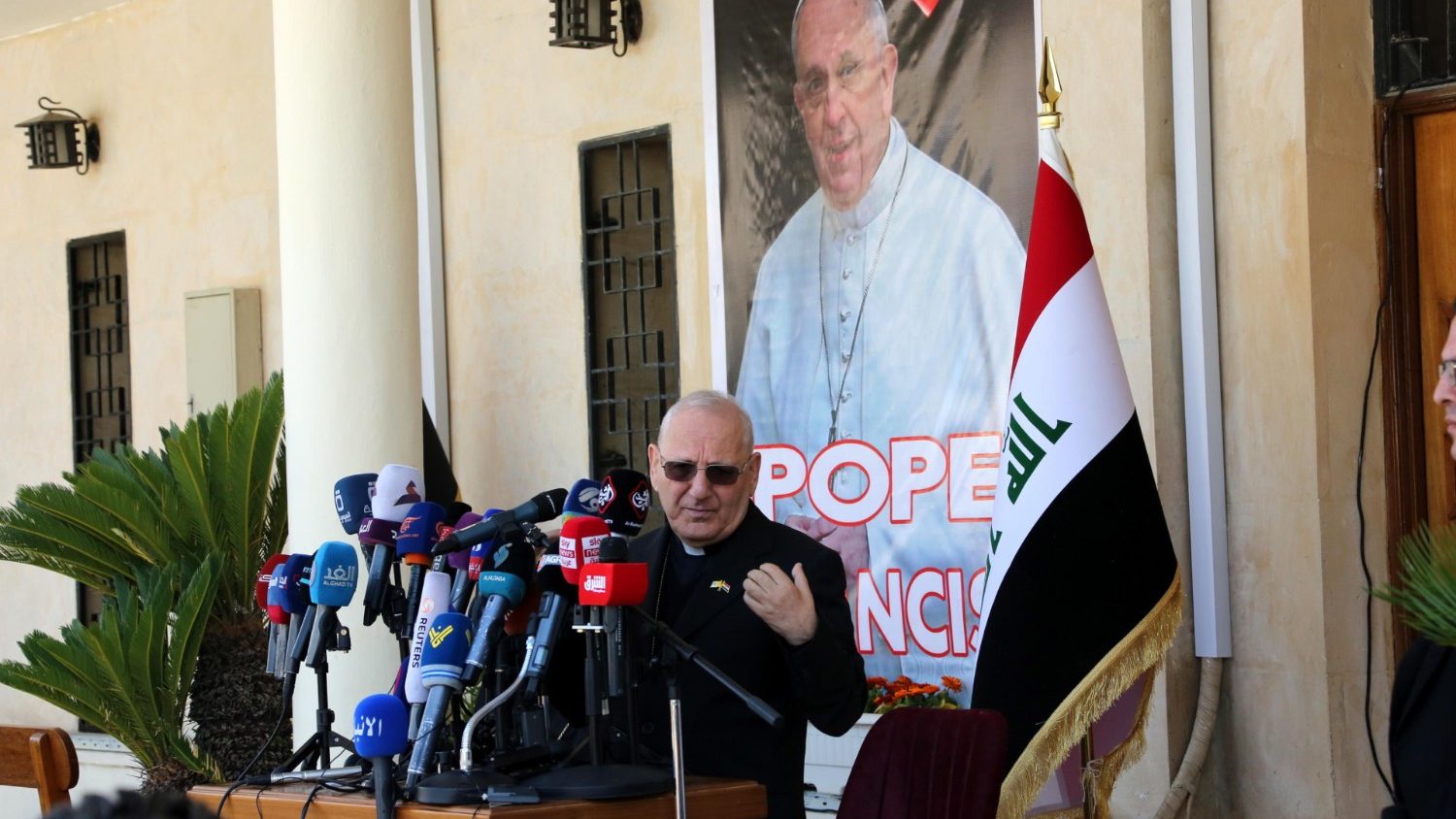 Pope Francis’s 33rd visit abroad takes him to Iraq from 5 to 8 March. This Apostolic Journey will begin in the capital, Baghdad, where the Pope is scheduled to meet political and civil authorties and representatives of the Catholic Church. He will then travel south to the holy city of Najaf to meet the Grand Ayatollah Ali al-Sistani, a leading Iraqi Shia Muslim, as well as religious leaders and communities of other faiths.

For Iraq’s small Christian community, the highlight of the trip will be the Pope’s visit to the north of the country, where thousands of Christians in the area were killed under the rule of so-called Islamic State between 2014 and 2017.

Hundreds of thousands more were forced to flee their homes in the face of violence and persecution. Here, he will visit the cities of Erbil, Mosul and Qaraqosh to meet people who are trying to rebuild their communities and churches.

The Pope will return to Rome on Monday, 8 March.

Iraqi Cardinal Louis Raphaël Sako, Patriarch of Babylon of the Chaldeans, told Vatican Radio’s Stefano Leszczynski that, as the entire population prepares to welcome Pope Francis, something has already changed in the nation.

Listen to the interview with Cardinal Sako

Christians and Muslims alike, said Cardinal Sako, are busy preparing posters of greetings, and all media outlets are saying “Welcome Pope Francis! We are happy to welcome you!”

The Cardinal recalled a recent conversation with a Muslim lady, who described this visit as “our last hope.” He said, “something is changing and moving” within Iraqi society, and there is the hope the Pope’s presence will serve also to help prepare a better future for all.

Aside from all the logistic preparations and the cleaning up of streets and cities, Cardinal Sako remarked on how Christians are preparing their churches and other spaces for the celebrations of Masses and meetings, everywhere the Pope is scheduled to go.

He underscored how one of the focuses of the journey will be on fraternity: “A spiritual fraternity,” which he said will be especially highlighted when the Holy Father travels to Ur, the birthplace of Abraham.

Also in the forefront, Cardinal Sako continued, is the interreligious aspect of the journey that foresees, amongst others, a meeting with the Ayatollah Al-Sistani: “It will have a big impact for Christians and Muslims.”

A model of reconciliation for the Middle East?

Asked whether he thinks Iraq can become an example of reconciliation in the Middle East, the Chaldean Patriarch said: “This is our hope. Meanwhile, everyone now is ready to take the first step.”

Certainly, he concluded, the people of Iraq really seem to be preparing the ground as everyone, the government and all religious authorities, as well as Muslims, both Sunni and Shia – and Christians of course – together with the entire population, are enthusiastically “preparing, awaiting and expecting this visit.”