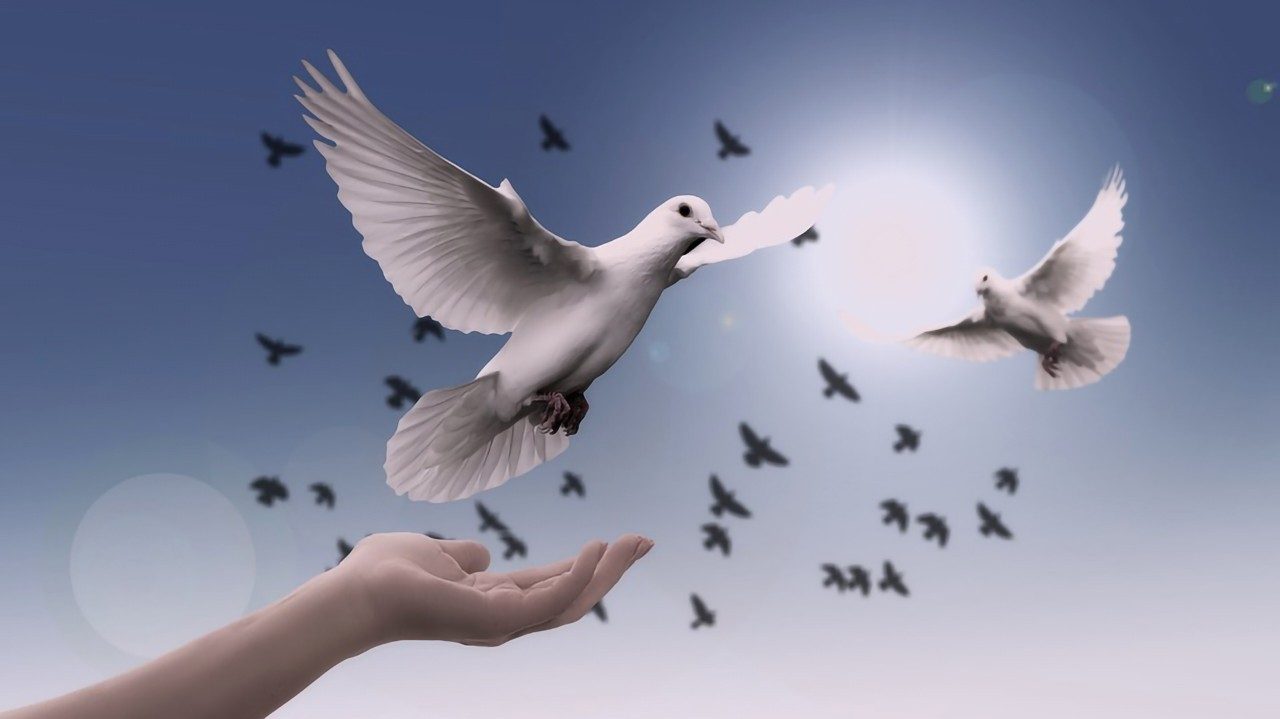 The theme of the September 21 International Day of Peace this year is, “Recovering better for an equitable and sustainable world.” The annual observance was established by the UN General Assembly in 1981. In 2001, it unanimously voted to designate the Day as a period of non-violence and cease-fire.

A stark choice- peace of peril

In a message for the occasion, UN Secretary-General Antonio Guterres notes that “Covid-19 has turned our world upside-down”.   “Conflicts are spinning out of control.  The climate emergency is worsening. Inequality and poverty are deepening. And mistrust and division are driving people apart at a time when solidarity and collaboration are needed more than ever.”

The human family, he says, is faced with a stark choice: peace or peril. “We must choose peace,” he urges, saying this is why he called for a 24-hour ceasefire to mark International Day of Peace.

“By working in solidarity for a lasting, sustainable peace every day,” Guterres says, “we can tackle the issues facing us.”  Some of these emergencies, he said, are delivering lifesaving vaccines and treatment for Covid-19, recovering from the pandemic and re-building shattered systems and lives, reducing inequalities, trusting one another, and having faith in facts and science.

The UN chief stresses that humanity also needs to make peace with nature, to heal our planet, build a green economy, and achieve our net-zero targets.

In a move in this direction, Guterres and UK Prime Minister Boris Johnson held an Informal Climate Leaders Roundtable on Climate Action on the eve of International Day of Peace, as a high-level week of the General Assembly begins at the UN in New York.   Calling on world leaders for “decisive action now to avert climate catastrophe,” the two leaders pressed for more action on climate finance and other measures ahead of the watershed UN COP26 climate conference, end of next month in Scotland.

In his message for International Day of Peace, UN secretary-general stresses, “Peace is not a naïve dream.” “It’s a light in the darkness… guiding us to the only pathway to a better future for humanity.” He urges all to “walk the pathway of peace”, saying our lives really depend on it.

The UN chief had made a similar appeal earlier in a message for the 100-day countdown to the September 21 International Day of Peace. Peace is needed to heal from the pandemic and reimagine a better future for people and the planet. He pointed out that peace is the foundation of that recovery, as the global vaccination effort cannot advance amidst armed conflict and violence.

The pandemic is known for hitting the underprivileged and marginalized groups the hardest. By April 2021, over 687 million Covid-19 vaccine doses had been administered globally, but over 100 countries had not received a single dose. People caught in conflict are especially vulnerable in terms of lack of access to healthcare and life-saving vaccinations.

Guterres said we can not build a sustainable, resilient, peaceful world while we are at war with nature. Recovery efforts offer an opportunity to transform our relationship with our planet and our environment, Guterres said.

He thus called on all people to be part of a transformation for peace, by standing up against hatred and discrimination, by caring for the planet, and by showing global solidarity.

On September 17, the UN organized an online International Day of Peace event for young people. Guterres, Messengers of Peace, and students from around the world took part in the observance. Later in the afternoon, a Peace Bell Ceremony was held in the Peace Garden at UN Headquarters in New York. The UN chief and the President of the 76th UN General Assembly, Abdulla Shahid, marked International Day of Peace by ringing the Peace Bell and observing a minute of silence.

Share on FacebookShare on TwitterShare on PinterestShare on EmailShare on LinkedIn
Pope Francis to Slovakian Jesuits: ‘Some people wanted me to die’ amid health problemsProtection of minors in the Church in Central & Eastern Europe