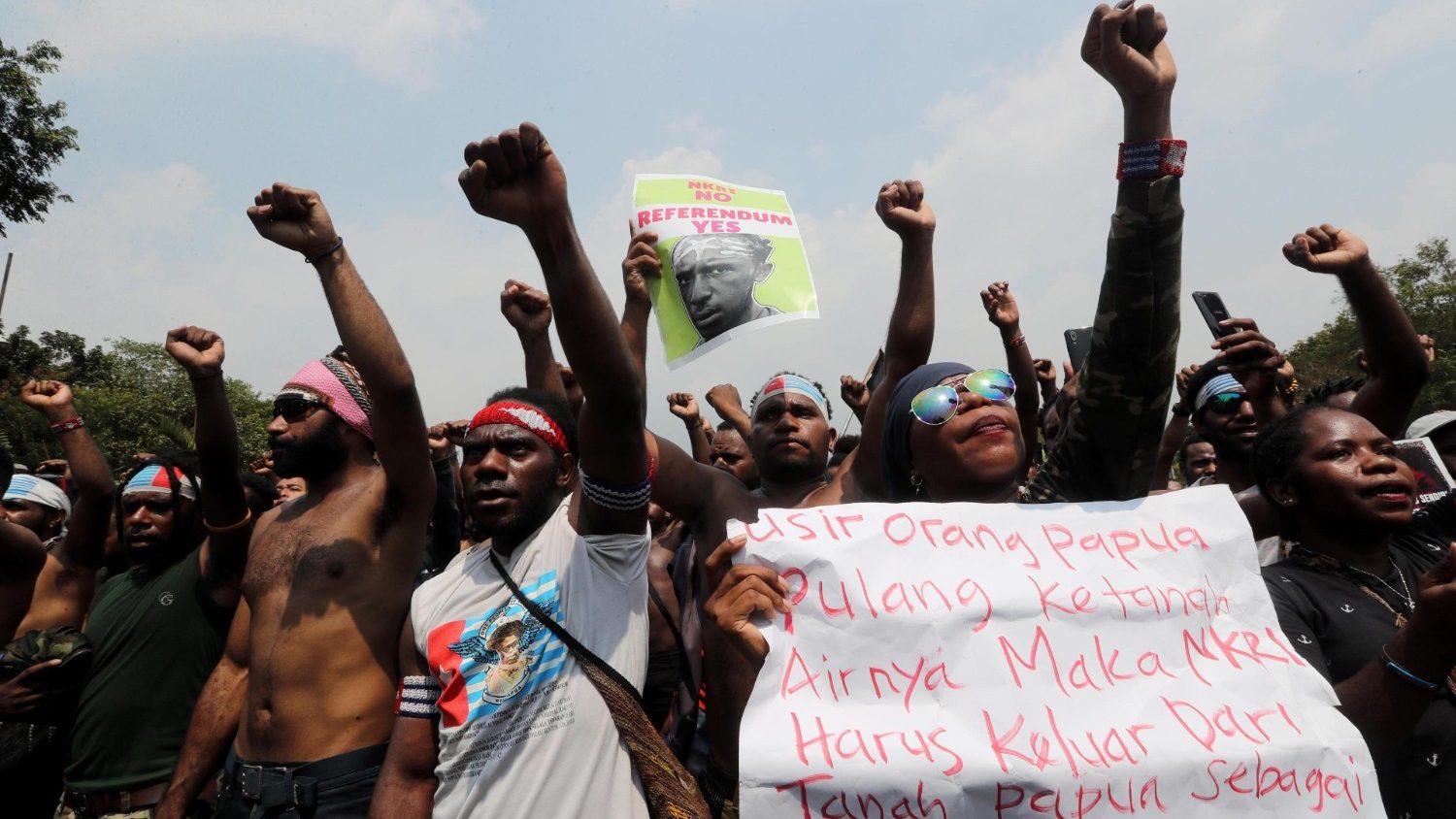 The Catholic bishops of Indonesia’s easternmost Provinces of West Papua and Papua are urging a “better future” from the country’s authorities for their people in a territory torn by decades of struggle between Indonesian forces and separatist groups.

Representatives of the five dioceses of the two provinces recently came together for a 3-day meeting to discuss several problems affecting the Papuan people and their land, AsiaNews reported.  Among the issues they focused on were the territory’s special autonomy law (UU Otsus), new job and development opportunities, and improving education, which now represents an emergency that must be tackled right away.

The Catholic Church in West Papua and Papua consists of the single ecclesiastical metropolitan province of Merauke, which includes the Archdiocese of Merauke and the suffragan dioceses of Jayapura, Agats, Timika and Manokwari-Sorong. The see of Timika is currently vacant.

In a press release on 25 Feb., at the end of their meeting, the Church leaders appealed to the country’s national and local leaders, urging them to focus on the common good of the people. According to them, peace can only be achieved through dialogue and an end to the armed struggle by separatist groups.

Indonesia’s military and security forces are pitted against local pro-independence armed groups who are pushing for “a referendum on self-determination”.

The bishops urged both sides to adopt “an approach based on love and non-violence”, inviting them to realize the “importance of peaceful dialogue”.  Instead of discussing the further implementation of the special autonomy that has been in place for 20 years and which expires in 2021, they want to see the parties “get back to work together.”

Indigenous residents of West Papua and are Papua ethnically similar. The two provinces became part of Indonesia controversially in the 1960s, despite the former Dutch colony declaring independence in 1961.  Since then, a separatist movement has been simmering in Papua, with sporadic violence.  People have been complaining of discrimination and rights abuses at the hands of Indonesian authorities.

The prospects for peace are still conditioned by the armed struggle, which has led over the years to extrajudicial killings and violence on both sides. The civilians have suffered the most, forced to flee and seek refuge wherever they can, even inside churches.

The bishops of the two Papuan provinces are stressing the need for creating a future of hope for their people through opportunities for economic development through jobs and encouraging local businesses and enterprises.

The bishops complain that local businesses are owned by on-Papuan migrants from other provinces. “Regency officials,” they said, “should instead create opportunities for indigenous people, giving them the necessary skills and means.”

Another emergency, they said, is education which has been negatively impacted recently by the coronavirus pandemic.

With school absenteeism normally high, the pandemic has exacerbated the situation, making illiteracy a serious problem. “When the bases of primary education are inadequate, one cannot hope to achieve anything better from high school or universities,” the bishops said.  (Source: AsiaNews)

Share on FacebookShare on TwitterShare on PinterestShare on EmailShare on LinkedIn
PAV marks first anniversary of “Rome Call AI” documentPope Francis expects to die ‘in Rome, as pope, in office or emeritus’