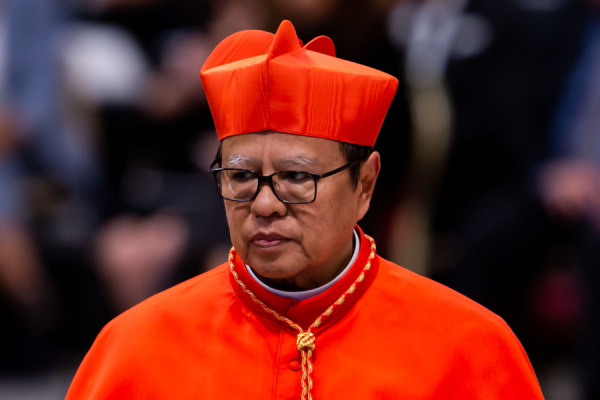 Rome Newsroom, Mar 29, 2021 / 09:00 am (CNA).- Indonesia’s Catholic bishops have strongly condemned the Palm Sunday suicide bombing on the Sacred Heart of Jesus Cathedral on the island of Sulawesi which injured at least 19 people.

The two attackers, who both died in the bombing, were believed to have been a part of the local Islamic State affiliated group, Jamaah Ansharut Daulah (JAD), according to the national police chief.

Cardinal Ignatius Suharyo Hardjoatmodjo, the archbishop of Jakarta, told CNA on March 29 that the injured victims of the cathedral bombing are hospitalized and recovering.

He said that the attack on the first day of Holy Week “shocked everybody in Indonesia, not only Catholics,” noting that “leaders of all religious communities … condemned the brutal violence.”

“After the suicide bomb, the government has assured us Catholics, and Christians in general, that Holy Week services can be carried out as planned – with a security guarantee from the government,” Cardinal Suharyo said.

“We all pray that we can celebrate this Holy Week peacefully and that all Indonesian – not only Catholics – experience the peace Jesus Christ brings us.”

“The suicide bombing is not only the concern of Catholics but also the concern of the entire nation and the Indonesian state,” Bishop Yuwono said in the statement published by Aid to the Church in Need.

“We strongly condemn the suicide bombing that disgraced human dignity, destroyed the values of humanity, and added to the long list of terrorism incidents in the nation that we love.”

The leader of the bishops’ interreligious dialogue commission for the world’s most populous Muslim-majority nation prayed that the Lord will grant “peace and protection to all.”

“We hope that the incident will not harm or weaken the relationships which have so far been intensively built, maintained, and developed by religious followers,” the bishop said.

Indonesia is home to the Nahdlatul Ulama movement, the largest independent Muslim organization in the world, which is committed to developing a theological framework for a reformed “humanitarian Islam” that rejects the concepts of caliphate, Sharia law, and “kafir” (infidels).

Hodri Ariev, an Indonesian Muslim leader within the Nahdlatul Ulama movement, told CNA that “eliminating the theology behind this bombing will require serious effort … and extensive cooperation between ulama (Islamic scholars) and the government” in Indonesia.

“I invite all members of society to jointly fight terrorism and radicalism, which are against our religious values ​​and noble values ​​as a nation that upholds divine values ​​and upholds the values ​​of diversity,” he said in a statement at the Bogor Presidential Palace, West Java.

The president also promised that the state would cover all medical bills for the victims wounded in the explosion and urged the public to remain calm as they continued to attend places of worship.

The bombing occurred at the side gate of the Catholic cathedral of Makassar, the capital city of South Sulawesi province, as church-goers were exiting the cathedral at the start of Holy Week.

Fr. Wilhelmus Tulak, who offered the Mass, said that the explosion occurred at around 10:30 a.m. local time.

Two people, a man and a woman, drove up to the cathedral on a motorbike and tried to enter through a gate. They were reportedly turned away by security guards before the bomb detonated.

Makassar is the fifth-largest urban center in Indonesia. Around 10% of the Southeast Asian country’s more than 270 million population is Christian. There are an estimated eight million Indonesian Catholics.

Catholic leaders from around the world expressed their condolences after the Palm Sunday attack.

Archbishop Eric de Moulins-Beautfort, president of the French bishops’ conference, said in a statement March 28 that Catholics in France are united in prayer and concern with Indonesian Catholics.

“They bring before the Lord Jesus the terrible pain of bereaved families, the suffering of the wounded and their loved ones, the anguish of many. They ask for peace and unity for your people, the conversion of the violent, the preservation of peace,” the archbishop said.

“The bishops of France pray very especially for you and for the priests of your diocese, asking that the Holy Spirit inspire you with words and gestures which will console, strengthen, and give hope ‘against all hope.’”

Pope Francis prayed for those wounded in the attack at the end of Palm Sunday Mass at the Vatican on March 28.

“Let us pray for all the victims of violence, especially those of this morning’s attack in Indonesia, in front of the Cathedral of Makassar,” the pope said.

Alessandro Monteduro, the director of Aid to the Church in Need in Italy, called on governments in countries where Christians are persecuted to strengthen security during Holy Week and Easter.

“The calendar of terror continues to align with the liturgical one,” Monteduro said.

“We hope that the police forces of the nations in which these extremist Islamist groups are active will strengthen the security measures to guarantee the faithful a peaceful participation in the celebrations of Holy Week and Easter,” he said.