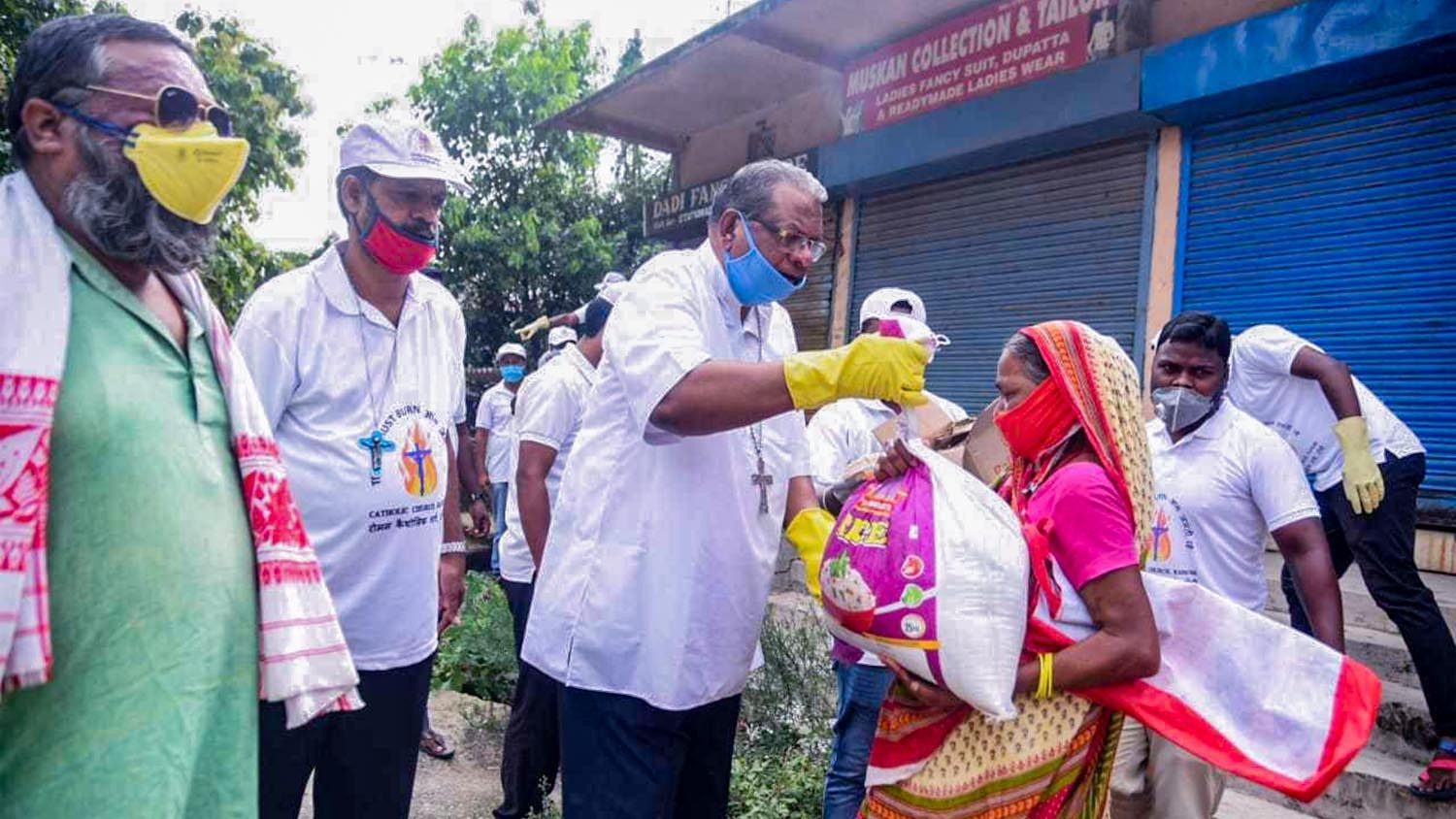 Bringing humanitarian aid, solidarity and consolation to humanity, without any discrimination of ethnicity, religion, culture or social class.  This is the thrust of the emergency outreach programme of Ranchi Archdiocese in eastern India’s Jharkhand state.

India, which has been registering record highs of new Covid-19 infections recently, is currently in Phase 5 of the lockdown, June 1-30. While restrictions are continuing in high-risk containment zones, they have been partially relaxed elsewhere in what is termed as “Unlock 1” phase.

Subsequent “Unlock” phases will allow reopening of further activities such as educational institutions, international air travel, operation of metros and recreation, depending on state government plans.

Regardless of religion or caste

Archbishop Felix Toppo of Ranchi and Auxiliary Bishop Theodore Mascarenhas, together with priests, seminarians and young people, have helped over 300 needy Harijan Muslim and tribal families.

This emergency work of the archdiocese assumed a particular significance on the feast of the Sacred Heart of Jesus, June 19th. “The feast indicates the overflowing love of the heart of God which flows to humanity through Jesus,” Archbishop Toppo told Fides. “Christians are called to share this same love with others.”

The president of the Catholic youth of the Archdiocese, Kuldip Tirkey, explained that local community leaders have been deployed to provide help “to all people in need without distinctions of caste, belief, ethnicity”.

Bishops, priests, nuns and Catholic faithful of numerous other Indian dioceses have also been reaching out to migrants in difficulty, women, poor families and others by distributing food, medicines and other essential goods.

Ranchi Archdiocese has been particularly focussing its attention on discriminated and disadvantaged groups.

Earlier on June 16, the archbishop led a team to two villages of Ranchi District, where they distributed food rations and sanitizing kits to more than 170 families of freedom fighters.

Food rations and sanitation kits were also distributed on Trinity Sunday, June 7, more than 1000 cycle rickshaw pullers of Ranchi city, who were suddenly robbed of their only source of daily livelihood when the Indian government ordered a nationwide lockdown on March 24 to prevent the spread of the Covid-19 pandemic.

Out of Jharkhand’s 32 million population, 9 million belong to tribal groups.  About 1.5 million people in the state are Christians, half of whom are Catholics.