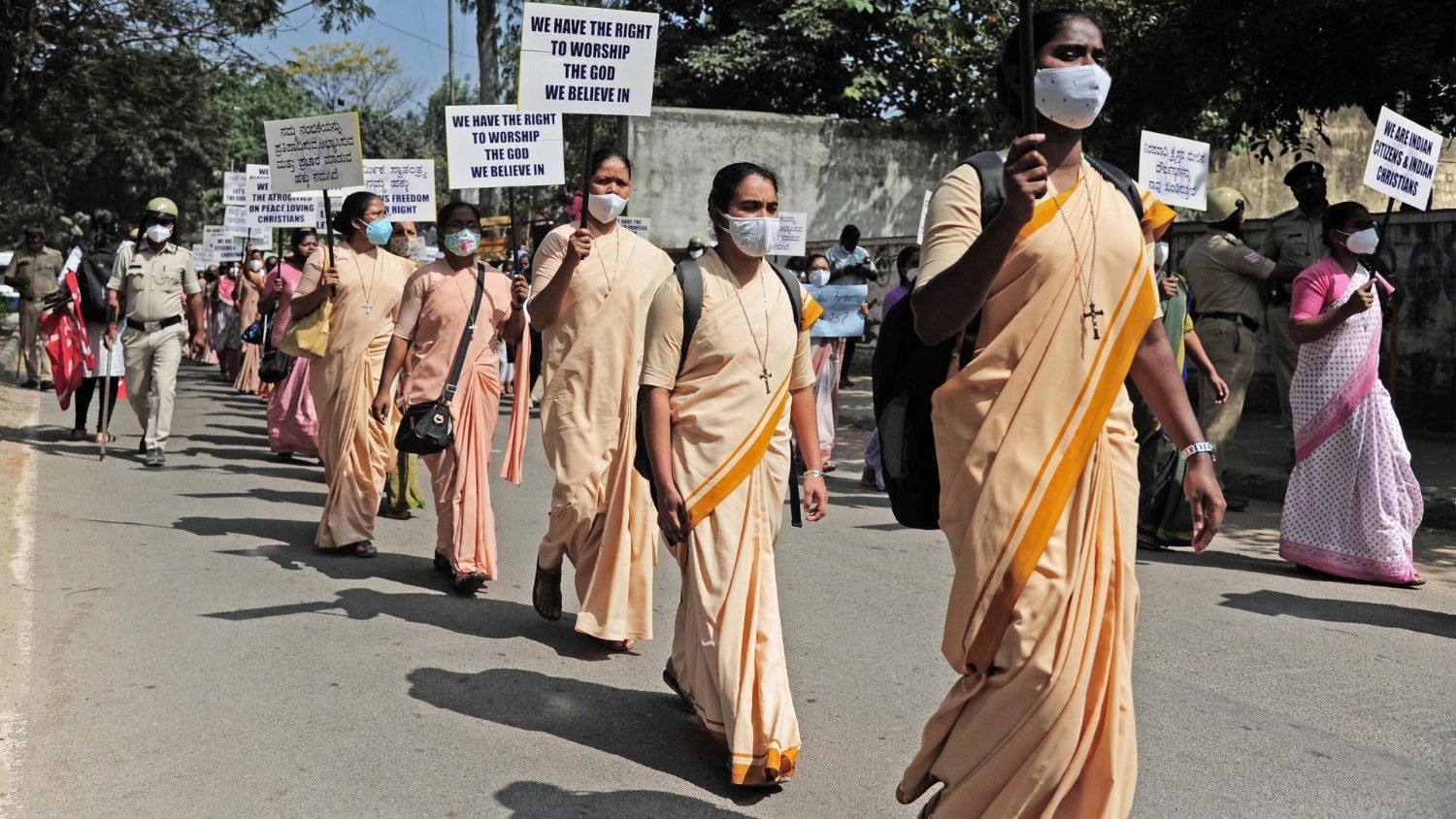 Referring to the findings of a just-published report by the OCSE Office for Democratic Institutions and Human Rights, Monsignor Janusz Urbańczyk warned that intolerance and discrimination motivated by anti-Semitism and bias against Muslims, Christians and members of other religions are on the rise across the globe.

Addressing the Warsaw Human Dimension Conference in Vienna, the Holy See’s Permanent Observer to the Organization for Security and Cooperation in Europe (OCSE) said the report shows the “most recent hate crime data reveals that 51% of all incidents reported to the Office were anti-religious hate crimes.”

Msgr. Urbańczyk said that Christians are increasingly targeted also in countries where they represent the majority, contradicting the erroneous assumption that only ‘minorities’ can become victims of intolerance and discrimination.

“The Holy See is alarmed by the rising number of attacks targeting synagogues, mosques, churches, other places of worship, cemeteries and religious sites.”

He explained that most of these despicable acts of violence are motivated by anti-Semitism and by anti-religious bias.

“Attacks on places of worship,” the Holy See Observer said, quoting from the report, “go against both the letter and spirit of the right to freedom of thought, conscience, religion or belief.”

“They must be protected to ensure communities know that their past is respected, and their future is safe.”

Msgr. Urbańczyk said that anti-Semitism or intolerance against Christians, Muslims and members of other religions “existed well before the digital era, but the Internet and especially the widespread use of social networks has led to its dramatic increase and a fundamental shift in the way it is carried out.”

He reflected on the sense of insecurity caused by these phenomena, which, he said, “have a negative impact on the daily lives of Christians and members of other religions, as well as on their enjoyment of human rights and fundamental freedoms.”

He called for a recognition of these challenges and of the fact that they are of mutual concern.

“While their most profound impact is on the lives of the targeted community, the problem needs to be recognized and addressed by our societies as a whole.”

In fact, Msgr. Urbańczyk continued, “Whenever any religious community is persecuted and marginalized because of its religious beliefs, the well-being of society as a whole is endangered and each person’s exercise of rights is diminished.”

Finally, he said the Holy See highlights “a glaring omission” on the part of participating States in fulfilling what they agreed to undertake at a landmark OCSE Ministerial Meeting in 2014.

During that Meeting in Basel, OCSE political bodies pledged to develop a comprehensive action plan to combat racism, xenophobia, discrimination on all grounds, hate crimes and other forms of intolerance.

This tasking, he concluded, despite the efforts of some Delegations to re-interpret the existing commitment, remains an obligation incumbent on us all, in order to enhance “our efforts to combat intolerance and discrimination, including against Muslims, Christians and members of other religions.”

Share on FacebookShare on TwitterShare on PinterestShare on EmailShare on LinkedIn
Cardinal O’Malley on renewed mission of Protection CommissionA religious sister in Myanmar: ‘Remaining with my people’