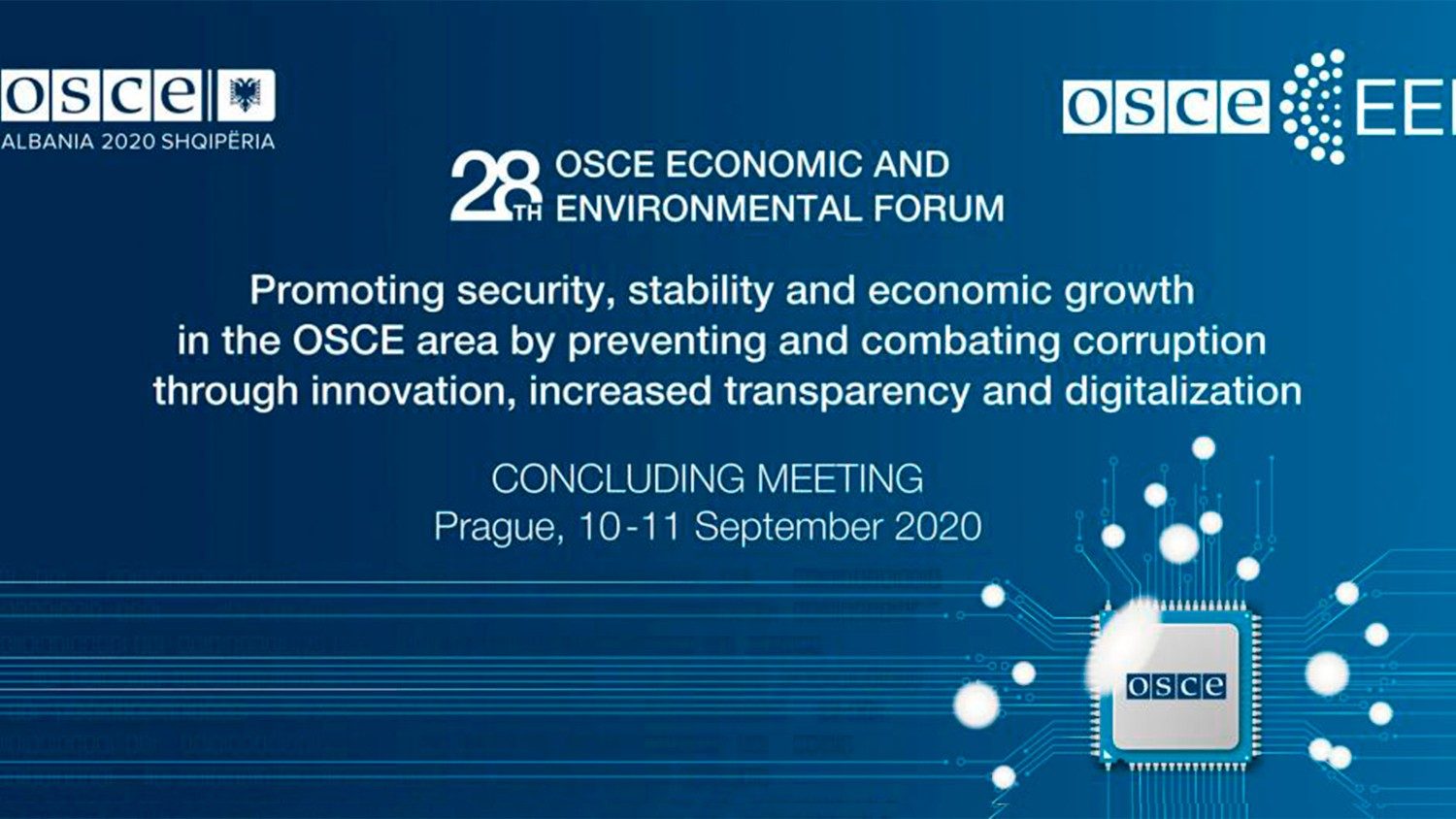 In a discourse delivered  to the final meeting of the 28th Organization for Security and Cooperation in Europe’s (OSCE) Economic and Environmental Forum, Archbishop Charles Balvo, Apostolic Nuncio to the Czech Republic and Head of the Holy See’s Delegation, underlined that  “corruption is a real danger to the peace and security of our OSCE region.”

Corruption and the pandemic

The Archbishop also said, “there is reason to be concerned that the vast amount of funds released for Covid-19 pandemic recovery has already attracted criminal activities, which include the risk that those most in need of financial support will remain without the urgently necessary help.”

The Archbishop said it was important to acknowledge that “corruption occurs, to varying degrees, in each of the OSCE participating States.”

He added, “only by acknowledging the existence of corruption will we be able to fight against it.”

While the current pandemic is a “tremendous test” for the international community, Archbishop Balvo also pointed out, it provides a real opportunity “to seek new and innovative solutions that are not divisive, politicized or partial, but that truly seek the common good and the integral human development of all.”

With that in mind, the Archbishop noted that on 1 June 2020, Pope Francis published new procedures and juridical controls for “transparency, control and competition in the procedures for awarding public contracts of the Holy See and Vatican City State”.

The procedures are intended to “reduce considerably the danger of corruption of those called upon to govern and manage the bodies of the Holy See and the Vatican City State.”

The Pope’s decision to enact new controls said Archbishop Balvo, “brings us to the core of the scourge of corruption, that when civil officials steal or misappropriate public funds, it affects the whole of the community that they serve.”

The Apostolic Nuncio stressed that if good public and corporate governance lacks “transparency and accountability”, then “solid and lasting economic progress and security are undermined – if not completely thwarted.”

The Archbishop concluded by saying that there is a need for culture, education, training, institutional action citizen participation to fight corruption, but he also noted, “Laws are necessary but not sufficient.”

“We need to act with courage to stir and provoke consciences, he emphasized, “shifting from widespread indifference to the perception of the severity of these phenomena, in order to fight them.