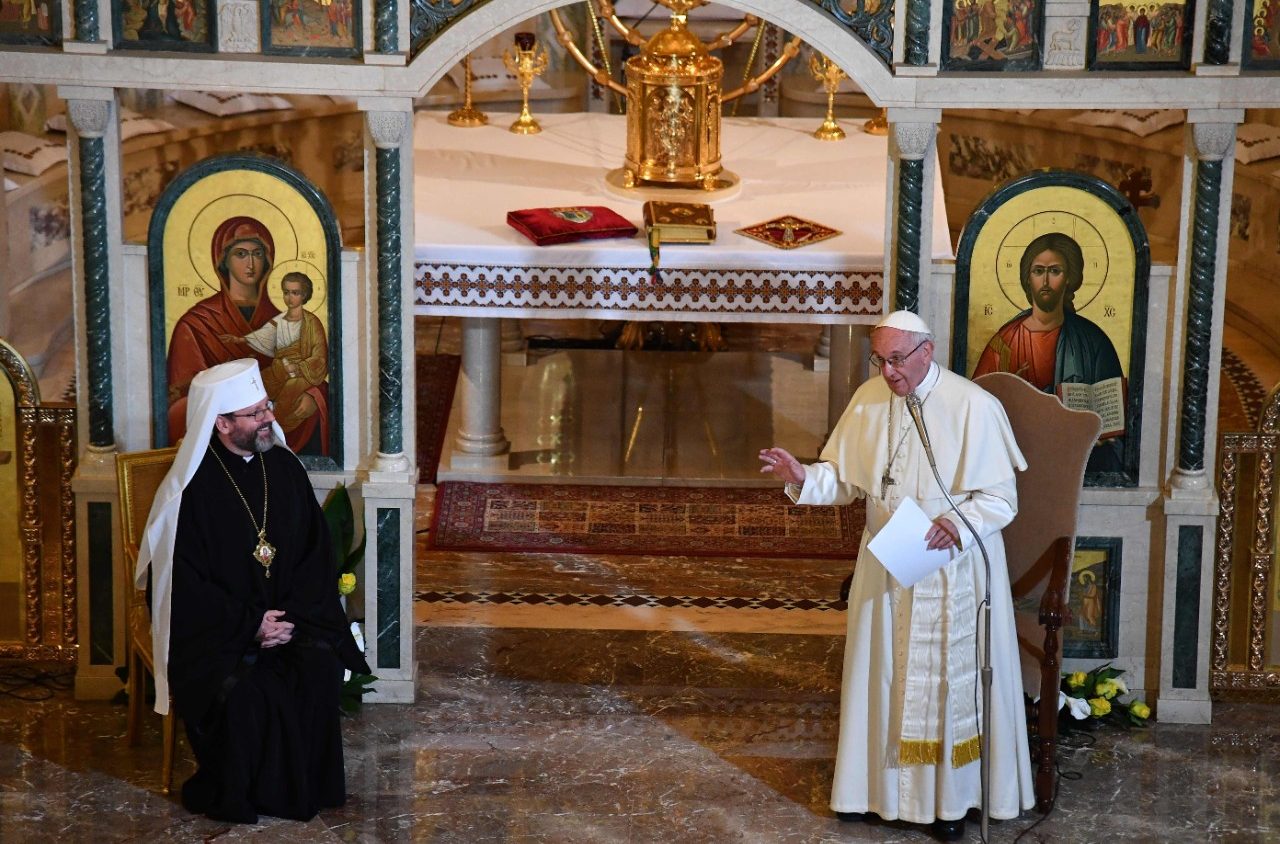 2020, which was “full of special experiences, difficulties and challenges, but also special blessings, discoveries and joy” has come to an end. This message, from the Primate of the Ukrainian-Greek Catholic Church (UGCC), His Beatitude Sviatoslav Shevchuk, came in a video released on the Church’s website to wish all Ukrainians a happy new year.

In his video message, the Primate continued saying that this year we experienced and learned a lot for the first time. “We have realized that human life is priceless, and human health cannot be valued by any money, economic benefits or political expediency.”

What is happening in Ukraine?

An armed conflict has been raging on in Eastern Ukraine since 2014. The six-year conflict in the Donbas region – between the Ukrainian government and Russian-backed forces – has seen more than 13,000 people killed; 30,000 wounded; and almost 1,500,000 Ukrainians internally displaced.

Despite international efforts to stop the fighting, numerous ceasefires, and the swearing in of a new President in Ukraine in 2019, an end to the conflict is still not in sight.

Pope Francis and aid to Ukraine

During his pontificate, Pope Francis has often expressed his concern for Ukraine and offered aid to the country. Notably, In 2016, Pope Francis asked Catholic parishes in Europe to take up a special collection for humanitarian support in Ukraine. A total of 12 million euros were collected, to which Pope Francis then added 6 million of his own to the cause.

After his Sunday Angelus on 26 July 2020, Pope Francis prayed for the people of Ukraine, and, referring to the numerous ceasefires (twenty since the start of the conflict), said, “While I thank you for this sign of goodwill aimed at restoring the much desired peace in that tormented region, I pray that what has been agreed will finally be put into practice.”

Continuing his message, Archbishop Shevchuk noted that through struggling with disease not yet known to the world, we saw the strength and victory of human solidarity in our lives.

“We realized,” he said, “that indifference kills, and love of neighbour sustains, gives new hope, saves lives. This year we recognised the family as the home Church, where the Lord Creator and Saviour Himself is present in our house.”

The Head of the Church also noted that in 2020 we especially appreciated the art of medicine, and the heroism of our doctors and medical workers who save patients at the cost of their own lives.

“But we look with joy and light at the new year 2021 that we are entering. We feel that in the new year we will still be together, in one boat we will cross this sea of life. Our Lord and Saviour, who is coming to be born in Bethlehem of Judea, will be in that boat with us,” His Beatitude Sviatoslav assured his people.

The Primate wished everyone God’s blessing, optimism, strength, and joy, so that we could really move forward together.

Share on FacebookShare on TwitterShare on PinterestShare on EmailShare on LinkedIn
Covid Vaccine: What about Africa?Polish parliament declares 2021 the Year of Cardinal Wyszynski