Head of Australian bishops’ conference in Rome ahead of plenary council 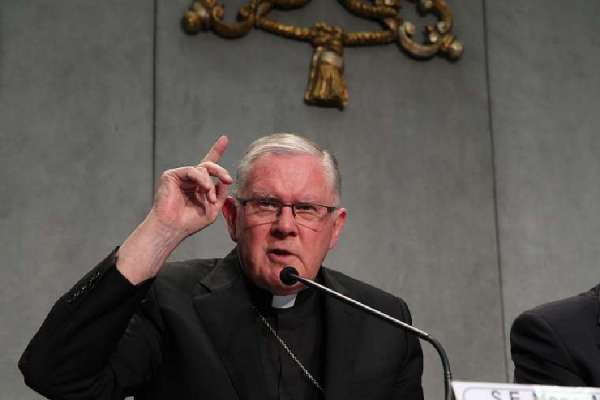 Brisbane, Australia, Feb 20, 2020 / 02:00 pm (CNA).- Archbishop Mark Coleridge of Brisbane, president of the Australian bishops’ conference, is in Rome for high-level discussions ahead of the Church in Australia’s first plenary council since Vatican II, set to begin in October.

According to The Catholic Leader, during his two-week trip to Rome, Coleridge will meet with senior curial figures and Pope Francis to discuss the plenary council, its key themes, and its organizing principles.

The council, to be held in Adelaide in October, is part of the Church in Australia’s response to the sexual abuse crisis, as well as a number of other issues, including efforts by local governments to pass laws encroaching on religious freedom and the seal of confession.

Although there will be lay participation in the council sessions, only the bishops will vote on binding resolutions, which will be sent to the Vatican for approval.

In Rome, Coleridge also reportedly plans to discuss the Vatican’s response to the Australian Royal Commission’s recommendations on the protection of minors, the seal of confession, and the case of imprisoned Cardinal George Pell.

A law passed in the state of Victoria in 2019 requires clergy to report suspected child abuse to the authorities, even if it was revealed in the confessional— requiring priests to break the sacramental of seal. The state’s premier, Daniel Andrews, said he hoped the legislation would “send a message” to the Church on child sex abuse. A national standard for mandatory reporting by clergy is also being considered.

Coleridge will also discuss Cardinal Pell, the former Vatican prefect of the Secretariat for the Economy, who is now in prison near Melbourne following his conviction by a Victoria court in December, 2018.

Pell was convicted on five charges of child sexual abuse and sentenced to six years in prison, of which he must serve three years and eight months before being eligible for parole. Currently in a maximum-security prison, Pell has appealed his conviction to Australia’s High Court, which will hear the case on March 11 and 12.

As Coleridge traveled to Rome, another Australian bishop emphasized the importance of a valid ecclesiology, Catholic language, and clear expression of Church teaching during the upcoming plenary council.

Bishop Richard Umbers, auxiliary bishop of the Archdiocese of Sydney, said this week at the University of Notre Dame in Sydney that there must be a proper understanding of the hierarchical structure of the Church, and respect for Church teaching, during the council assembly.

Ecclesiology, he said, “is going to be one of the key areas of conflict in the plenary [and] I have been very vocal in asking for explicit ecclesiology,” as reported by The Catholic Weekly.

Umbers went on to say that “we need to use a language that is Catholic” when discussing issues at the council.

“Not all the ideas that circulate among the people of God are compatible with the faith,” he said, noting that “it needs to be said that we are not going to redefine sin. We are not going to change the sacrament of Holy Orders and neither do we have the power to do so.”

The plenary council was preceded by a “listening and dialogue phase” where the lay faithful submitted suggested topics on what is asked of the Church in Australia, and the future of the Church.

According to the final report on the listening phase, “strongly discussed topics included the rule of celibacy for priests, the ordination of women and the inclusion of divorced and remarried Catholics.”

The desire for “greater listening” and lay involvement in the Church, as well as better evangelization was also present in the submitted answers, the report said.

The Australian bishops’ close collaboration with Rome stands in contrast to the so-called synodal process underway in Germany.

Last October, the German bishops’ conference voted to begin a “binding synodal process” to consider the Church’s teaching on sexual morality, clerical celibacy, and the power and authority of the clergy.

The synodal assembly includes priests, deacons, religious, pastoral workers and other lay Catholic groups. Unlike Australia, each member can vote on resolutions, with the votes of laypeople carrying equal weight with those of bishops.

In September, the Vatican issued a canonical critique of the German synodal plans, concluding that they are “not ecclesiologically valid.”

In a September letter to Cardinal Reinhard Marx, head of the German bishops’ conference, the prefect of the Vatican’s Congregation for Bishops—Cardinal Marc Ouellet— presented an assessment by the Pontifical Council for Legislative Texts which said the German plans were outside of the Church’s recognized structures. The process, the Vatican said, must conform to principles outlined by Pope Francis in June, in which the pope outlined the principles of authentic synodality.

In his letter to German Catholics, Francis said that “Every time the ecclesial community has tried to resolve its problems alone, trusting and focusing exclusively on its forces or its methods, its intelligence, its will or prestige, it ended up increasing and perpetuating the evils it tried to solve.”

The Vatican legal assessment of the German plans determined that the synodal assembly was actually better described as a particular council, similar to the Australian plans, but lacking the necessary cooperation with Rome.