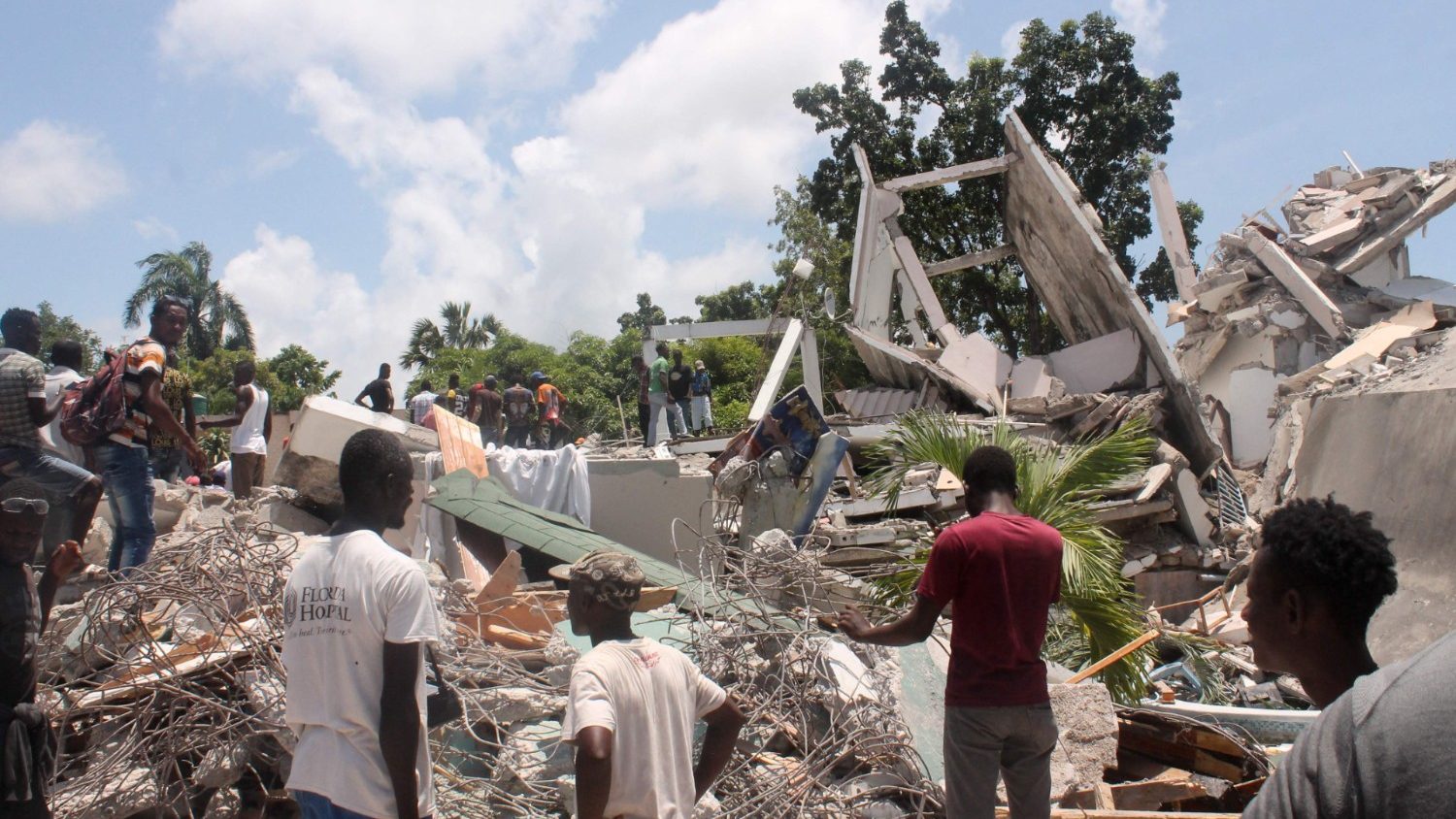 Pope Francis is praying for a people in turmoil and anguish, starkly facing but valiantly trying to resist desperation edging towards despair, having been hit by this natural disaster after a man-made one last month in which President Jovenel Moise was assassinated.

Due to bitter experience from the earthquake of eleven years ago, which claimed the lives of two hundred thousand people, Haitians know full well that the here-and now-focus is not on the dead, because they’re beyond help, but rather on the missing, many of whom could still be alive, trapped under tons of masonry and rubble.

The southwest of the country has taken the brunt of the earthquake, especially in and around the City of Les Cayes. Hotel Okay there has completely collapsed, while the walls of a nearby prison have crumpled. Authorities confirm fifteen hundred houses are destroyed and more than three thousand are structurally unsound, being highly unstable.

The United States has sent a specialist search and rescue team. The Pan American Health Organization has deployed another. Cuba has sent more than 200 doctors, while the Dominican Republic, which neighbours, Haiti has sent food, water, and medical supplies.

New Prime Minister Ariel Henry, who is a neurosurgeon by profession, is at the scene saying he wants to be close to the people, and urging unity and solidarity.

Many have dragged their beds outside their homes into the open air and tropical heat, too frightened to go indoors, for fear of what might happen next. Many of these modest homes are flimsy, due to a lack of money available during their construction. This was tragically proved, because so many, which are wafer-thin, collapsed like decks of cards.

The ensuing rebuilding needs to be done with substantial funds, plus ways and means, to resist more quakes in a country that is vulnerably prone to them. It is not a question of if, but when another will hit Haiti in the unforeseeable future.

With the torrential arrival today of Tropical Storm Grace, there are well-founded concerns that flooding will cause subsidence, adding still further to the magnitude of the disaster.

Share on FacebookShare on TwitterShare on PinterestShare on EmailShare on LinkedIn
Pope Francis prays for peace in Afghanistan as Taliban takes controlUS bishops support immigration provisions in $3.5 trillion spending bill