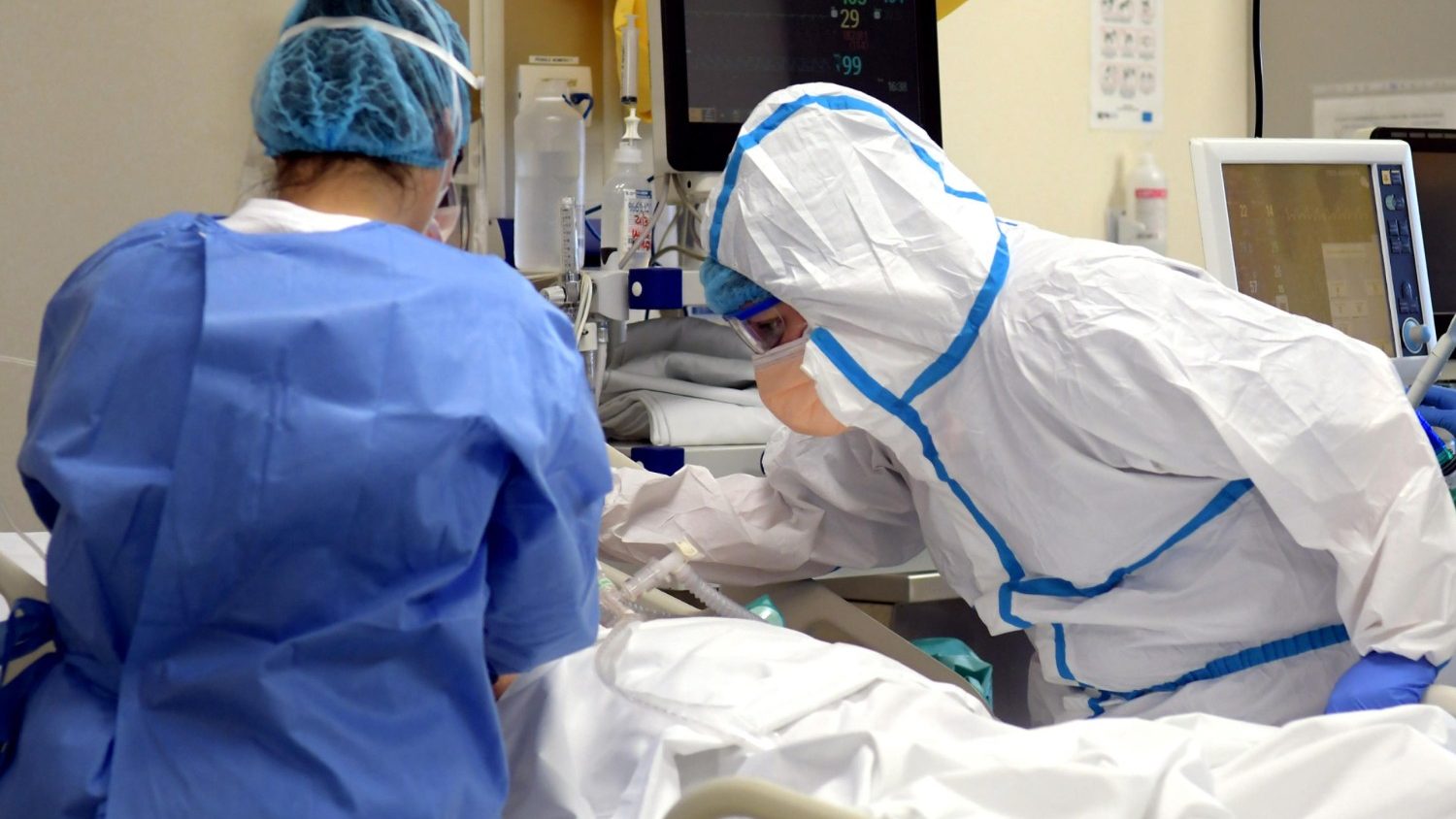 In the pain and tragedy of these last few months, there is an important fact that grabs our attention. This fact, while adding to our pain, is nonetheless a source of admiration, and, ultimately, of comfort. It is the host of people who bear the consequences of the pandemic, even death, because they dedicate themselves generously and with all their strength to the service of others, both in body and spirit. It is only right to offer them the tribute of collective gratitude, which is certainly not only rhetorical, but absolutely sincere. Doctors, nurses, priests, volunteers… In the worst affected areas, large numbers of them have not only fallen ill themselves, but have even given their lives.

In this time of great suffering some people know they are called by professional, religious or personal vocation to put their lives at risk for others. If they do not shirk the risk, it is not on account of carelessness or recklessness, but rather a sense of duty, animated by love that is stronger than fear.

On September 11, 2001, some 3000 people died in the terrible attack on the Twin Towers. More than three hundred of them were firefighters engaged in rescue operations. Their heroism was one of the most effective means of inspiring the citizens of New York in the moral and physical reconstruction that followed the devastation. And if the firefighters were the most exposed and most visible people, to them must be added the many doctors, nurses, boat operators and volunteers of all kinds who immediately came to assist with total generosity, without wasting a moment thinking of themselves. A great example! But we could go on for a long time. How many times during earthquakes, floods, or other catastrophes have we witnessed wonderful movements of spontaneous, selfless solidarity that didn’t stop to calculate the hardships and risks?

So it is that in times of such great suffering, we see there is also great love — a love that (if it is possible!) is ready to spend without counting the cost, even to the point of giving one’s life. We are often surprised. We see people we have considered “ordinary” manifest a human and spiritual greatness that we did not realize, did not even suspect. Perhaps they themselves didn’t understood how much they could give, until the pain of another, showed up as a challenge, and showed them what they could do when the call came…

There is something very great and mysterious about this relationship between pain and love. It seems almost as if pain is the soil where love can most often grow beyond our predictions and expectations, reach peaks where reasoning and speech fail, revealing an intense fire that burns in the heart.  We have often seen this in the dedication of spouses and people who love one other in the face of the most painful diseases. Then love becomes so intense and so great that it succeeds in transforming a story of atrocious suffering into a story of ever greater love. Suffering and death are thereby elevated in unexpected ways.

This pandemic is a time of great suffering, a time of great love. The virus is contagious. But love can also be contagious.  As they grew up, many of the children of the New York firefighters who died on September 11,  wanted to become firefighters too, to imitate their fathers in a service where one is ready to give one’s life for others.  The example of doctors, nurses, priests, all those who are ready to give their lives in service to the sick is one of the most important lessons that we must take away from these times. It is the precious soul of all the other lessons that we will try to learn. Without it, the others will be worth little.

Share on FacebookShare on TwitterShare on PinterestShare on EmailShare on LinkedIn
Pope Francis: ‘Jesus saves us from the darkness’Cardinal Czerny: Open our eyes to discover displaced persons