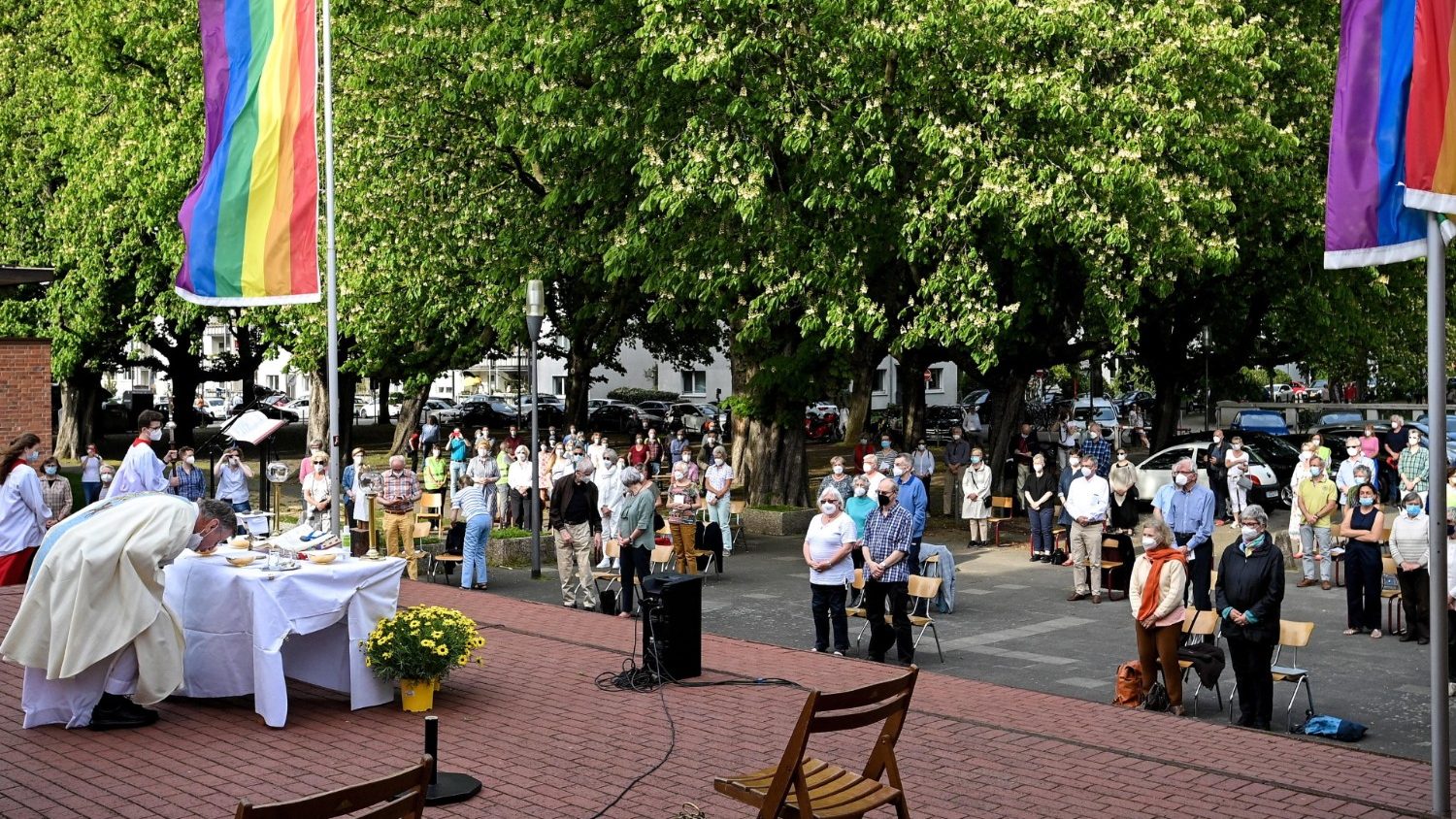 The initiative follows a response to a dubium published on 15 March by the Congregation for the Doctrine of the Faith (CDF).

The CDF affirmed that the Church does not have the power to impart a blessing for same-sex unions, stressing, therefore, that it is not licit for priests to bless same-sex couples who have asked for some sort of religious recognition of their union.

According to the president of the German Bishops’ Conference, Bishop Georg Bätzing, the initiative of the German priests is “not a useful sign or a way forward.” The liturgies of blessing, he said, are “not a suitable tool for political-ecclesial demonstrations or acts of protest.”

However, Bishop Bätzing criticizes the response of the Congregation for the Doctrine of the Faith, noting that there is a need for “a re-evaluation of homosexual unions and a further development of the Church’s sexual morality.”

Proponents of the blessing ceremonies, held under the title “Love wins”, include priests, deacons and members of the laity.

“We will continue to accompany people who engage in a binding union and bless their relationship,” explained Burkhard Hose, a chaplain at Würzburg University, who launched the campaign in March. “We celebrate the diversity of people’s different life plans and love stories, and ask for God’s blessing. Without any secrecy,” reads a website dedicated to the initiative. Most of the blessing services take place in the Frankfurt area and northwest Germany.

The response of the Congregation for the Doctrine of the Faith on the question of the permissibility of blessings for same-sex couples has provoked mixed reactions in the Church. Critical statements have come from Germany and Belgium, in particular. Elsewhere, disagreement was expressed regarding the form rather than the content. In Africa, expressions of appreciation were voiced for the Vatican’s clarification.

The Congregation for the Doctrine of the Faith made it clear that its declaration does not concern only homosexual couples, but all unions that involve the exercise of sexuality outside of marriage, while individuals with homosexual inclinations can request a blessing, just like anyone who manifests the will to live according to God’s revealed plans.

Share on FacebookShare on TwitterShare on PinterestShare on EmailShare on LinkedIn
Pope Francis: The Spiritual Exercises deepen the concept of personal reform‘The love of homosexuals is something good’: German Catholics to bless gay unions, defying Vatican ban