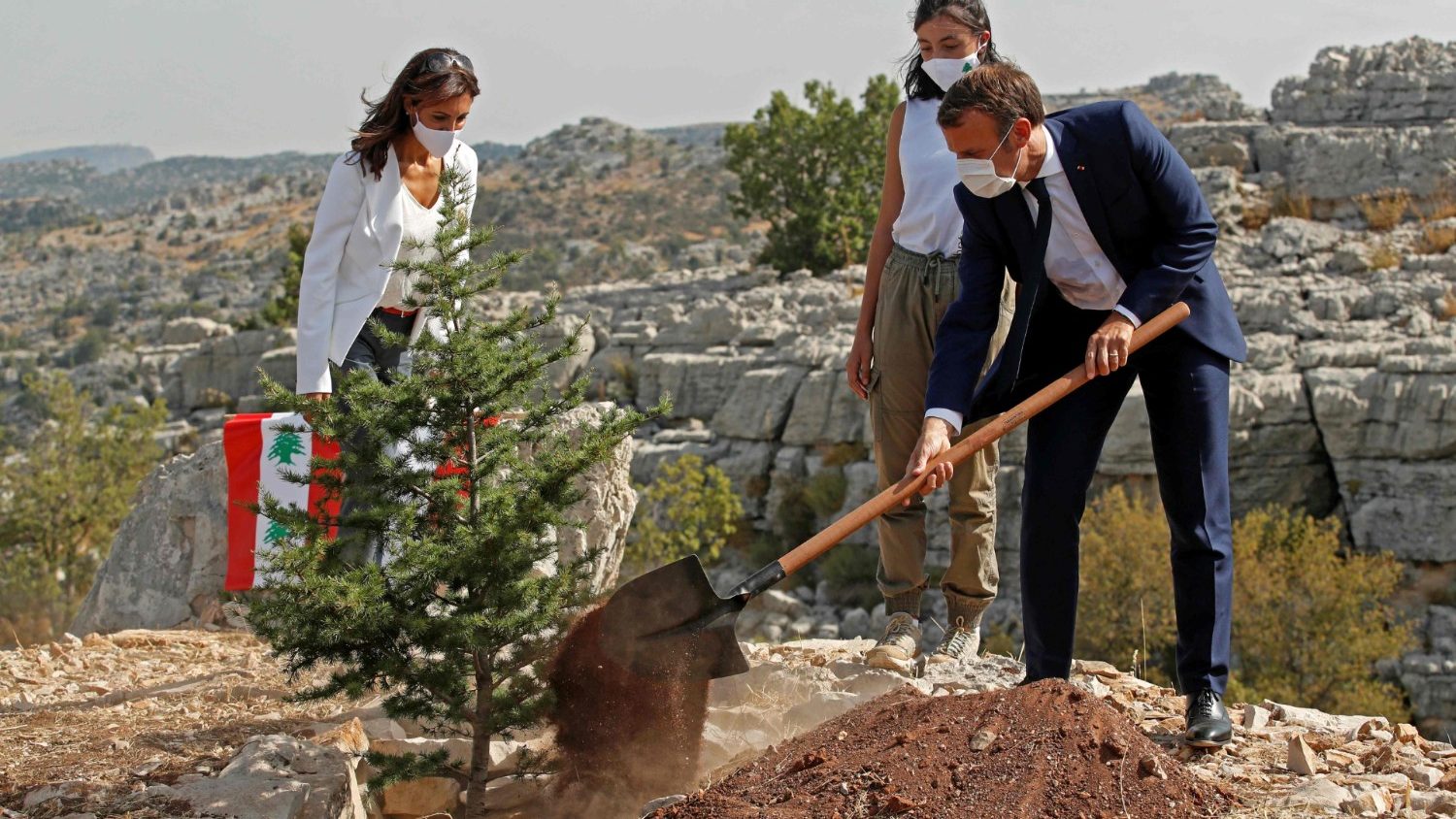 This is the French president’s second visit to the country since last month’s deadly explosion caused by tons of ammonium nitrate stored in a warehouse in the port.

During this trip, Macron aims to follow up on the local political situation and distribution of humanitarian aid, as well as participate in centenary celebrations.

He has urged Lebanon to fight corruption, reform the energy sector and deal with the problems in the banking industry.

In a new report, the World Bank stated that transport and housing are among the sectors worst affected.

“The disaster will not only exacerbate the contraction in economic activity, but also worsen poverty rates, which were already at 45 percent of the population just prior to the explosion,” the World Bank said in a statement.

Just prior to Macron’s arrival, Lebanon’s ambassador to Germany, Mustapha Adib, was named as the country’s new prime minister.

Adib has been the ambassador in Berlin for the last seven years.

Even before the blast, the country was suffering a deep economic crisis and struggling to tackle the coronavirus pandemic.

Lebanon is suffering from record high unemployment levels, sluggish growth and one of the highest debt ratios anywhere in the Middle East.

To make matters worse, UN aid agencies say that a humanitarian crisis could erupt given Lebanon imports over 80 percent of its food.

On Monday, the European Union sent a cargo plane carrying 12 tons of humanitarian supplies and medical equipment to the beleaguered country.