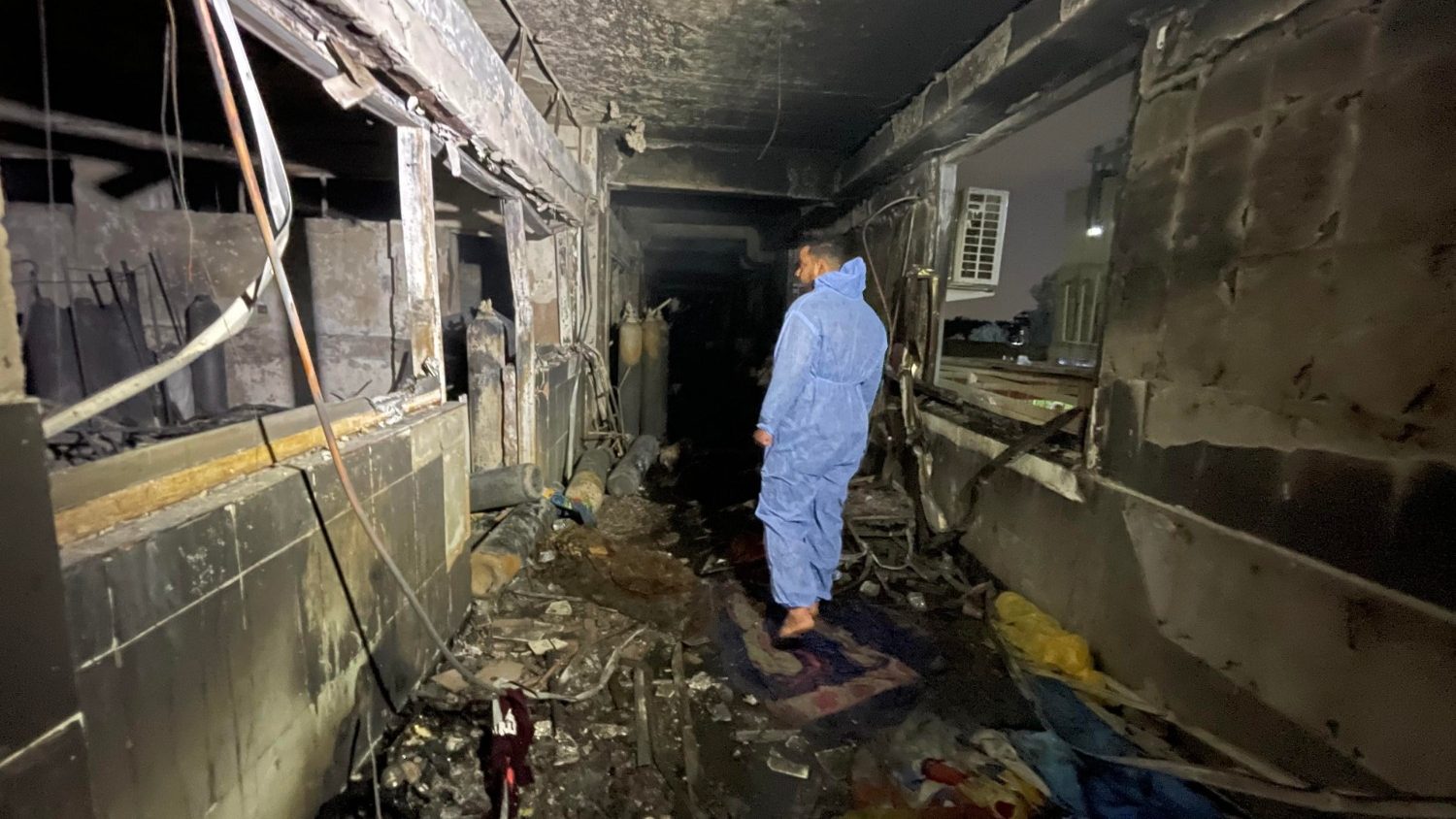 Officials said they were still investigating the cause of the fire, but it is widely reported that an accident caused an oxygen tank to explode, sparking the blaze.

It took just minutes for the fire to engulf the Ibn Khatib hospital in the Diyala Bridge area with flames and thick smoke. The blaze caused widespread panic as people scrambled in search of emergency exits.

In all, about 30 fire-fighting units were sent to the scene.

Fire officials said more than 50 people were injured, a number of them seriously.

A lack of safety measures, including sprinklers and alarms, was also reported in the media.

In a statement, Iraqi Prime Minister Mustafa Al-Kadhimi ordered an investigation into the blaze, whilst those in charge of the building’s technical maintenance are being questioned.

Iraq’s hospitals have been pushed to the limit during the coronavirus pandemic, adding to the strains wrought by years of war, neglect and corruption.

Share on FacebookShare on TwitterShare on PinterestShare on EmailShare on LinkedIn
Presider’s Page for 25 April (Fourth Sunday of Easter)The Armenian genocide, healing, and faith