Home Test page Finding faith after the big sleep: A review of Infinite Regress: A Novel

Finding faith after the big sleep: A review of Infinite Regress: A Novel

For the past twenty years, the Catholic Church in America has been battered by scandal and division. The John Paul II generation appears to have split itself into three camps. The first is a traditionalist faction which, while having a larger media presence than real “in the pew” numbers of adherents, nonetheless has a real influence on Catholic thought. These Catholic traditionalists are largely allied with the populist and nationalist right, which see the governing class of America as illegitimate, irredeemably evil, and deserving of overthrow.

The second group consists of a new millennial group of progressive Catholics or “Left Caths”. This group retains many of the traditional religious practices and devotions of the John Paul II generation, but is allied with the new progressive politics of the twenty-first century. And caught betw 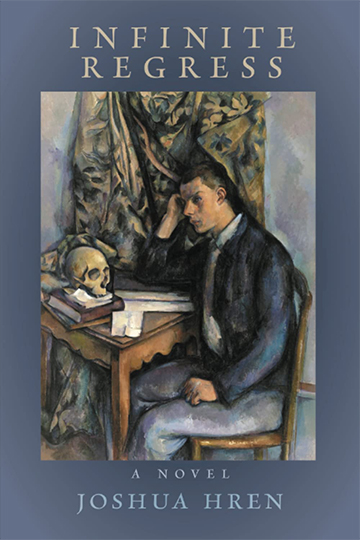 een those two groups are run-of-the-mill, “everyday” Catholics who are bombarded with media from the right and left. These ordinary Catholics further face a near daily encounter with some new alleged financial or sexual scandal in the Church in the US.

For the most part, Catholic culture—especially Catholic literary culture—has not kept up with the shifts and changes within the Church over the past couple of decades. Many Catholics look back to the earlier Catholic literary revival of the twentieth century, when figures such as J.R.R. Tolkien, G.K. Chesterton, Graham Greene, and Flannery O’Connor penned profound works to a Catholic audience that was confident and secure. Even Walker Percy’s post-Vatican II (and often apocalyptic) musings on Church and state can seem out of place; it is ironic that Percy’s later novels were meant to be read as satire, while today appearing decidedly realist in nature.

One contemporary Catholic writer whose works provide an accurate “mirror up to nature” to our contemporary post-millennial milieu is Joshua Hren. One of the founders of the University of St. Thomas’s Catholic MFA program, as well as the head of Wiseblood Books, Dr. Hren is himself a prolific writer. His most recent novel, titled Infinite Regress, is set amidst the physical and spiritual wreckage of the twenty-first century.

A native of Milwaukee, Wisconsin, Hren placing his protagonist, Blake Yourrick, in a post-postmodern Midwest, which is as “Christ-haunted” as Flannery O’Connor’s American South. Hren’s Blake is himself haunted by student loan debt and, like many young Gen X and Millennial (not to mention Gen Z) Catholics, is scrambling to make a living. His earlier academic dreams have been shattered by the reality that, while it has always been difficult to make a living as an intellectual, it has never been as difficult as in twenty-first century America in which higher education (like a great deal else) is in a state of slow motion collapse.

It is this ability to read the times that enriches Infinite Regress, as well as Hren’s other works, such as his 2020 collection of short stories In the Wine Press.

The characters in Infinite Regress are themselves of the post-ironic era. Although depicted satirically and ironically, Hren’s characters take their ideologies seriously. This seriousness is both comic and deadly, as Julius Evola and Pierre de Chardin inspire their disciples in Infinite Regress to destructive and outrageous mayhem. Infinite Regress is haunted by the once strongly Catholic German Midwest, as well as the “Lost Futures” dreamt of in the twentieth century, but never materializing in the twenty-first. Catholic universities, high schools, and religious institutions were built from St. Louis to Spokane, with the hope of educating American Catholics. Many of these institutions are mired in debt and often produce graduates more uncertain in their faith and unprepared for life than when they entered. Hren’s Blake Yourrick is himself a product of this education, casting about for meaning while avoiding student loan debt collectors.

As in much of his work, Hren’s pious characters are accurate reflections of so many devout Catholics. A combination of sincere devotion, as well as an unstable fanaticism, the Catholics of Infinite Regress are not easily corralled into categories such as “traditionalist,” “orthodox,” “conservative,” or “faithful”. The truth is much more complex and messy and, like Shūsaku Endō, Joshua Hren has become a master of depicting the intricacy of the faith and doubt, as well as the virtue and sin, that plague the human heart.

Infinite Regress is ultimately a novel about suffering and searching in the ruins of a civilization and within a wounded Church. Much of the later twentieth century was (to riff on Raymond Chandler) a “big sleep” in which many American Catholic eyes were closed to the complexity of life. Infinite Regress is an attempt at awakening.

Readers looking for a full-throated attack on Church corruption or upon simple pieties will be disappointed by Infinite Regress as will readers looking for a simple bifurcated vision of conservative vs. liberal Catholics. Infinite Regress is a rare feat among Catholic writing today: it is honest and sincere, and the reader awaiting an outpouring of grace and renewal.

Share on FacebookShare on TwitterShare on PinterestShare on EmailShare on LinkedIn
There is a God, and we are not himDownplaying Abortion? Some Church Leaders Deemphasize Issue After Dobbs