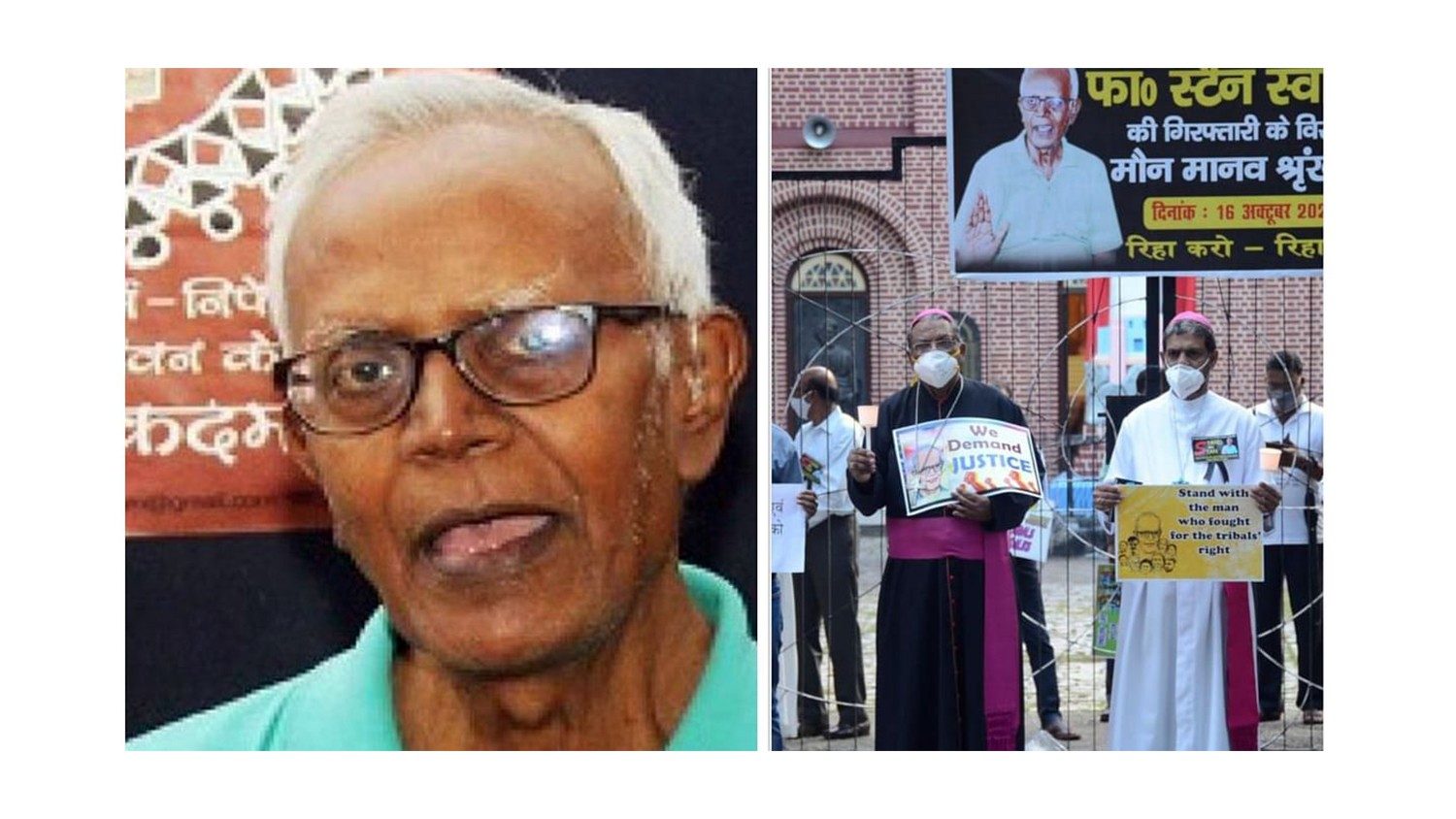 Father Stan Swamy, the indigenous rights activist who was arrested on October 8 in the eastern city of Ranchi on charges of sedition, has been lodged in the crowded Taloja Central Jail near Mumbai, the capital of eastern India’s Maharashtra state since October 9.  The ailing 84-year-old priest tested positive on May 30, 2 days after he was admitted to a church-run hospital in Mumbai.

Mumbai High Court On May 28, ordered the Taloja prison authorities to move Fr. Stan Swamy to the Holy Family Hospital in Mumbai for 15 days after his health began deteriorating. For the past few weeks, he had been suffering from Covid-like symptoms, such as fever, severe cough, headache and upset stomach.

“We appeal to everyone to pray for the speedy recovery of Father Swamy, who is now suffering from Covid-19 apart from other sicknesses,” said Father A. Santhanam, a Jesuit priest lawyer based in Tamil Nadu state who is monitoring Father Swamy’s case.  “We are informed that Father Swamy is now a Covid-19 patient, but no other details of his health are disclosed,” he said, adding they can only pray for his speedy recovery and good health.

“I would rather suffer, possibly die”

Media reports citing prison officials said Father Swamy was administered a dose of an anti-Covid vaccine in Taloja on May 18.  Suffering from Parkinson’s disease, the priest has difficulty in even sipping water from a glass, and depends on co-prisoners for his other basic needs.  Besides, he also has hearing impairment and other age-related ailments.

In the second week of May, the priest’s family members sought his release on grounds that he had contracted Covid-19 and was unable to even speak to his lawyers.  While hearing his bail plea on health grounds on May 21 through a video linkup, the Bombay High Court sensed Fr. Swamy’s failing health, and offered him treatment in a government or private hospital.  But the Jesuit turned down the offer, saying all he wanted was bail to go back to his home.  “I would rather suffer, possibly die very shortly if this were to go on,” he said.  He explained that when he arrived at the prison, his bodily systems “were very functional”, but in the over 7 months in prison, “there has been a steady, slow regression” of his health.

The court on Friday ordered that the priest be moved to the Holy Family Hospital, assigning him 2 personal assistants and a police officer to guard him during his treatment.

The National Investigation Agency (NIA) that is tasked with fighting terrorism and sedition, arrested the priest on October 8 in Ranchi and remanded him to Taloja Jail the following day.  They charged him for his alleged links with Maoist insurgents who were said to have been behind the violence in Bhima Koregaon village in Maharashtra state in January 2018, in which one person was killed and many others injured.

Fifteen other human rights activists implicated in the same case, under the rigid non-bailable provisions of the Unlawful Activities Prevention Act.  15 other rights activists have also been implicated in the same case.  Father Swamy has denied all allegations against him and accused investigators of framing him and others because they had criticized the federal government.

The NIA court denied him bail twice, forcing him to twice move the Bombay High Court for bail — one based on his poor health and the other on a regular basis.  The court adjourned the bail-plea hearing to June 14.   Meanwhile, Mihir Desai, his lawyer, convinced him to undergo treatment at the Holy Family Hospital.

Share on FacebookShare on TwitterShare on PinterestShare on EmailShare on LinkedIn
Green Schools: Caring for the environment is caring for ourselvesUS Embassy to Vatican flies LGBT ‘Pride’ flag for month of June