Estonia: The ecumenical path towards peace 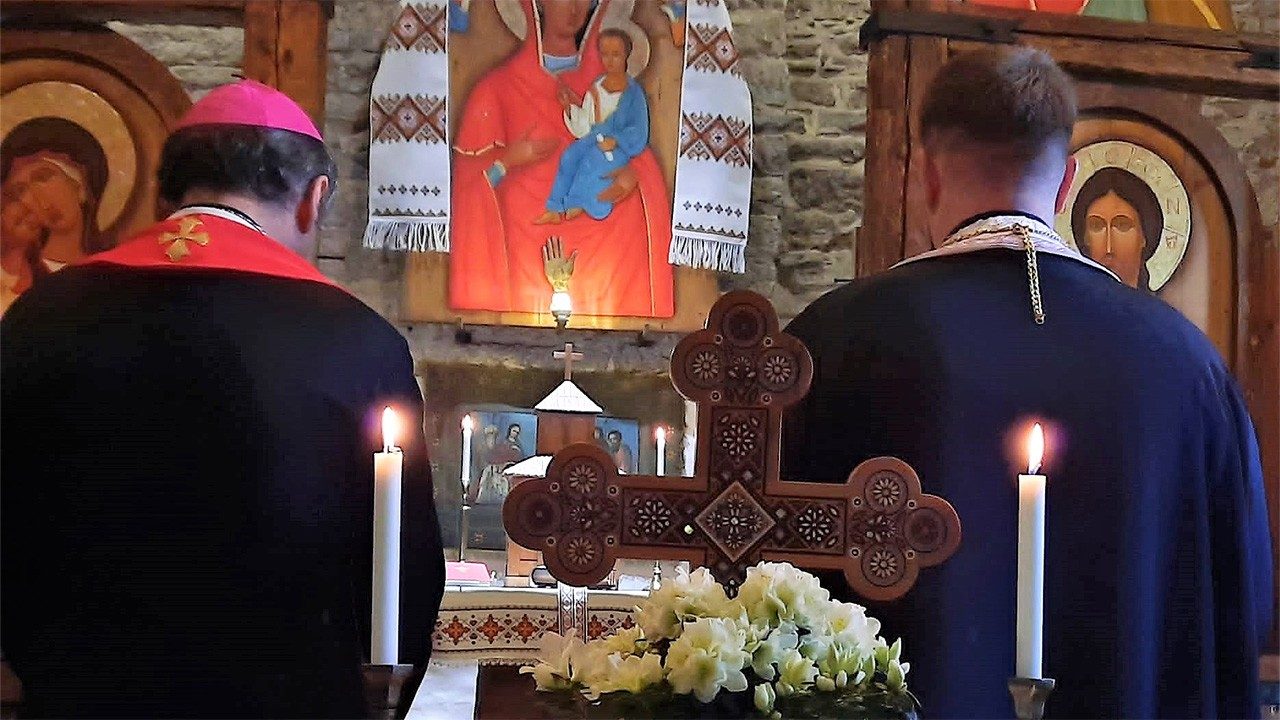 Even though Estonia is a small country, it is still not easy for the Catholic minority to attend Mass.  Many of the faithful face long car rides to receive Communion or to talk to a priest.

Bishop Philippe Jourdan is the Apostolic Administrator in Estonia. He and theologian Marge-Marie Paas are the postulators for the Cause of Beatification of Archbishop Eduard Profittlich, SJ, whose ministry in Estonia in the 1930s has left a strong imprint on the country’s faith.

Role of Ecumenism in Estonia

Ecumenism plays an important role in the Baltic country.

Topical political issues are avoided, as a member of the Catholic minority told us. Catholics in Estonia are mostly foreigners or local converts.

Ms. Paas is one of them; an Estonian convert to Catholicism. She is also involved in ecumenical work.

“Dialogue and listening,” she says, “are important factors in achieving peace.”

Growth of the Catholic Church in the country

“In Kodasema, the geographical center of the country, we have a Catholic youth center,” Ms. Paas explains.

The building stands in the middle of a forest—away from the world—and is available for young people to use.

It was then-Father Profittlich who began its construction: the Jesuit arrived in 1931 as Apostolic Administrator in Estonia and was appointed Archbishop in 1936.

After the Protestant Reformation, the Catholic Church had been practically eliminated.

On 15 April 1783, the Catholic community in Estonia became part of the Archdiocese of Minsk-Mahiljou, until the Diocese of Riga was created on 22 September 1918.

Against the backdrop of the Holy See’s growing commitment to dialogue with the Orthodox Churches in those countries, the Vatican’s “Commissio pro Russia” created Estonia as a special Apostolic Administration on 11 May 1931, and Fr. Eduard Profittlich was appointed Apostolic Administrator ad nutum Sanctae Sedis.

Despite pastoral difficulties due to the small number of Catholic faithful with their multilingualism and their dispersion throughout the territory, this new legal status allowed a fruitful development of the Catholic Church in Estonia.

The Estonian public soon began to take an interest in the work of the new bishop: even people belonging to other denominations came to listen to his homilies.

With the forced annexation of Estonia by the Soviet Union on 17 June 1940, Soviet laws on religion were imposed with coercive administrative measures.

Pope Pius XII sent a letter of encouragement to Archbishop Profittlich on 12 March 1941, as persecution in Estonia escalated into a campaign of terror, in which more than 60,000 people would be arrested, deported, tortured and killed.

Eventually, Archbishop Profittlich was deported after being accused of espionage on behalf of Germany.

Of what happened thereafter, nothing more was heard for a long time.

Only after Estonia’s proclamation of independence on 30 March 1990 did the country’s Supreme Court notify (on 12 June 1990) the Catholic community in Tallinn of the full rehabilitation of Archbishop Eduard Profittlich.

Archbishop Profittlich was sentenced to death on 21 November 1941, and died as a martyr on 22 February 1942, in the Kirov Prison in Siberia from exposure, ahead of his scheduled execution.

Share on FacebookShare on TwitterShare on PinterestShare on EmailShare on LinkedIn
Pope to Thomas Aquinas fraternity: There is a maternal aspect to your mission, tooPope Francis: 'To throw food away means to throw people away'