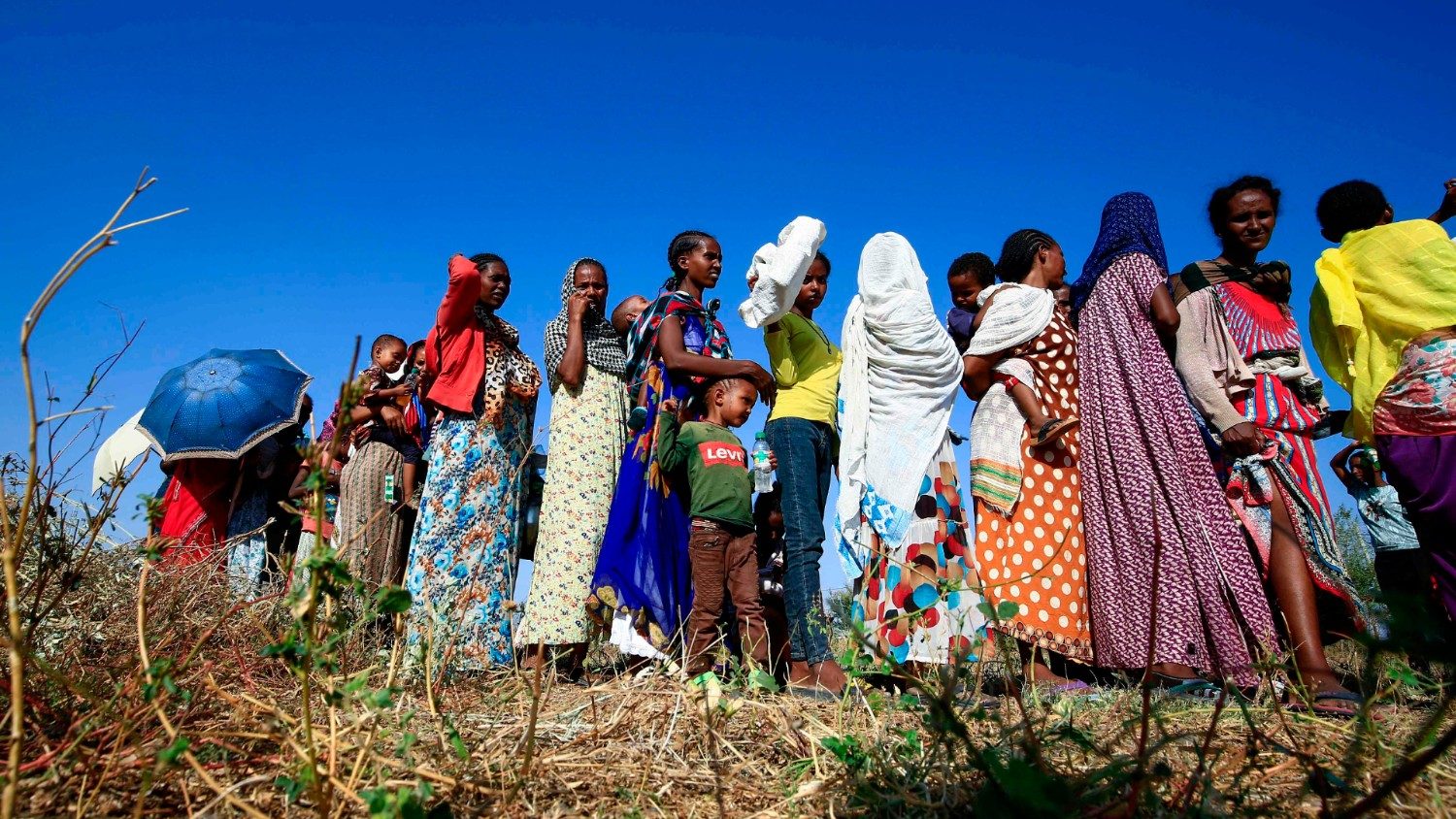 The Bishops of Eritrea have expressed their deep sadness over the conflict between Ethiopia’s federal government and the regional government of Tigray state. They are appealing for peace and a cessation of the destructive hostilities.

Eritrea is Ethiopia’s northern neighbour bordering the Tigray region. The countries have a long and troubled history of conflict with war breaking out between the nations in 1998 over a complex territorial, economic and political dispute that left tens of thousands of people dead. Despite the Algiers peace agreement in December 2000 ending the border conflict, Ethiopia and Eritrea remained in a state of armed standoff for nearly 18 years.

What’s more, there are currently four refugee camps in northern Ethiopia sheltering nearly 100,000 Eritrean refugees. Humanitarian agencies, who have asked for the opening of humanitarian corridors, are expressing fears the refugees may be facing threats of violence, harassment and food shortages amid conflict in the Tigray region

No winner in war

War, the Eritrean Bishops said in a recent statement, “is anti-life and anti-development…it kills, maims, destroys, displaces and sows lasting grievances and hatred among people,” and they added, it also destroys the four pillars of peace: truth, justice, love and freedom/liberty.

Once a war starts, continued the Bishops, “no one knows when and where it ends,” they said, noting that “all the parties are losers and there is no winner.” This, according to the Bishops, is why Pope Saint John Paul II said: “war does not have any meaningful value, and is always unjust.”

The Bishops further pointed out that the consequences of war are a “self-evident truth to the world” – especially to the peoples in the Horn of Africa where, nonetheless, conflicts sadly persist unabated.

Outlining the pillars of peace as truth, justice, love and freedom, the Bishops stressed their importance to the situation.

At the same time, Love instills empathy for the needs of others and creates reciprocity to build peace through “intellectual and spiritual participation in dignity.” Freedom allows people to assume their obligation in contributing to the development of peace.

To achieve Peace, there must be respect for human dignity and human rights, the Eritrean Bishops affirmed.

In this regard, peace and truth become connected through the transmission of true and correct information, a transparent democratic process that guarantees the participation of all citizens, access to equal justice for all before the law, and a readiness to resolve conflicts through constructive, peaceful means.

The Eritrean Bishops, therefore, call for an end to the hostilities and appeal that both sides resolve the conflict through peaceful dialogue instead of “all the inflammatory words and propaganda that are fanning the fire.”

Pope Francis, during the Angelus on 8 November appealed for peace in the troubled Tigray region. He said that he “is following with concern” the news regarding the escalation of violence in Ethiopia and appealed to authorities to “reject the temptation of armed conflict.”

The Pope also invited all Ethiopians to pray for the nation and encouraged “fraternal respect for dialogue and the peaceful resolution of discord.”

Ethiopia’s northern state of Tigray is run by the Tigray People’s Liberation Front (TPLF). The group, once the dominant ruling coalition in the East African country, began to lose its hold on power after Prime Minister Abiy Ahmed took office in 2018. The Prime Minister dissolved the ruling coalition and merged its regional parties into one single party, sparking allegations of unfair treatment.

Tensions escalated in August after the Abiy Ahmed-led government rescheduled national elections till next year because of the Covid-19 pandemic. Tigray leaders, alleging that the postponement was the Prime Minister’s strategy to prolong his stay in office, organized their own elections in September, with over 2 million people going to the polls.

The Ethiopian government, in retaliation, placed sanctions on the Tigray state, setting into motion a series of recriminations between the state and federal governments.

On 4 November, Abiy announced a military offensive against Tigray in response to an alleged attack on a military base in Mekelle. Several hundred have been killed in the violent conflict and over 200,000 Ethiopians have fled for their lives into neighboring Sudan.

Share on FacebookShare on TwitterShare on PinterestShare on EmailShare on LinkedIn
‘We had no idea’: The hidden life of the reputed stigmatist tortured by Stalin’s secret policeFrench bishops press government to review 30-person Mass limit