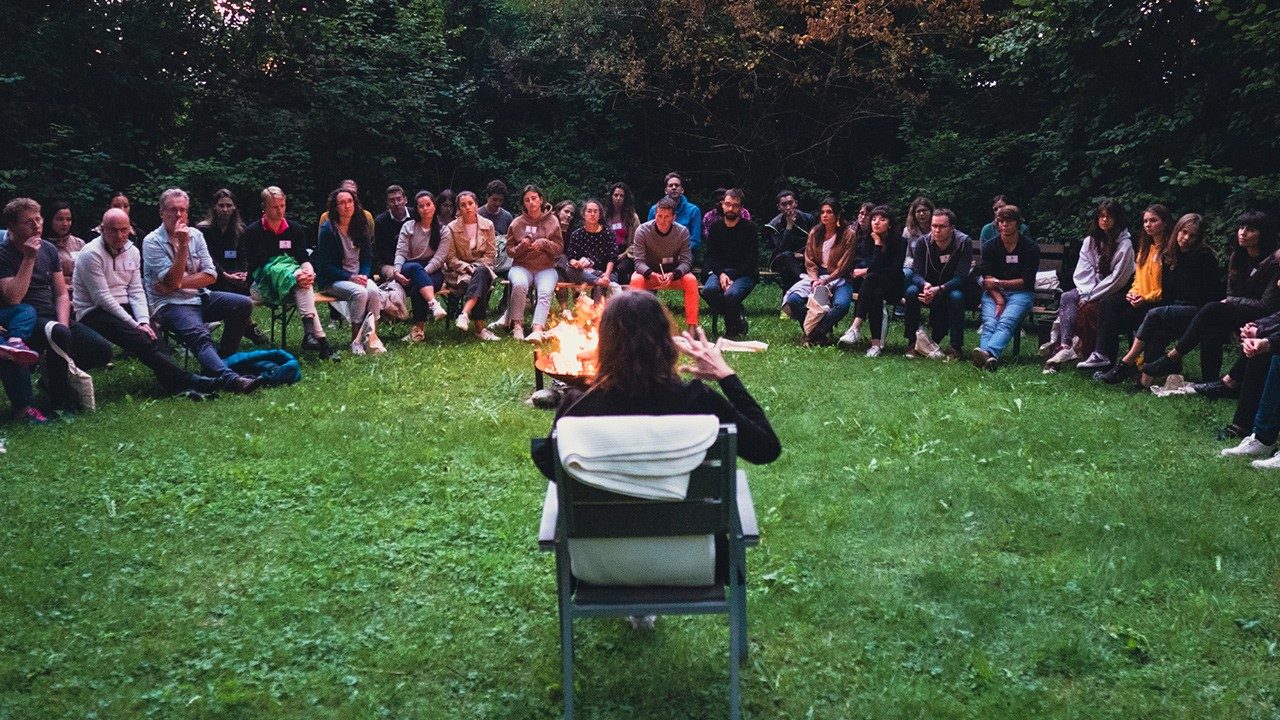 In light of increasing calls for communal efforts to be directed toward the protection of our common home amid widening ecological degradation, hurricanes, flooding and other natural disasters, the “Eco Summer Camp for Young Adults” is doing something to urge young people to take a stand for themselves and for generations to come.

Organized by the Lassalle-Institut in collaboration with Swiss Catholic Lenten Fund, Fastenopfer and the Center for Development and Environment (CDE), the initiative brought together over 40 young adults between the ages of 18 – 35 for the program which was held from 22 to 28 August at the Lassalle-Haus in Switzerland.

Experts and scholars animated sessions aimed at broadening the horizons of the participants and strengthening an international network of young people who contribute to a true change in environmental issues. This is done through a holistic approach that fosters interpersonal growth through a mindful approach, as well as through practical contributions.

In an interview with Vatican News, Jesuit Valerio Ciriello reflected on this first edition of the summer program and the importance of involving young people in ecological efforts. Ciriello is the chaplain at the University of Lucerne, Switzerland, and works for an ecological transition for future generations. The Eco Summer Camp for Young Adults is one of the fruits of his work.

Young adults for an ecological transition

Although everyone is encouraged to participate in efforts for a healthier planet, Ciriello highlights that the program targets young adults, because they have the potential to be dynamic and to make an impact in the face of the challenges on the path towards an ecological transition. More so, the young people are going to be the ones “most affected by the consequences of climate change and the loss of biodiversity.”

Through programs like the Eco Camp, he continues, there is a hope that they are “less influenced by the living style of past generations” and maybe, with an openness to change, young adults can influence a better way of development and lifestyle for future generations.

In this regard, the Summer Camp provides the opportunity for young adults from all over the world to connect on a “deeper level” – to feel the interconnection with the rest of the world – but also to foster feeling that moves us towards “a more fraternal world.”

“Our minds divide us because everyone has their own opinion,” the Jesuit says, “but the feelings towards a more fraternal world are universal for every one of us and it does not matter from what cultural, religious or political background you have come from.”

Listen to our interview with Valerio Ciriello SJ

Joint responsibility for the planet

Reflecting on the Eco Camp in the light of Pope Francis’ 2015 Laudato si’ Encyclical on care for our common home, Ciriello notes that even though the document is written for the Catholic Church, it is really meant for everyone, urging us to work together to protect our planet.

“We have to realize that we are all in the same boat, and we share the same short moments of life. We have to take the responsibility together to face the challenges of future generations and we have to feel interconnected,” he says, stressing that there is no Christian or non-believer solution to these challenges.

To combat this great challenge to humankind, Ciriello notes, we have to “find a common ground” in spite of our differences in religion, political leanings and philosophy.

Putting human beings at the center

As the UN Climate Change Conference (COP26) scheduled for 1-12 November in Glasgow, Scotland draws closer, the Jesuit acknowledges the opportunity it will present for world leaders to take positive action in the face of the urgent ecological crisis.

Particularly, Ciriello points out that our basic approach toward the climate emergency has to change. He stresses that we need to “put human beings at the center” in economic decision-making and in efforts to protect the planet, as opposed to running an economy driven solely by Gross Domestic Products (GDP) that require us to destroy even more resources.

“The destruction of the environment, climate change and others all have one big common root – our living style” he says, insisting that “our consumption attitude has to change radically.”

The next Eco Summer Camp for Young Adults will take place from 25 August – 1 September 2022.