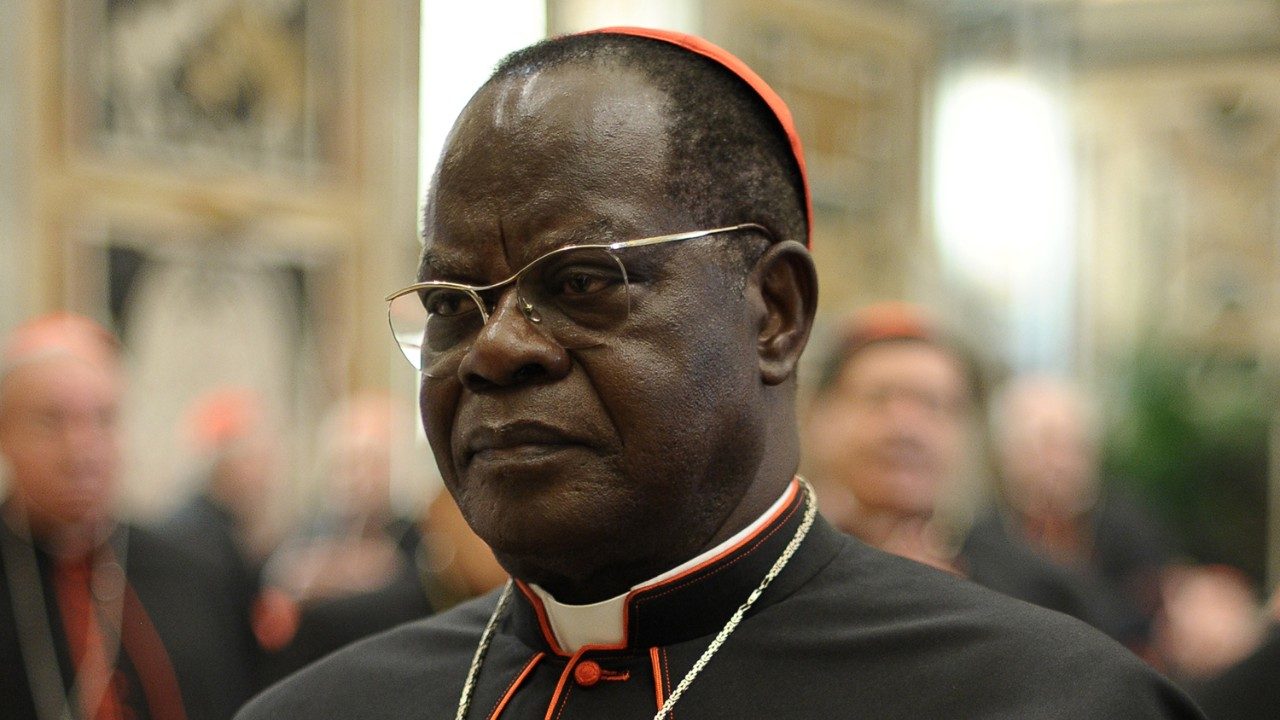 The passing away of Cardinal Laurent Monsengwo Pasinya was announced Sunday evening by his successor, the Archbishop of Kinshasa, Cardinal Fridolin Ambongo.

“I am deeply saddened to announce to the Catholic community and to all people of goodwill the death of Cardinal Laurent Monsengwo, this Sunday 11 July, in Versailles, France,” Cardinal Ambongo said in a tweet.

Laurent Monsengwo was born on 7 October 1939 in what was then Belgian Congo. He was ordained a priest in December 1963. Father Monsengwo was the first African to obtain a doctorate, in 1970, from Rome’s Pontifical Biblical Institute (also known as Biblicum). It is a prestigious research and postgraduate teaching institution specialised in biblical and ancient Near Eastern studies.

At the time, Monsengwo was only 40 years old.

Appointed Archbishop of Kinshasa on 6 December 2007, Monsengwo was created Cardinal on 20 October 2010 by Pope Emeritus Benedict XVI. In April 2013, Pope Francis co-opted Cardinal Monsengwo as one of his nine-member Council of Cardinal Advisors, dubbed the C9.

Cardinal Monsengwo will be remembered for frequently being outspoken in defence of ordinary Congolese who have been subjected to various injustices and misrule, over the years.

He was always one who spoke out when it mattered. This earned him much respect within and outside church circles. He nevertheless had his critics who derided him as indecisive when facing political crises. Often, he would be seeking a third way out, to avoid extreme positions.

In the early 1990s, on the back of his enhanced moral authority, Cardinal Monsengwo was propelled to the head of the High Council of the Republic-Transitional Parliament (HCR-PT).  It was a national body of eminent persons drafting a new republican constitution and trying to chart a much more democratic path away from the declining authoritarian rule of President Mobutu Sese Seko. As Speaker of the national parliament, ad interim, Monsengwo had the whole nation looking up to him for guidance during a critical and turbulent history.

Eventually, the long-time leader of an armed rebellion against Mobutu, Laurent-Désiré Kabila, rallied forces and overran most of the country on his march towards Kinshasa, the capital. On 17 May 1997, Kabila installed himself as head of state and reverted Zaire to its former name of the Democratic Republic of the Congo (DRC).

In the footsteps of Cardinal Malula

The uncontested father of the Church in the DRC is the late Cardinal Joseph Malula.

Cardinal Monsengwo as a shepherd and spiritual leader of the Archdiocese of Kinshasa and in some ways leader of the Church in the whole of the DRC, equally carved for himself a solid legacy.

Observers have often remarked that the Catholic Church in the DRC owns and manages an extensive network of parishes, hospitals, schools, clinics, and many diocesan economic enterprises, including farms, ranches, stores, and artisan shops. To keep all these institutions going amidst constant and considerable challenges faced by the people of the DRC requires exceptional pastoral leadership.

During his lifetime and whenever needed, Cardinal Monsengwo stepped up and proved equal to the task.

Share on FacebookShare on TwitterShare on PinterestShare on EmailShare on LinkedIn
Having trouble processing your grief? Try showing up and serving othersScottish bishops welcome idea of pope visiting for UN climate summit