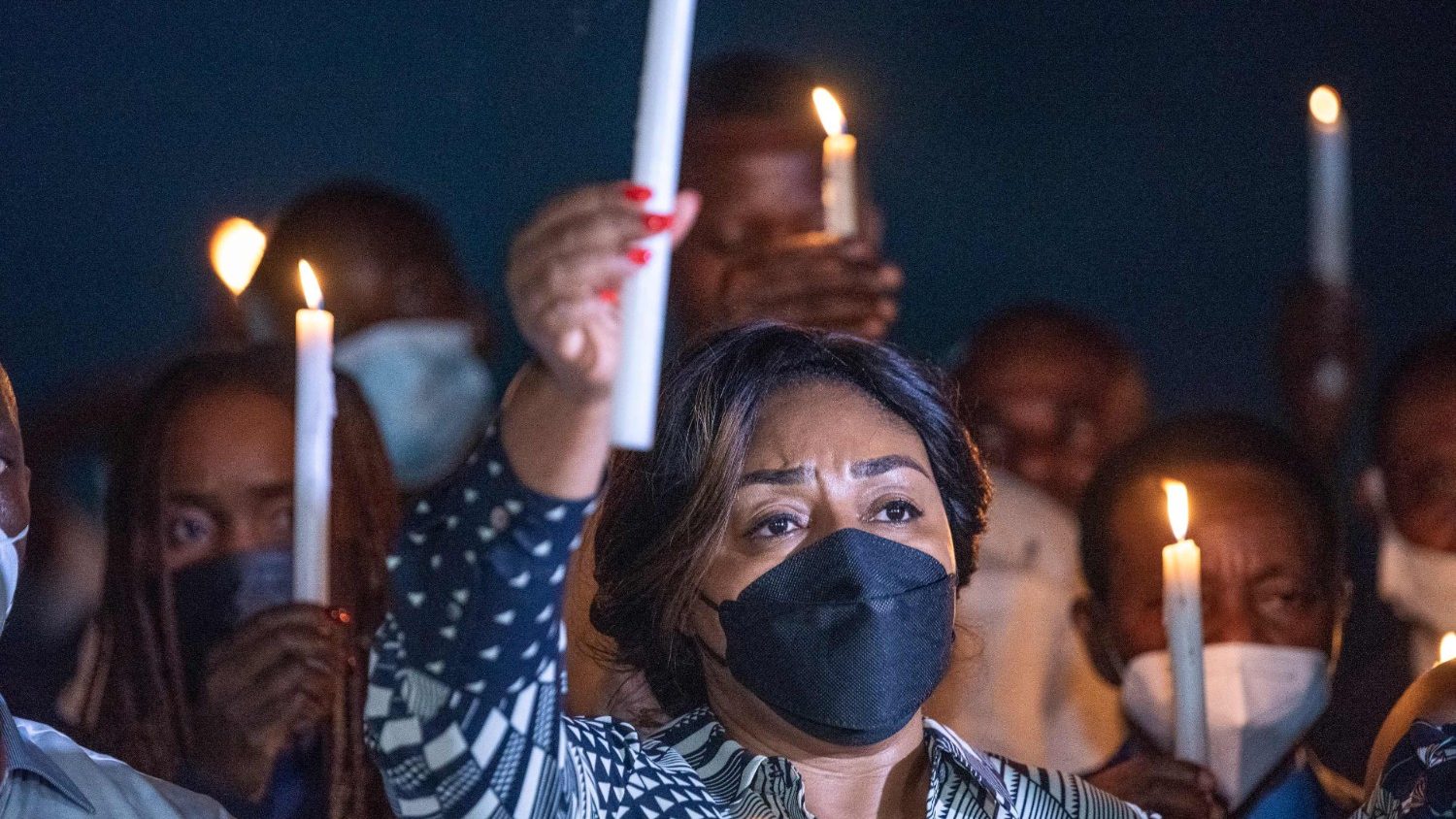 The Catholic Church in the Democratic Republic of the Congo is holding a nationwide collection to assist the thousands of people who had to flee the city of Goma in North Kivu after the recent volcanic eruption of Mount Nyiragongo.

The country’s National Episcopal Conference (CENCO) has asked the bishops of the various dioceses to organize the collection and appeal to the faithful to help their brothers and sisters who have been left homeless.

They have indicated the Sundays of 6 and 13 June as possible dates to carry out the collection.

The choice of these two Sundays is not accidental: the objective, in fact, is to collect the funds in time for CENCO’s Plenary Assembly which is scheduled to take place from 14 to 18 June. Thus, the bishops will be able to immediately plan the distribution of the money that has been collected.

In a letter signed by CENCO Secretary General, Father Donatien Nshole, it is explained that the collection will be held during the Sunday Eucharistic celebrations, but that, for the faithful and people of good will who cannot take part physically, it will be possible to make a donation online through Caritas Congo which is coordinating humanitarian aid for the population.

The eruption of the Nyiragongo volcano, located near the city of Goma, occurred on 22 May. At least 22 people have died and over 400 thousand have been displaced following an urgent appeal by the government to evacuate entire districts of the city, that counts a population of over 2 million, threatened by lava.

It is estimated that amongst those who have been forced to flee there are over 200 thousand children.

Appeals by Pope and Bishop of Goma

Pope Francis appealed for prayers for the population of Goma during the Regina Coeli on 23 May as lava threatened to bury homes and buildings.

Three days ago the Bishop of Goma, Willy Ngumbi Ngengele, appealed for help to tackle the humanitarian emergency as the people were threatened by the possibility of further eruptions.

In particular, Bishop Ngumbi Ngengele highlighted the importance of assisting displaced persons and he invited priests and religious to “make available to vulnerable people the necessary means of transport.” He also urged the faithful to “respect the decisions of the authorities, because the volcano is unpredictable.”