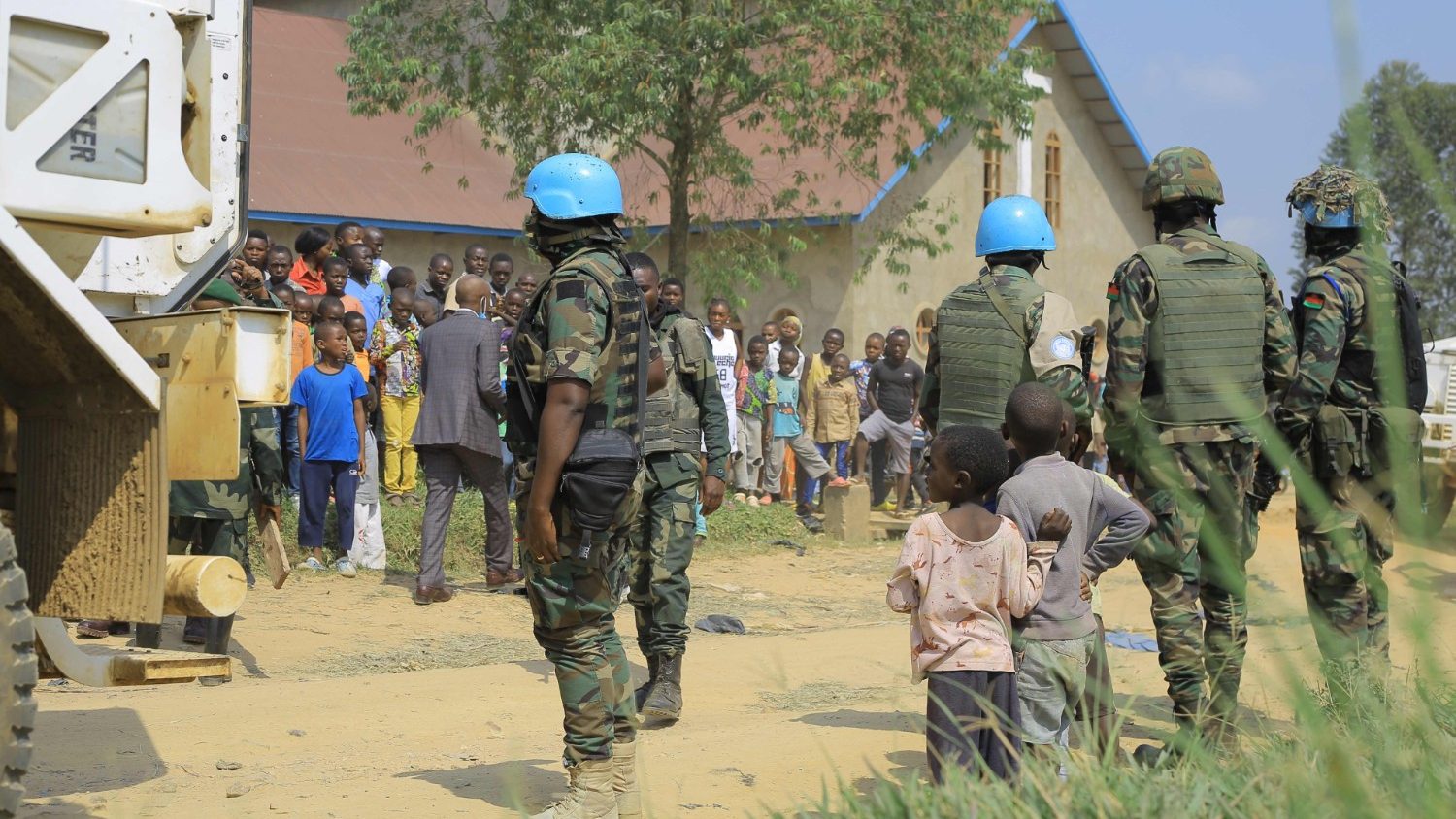 A bomb exploded inside of a Catholic Church in the city of Beni, in the Eastern region of the Democratic Republic of Congo, damaging Church property and injuring at least two people, authorities said.

Reports say that the explosion occurred around 6:00 am local time on Sunday – the result of a makeshift homemade bomb, according to experts.

Beni’s vicar general Fr. Laurent Sondirya confirmed that two people were injured in the blast that went off just before a children’s confirmation ceremony which was scheduled for Sunday morning. He suspected that the bomb was targeting the large crowd that would have gathered for the occasion.

Condemnation of the attack

The government of the DRC condemns “with the utmost energy the explosion of a homemade bomb this morning at the Catholic Church of Butsili in the town of Beni (North Kivu) causing injuries and material damage,” said the Ministry of Communication in a series of tweets on Sunday.

In the face of the attack, the ministry added that the Armed Forces of the DRC (FARDC) remain “more than determined to end the activism of armed groups in this part of the country.”

Concerned about the increasing instances of violence especially in the Eastern region of the country, the Bishops Conference of the DRC (CENCO) had issued a message in April in which they called for an end to the violence. “Stop killing your brothers!” the Bishops implored, “Their blood cries out from the earth.”

In their message, the Bishops expressed hope for a structural reform of the government, better management of the army and the disarmament and social reintegration of demobilized soldiers to prevent them from swelling the ranks of the militiamen.

Following the explosions, residents of the city of Beni have been placed under curfew from 9: 00 pm to 5: 00 am with checkpoints put in place to monitor the movement of people and goods. Authorities also warned about the possibility of further attacks.

“I don’t want to see anyone in the street,” said Beni Mayor, Narcisse Muteba on Sunday as he announced the curfew. “Everyone should go inside because we have information that something else is being planned.”

The authorities’ concern stemmed from another bomb explosion, the day prior, at a petrol station on the outskirts of Beni which did not cause any significant damage.

The Ministry of communication also announced the explosion of another makeshift bomb in a suicide bomb attack at a bar in Beni on Sunday evening in a separate Twitter post. The ministry explained that the bomb went off early, killing the suicide bomber as he approached the bar. Another suspect was apprehended and is undergoing interrogation as authorities continue their investigations.

The City of Beni is in the North Kivu Province of the DRC’s conflict-plagued east. It is also one of the two regions President Felix Tshisekedi placed under a “state of siege” in early May in a bid to clamp down on militia violence in the region.

Sunday’s explosion is notable as bomb attacks targeting Churches are not common in the DRC. In fact, the latest explosion was the first time a building belonging to the Catholic Church- the country’s largest religion- had been directly targeted in Beni territory.

However, several armed groups operate in the Eastern region of the DRC, including the Allied Democratic Forces (ADF), an Islamist militant group that originated from Uganda and has been holed up in the DRC since 1995.

The ADF has been implicated in multiple attacks in the region in past months, including the killings of two imams in Beni in May. The Imams had reportedly been vocal against the activities of the ADF.

So far, no group has claimed direct responsibility for the attack on the Church on Sunday.

Share on FacebookShare on TwitterShare on PinterestShare on EmailShare on LinkedIn
Catholic agency offers help after 'heartbreaking' collapse of buildingPropaganda Fide: Promoting the Church’s mission to the ends of the earth